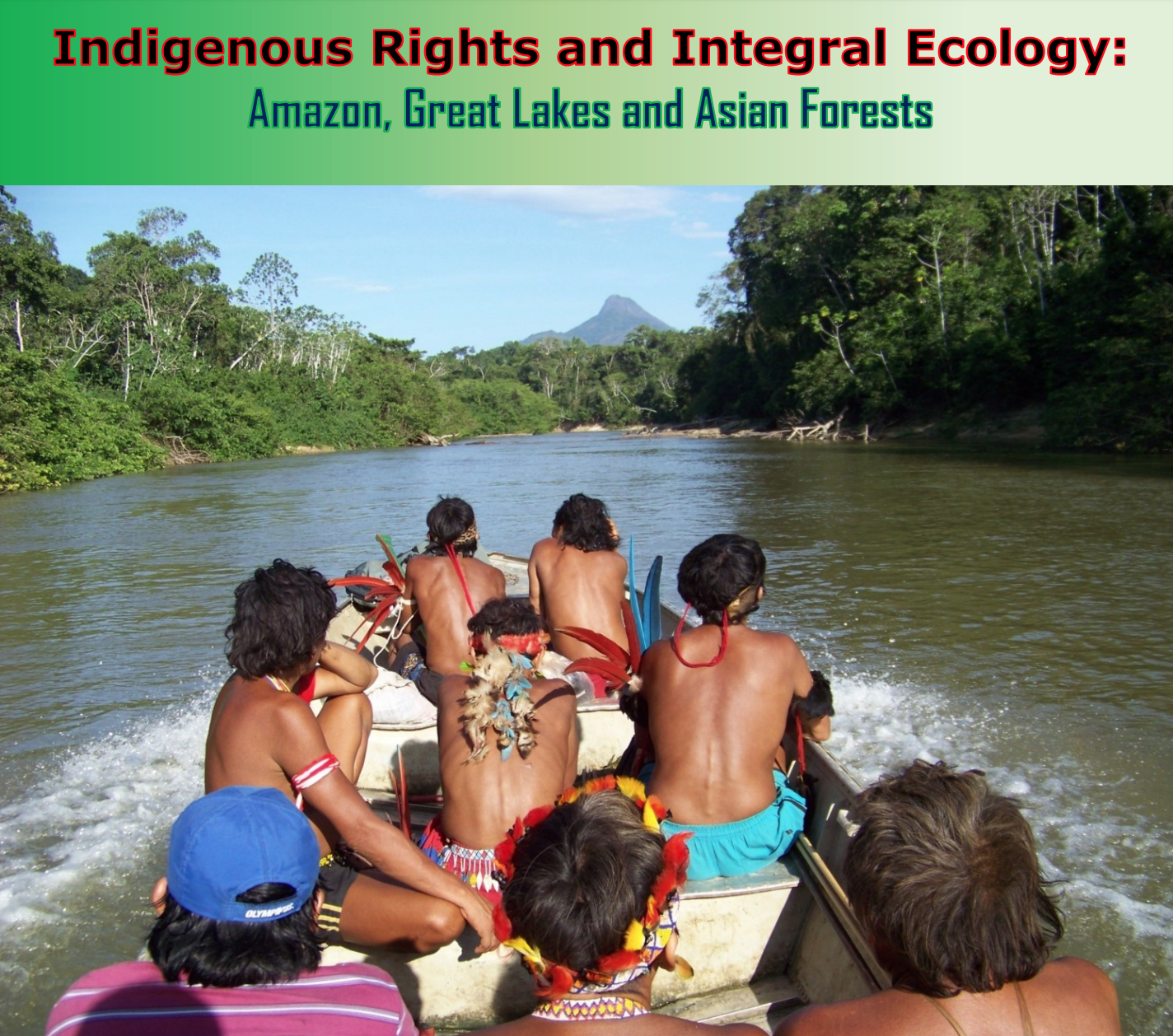 Ecojesuit shares the editorial by Father Xavier Jeyaraj SJ, Secretary of the Social Justice and Ecology Secretariat (SJES) originally published last year in Promotio Iustitiae (Issue No127, 2019/1) with the theme: Indigenous Rights and Integral Ecology: Amazon, Great Lakes, and Asian Forests. As we commemorate the International Day of the World’s Indigenous Peoples and with the Universal Apostolic Preferences of the Society of Jesus that give focus on Indigenous Peoples as one of the excluded communities we need to engage with and accompany, Fr Jeyaraj also chronicles the continuous focus of the Society of Jesus on indigenous communities. This serves as a helpful reminder to the critical work needed in responding to the concerns of indigenous communities, who are now made more vulnerable by the coronavirus pandemic.

The Encyclical Laudato Si’ of the Holy Father Pope Francis on the care for our common home is a compelling critique of not just an environmental crisis but also a moral and ecological crisis. He clearly points out that there is an “intimate relationship between the poor and the fragility of the planet.” (LS 16)

Continuing his concern over the interconnectedness of the ecological crisis and the poor, focusing particularly on the indigenous, Pope Francis suggested a Pan-Amazon Synod and said, “The main purpose of this convocation is to identify new paths for the evangelization of this segment of the People of God, especially the indigenous peoples, often forgotten and without the prospect of a peaceful future, also due to the crisis of the Amazon rainforest, the lungs of paramount importance for our planet.”

The Synod on the Amazon was held in Rome in October 2019 and went beyond the Amazonian geographical region. As the preparatory document declared, “This is only a beginning of building bridges with other important biomes of our world like Great Lakes, Asian forest regions and Guarani Aquifer among others.”

The UN Permanent Forum on Indigenous Issues says, “Indigenous peoples around the world have sought recognition of their identities, their ways of life and their right to traditional lands, territories and natural resources; yet throughout history, their rights have been violated. Indigenous peoples are arguably among the most disadvantaged and vulnerable groups of people in the world today.”

Despite significant progress in recognizing the rights and dignity of the indigenous, the global rush for land and exploitation of natural resources by rapacious corporations in collusion with corrupt politicians is rapidly destroying these regions and dispossessing them of their primary means of survival. In fact, the indigenous rights defenders, both individuals and organizations, are in turn facing a vendetta of increasing criminalization and violations of their rights.

In the Society of Jesus, the first authoritative expression to ecological concerns was expressed in Decree 1 of General Congregation (GC) 33 in 1983 that elected Peter Hans Kolvenbach as the General. It said, “Lack of respect for a loving Creator leads to a denial of the dignity of the human person and the wanton destruction of the environment (n.35).”

In 1995, Decree 20 of GC 34 once again echoed the concerns of an integral ecology and recommended to Father General to make a study and take concrete action. Based on that call of GC34, the Social Justice Secretariat did a study and published We live in a broken world in April 1999. The study highlighted the three areas to be stressed in relation to ecology as proposed by GC34, namely Ignatian spirituality, apostolic work and co-operation, and lifestyle and institutional decisions.

The appalling conditions of Indigenous Peoples were recognized. “Indigenous peoples in many parts of the world, isolated and relegated to marginal social roles, see their identity, cultural legacy and natural world threatened…” and invited the “whole Society to renew its long-standing commitment to such peoples” (GC34, D3, #14).

The call of GC35 to act responsibly resulted in an Ignatian discernment process and the preparation of a special report on ecology called Healing a Broken World. The 2011 report applying the see-judge-act method of Catholic Social Teaching presents concrete recommendations for action at various levels.

Acknowledging the need for urgent action, every Jesuit was invited to “move beyond doubt and indifference to take responsibility for our home, the earth” (GC35, D.3, #31). It said, “Care of the environment affects the quality of our relationship with God, with other human beings, and with creation itself (#32)… Poisoned water, polluted air, massive deforestation, deposits of atomic and toxic waste are causing death and untold suffering, particularly to the poor. Many poor communities have been displaced, and indigenous peoples have been the most affected (#34).”

In keeping with this call, the provinces and conferences took concrete initiatives to be with and to accompany the indigenous in their struggles in new and creative ways. A few Jesuits from the conferences reflected and shared their views on the apostolate with Indigenous People.

In many of these places, very good work is going on amidst difficulties, tensions, persecution and conflict, which could help us build a larger vision and pathway for the Church and for the Society of Jesus as regards to the plight of Indigenous Peoples and their relation to ecology and environment.

In the issue of Promotio Iustitiae with the theme Indigenous Rights and Integral Ecology: Amazon, Great Lakes, and Asian Forests and keeping the Synod on Amazon at the background, Jesuits from the five Conferences who are accompanying Indigenous Peoples over many years reflect on indigenous rights and integral ecology from the perspectives of justice and reconciliation.

The Synod is a wonderful opportunity for the Church to collectively discern, plan, and find new paths towards an integral ecology from the standpoint of the symbiotic relationship that exists between the indigenous people and ecology and the growing moral and ecological crisis.

The authors from Latin America, Canada, USA, Africa, the Asia Pacific region including Australia, and India not only share their testimonies, thoughts and ideas based on their personal experience of being with and working with the indigenous, but also critically analyze, reflect, and raise concerns about the struggles and aspirations of Indigenous Peoples today.

The authors also challenge and question our individual and collective attitudes towards Indigenous Peoples. Often, we are caught up with our own involvement in the material and power-oriented world around us. Indigenous communities and their simple life, values of community, hospitality, care for one another, and their symbiotic relationship with nature do not seem to be important to us and more so to those in the seat of power.

As one of my tribal friends in India told me, “If you truly want to save the earth, respect, protect, and defend the indigenous and their rights.”