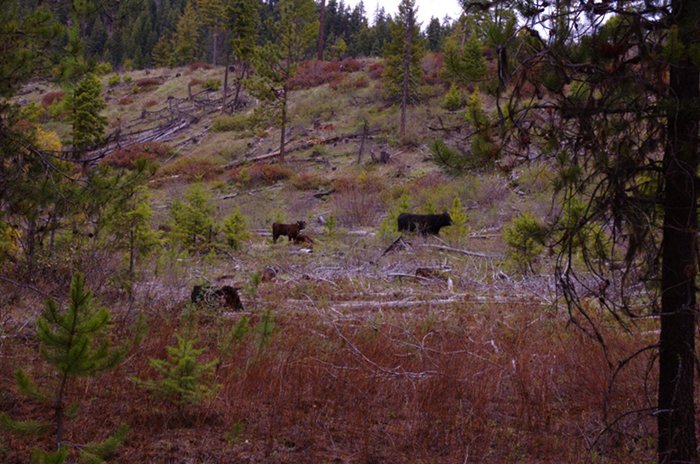 In Father General’s document on ecology, “Healing a Broken World,” the introduction begins by reminding us that an important part of the Society’s mission is to respond to ecological and environmental challenges.  The starting point of my project, which is to develop a stream biomonitoring program at the Colville Indian Reservation in the northern part of Washington, USA, is to respond to this invitation to action on behalf of the earth and its waters.

Here at the Colville Indian Reservation, as with other indigenous Reservations in the West, poverty is widespread and economic opportunities scarce.  A solution for the Colville Reservation is to sell timber in order to get revenue.  Throughout the 20th century, logging roads were built, mostly along stream courses to access remote areas for logging.  Apart from the damage caused by clear-cut logging, to the ability of hillsides to allow water to drain naturally and gradually into the streams, road building near streams allowed road sediments to drain into streams, damaging the ecological health of these ecosystems.  Cattle ranching at the Colville Reservation damages streams as cattle are allowed to freely range.  They may graze anywhere, including along streams, where they pollute the waters by defecation and by eroding the stream banks, causing more sediments to enter the streams that are not protected from cattle by fencing.

Most cattle ranchers are non-Indian.  The traditional wisdom of the First Peoples of the Columbia Plateau sees that water has sacred value.  A Grandfather told me that water is the most sacred element of Mother Earth.  The goal of the stream biomonitoring program is to provide the Tribal government with ongoing information on the ecological quality of Reservation streams.

To assess the ecological health of running water in the Reservation, I use the stream bottom insects, the most sensitive signal of stream health.  My study involves assessing and comparing the impact of logging, cattle, and roads on streams across a gradient of most to least impact.  I have collected samples of insect communities from these streams.  Once I identify the insects collected, I will compare the diversity of the most sensitive insect groups among the streams, and compare the numbers and diversity of sensitive insects with the numbers and diversity of insects that can tolerate pollution.  Then I will develop graphs that show the responses of insect communities to the various amounts of human impact.  This data will be used to develop a numerical index of ecological health.  Such an index will be used to evaluate not only these exemplar streams, but also non-exemplar streams of interest.

I am looking for interested tribal members to work with me on this and an online database will be developed.  I hope that the ongoing information provided by this project on stream ecological health will influence tribal decision makers to make informed decisions on sustainable natural resource use in the interests of the Reservation people and the conservation of their waters that they, like us, hold sacred.

Joseph Fortier, SJ, born in Spokane, Washington, USA in 1951, entered the Society in 1978 and works as biologist and priest at the Colville Indian Reservation in Washington State, USA.  His previous areas of research include entomology (evolution, taxonomy of parasitic wasps) and the relationship between evolutionary biology and Christian faith.  Recently, he published a book titled “Confluence: Toward an Integration of Evolutionary Science and Christian Faith.”  Fortier holds a doctorate in systematic entomology and has published on insect phylogeny and taxonomy and also taught biology at various Jesuit universities for 10 years.  He also developed and taught an undergraduate course on evolution and Christian theology.