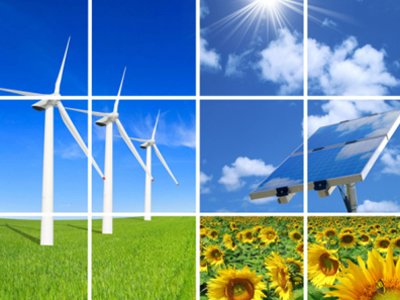 Renewable energy could provide more than 80% of the entire world’s energy consumption by 2050, and this could mean a reduction of 30% in global greenhouse emissions, according to the Special Report on Renewable Energy Sources and Climate Change Mitigation by the Intergovernmental Panel on Climate Change (IPCC) Working Group III (Mitigation of Climate Change) in Abu Dhabi last 9 May.

While many voices doubt the capacity of renewable energies to be able to satisfy energy demand, the 120 scientists gathered by this UN-sponsored group affirm that “the technical potential of renewable energy surpasses present demands.”

Renewable energy today provides 13% of total energy supply. But according to this report, we are so far using less than 2.5% of its capacity. As the Cuban Ramon Pichs, one of the three vice-presidents of the working group, remarked, “It’s not the access to resources but government policies that will enable us or not to develop renewable energy.”

The IPCC does not itself carry out research. Instead, its methodology consists of collating the best scientific information already published about climate change or related issues. Collecting and analysing this already published information entails a fresh revision of the original research, done by groups of volunteer scientists. Their reward is to belong to such a respected group. This method has once again been used to produce this 1,000-page report. As usual with IPCC reports, the “Summary for Policy Makers” was voted line by line by the 194 government representatives making up the Panel.

This report is highly sensitive, which explains why oil-producing states such as Saudi Arabia, Oman, and Qatar were actively trying to delay its completion. Even as the report was being presented, the representative from the United Arab Emirates recalled that “nuclear energy and the technologies to capture CO2 emission also have their place” among the strategies to reduce greenhouse gas emissions (though they did not mention that fossil fuels are among the major emitters).

There are big questions posed by the report. What energy policy must be promoted and subsidised by governments? What is the real rhythm of depletion of fuel fossil stocks?

The IPCC scientists do not answer these questions directly but their orientation is clear. According to the co-President, the German economist Ottmar Edenhofer, “the report shows clearly that renewable energy has an enormous potential to reduce greenhouse gas emissions, that it is feasible to increase the supply from these sources, and that by not using them, the cost of reducing CO2 emissions will be higher.”

The report evaluates the potential capacity of renewable energy, its costs, the market tendencies and foreseeable innovations in six sources of renewable energy: bioenergy, solar energy, geothermal energy, hydropower, ocean energy, and wind energy. It also evaluates the social and environmental impacts – energy balances, the life cycle of the resources, and materials used – considering no fewer than 164 possible scenarios.

In the worst-case hypothesis, the share by 2050 will be only 15%. But most projections indicate a clear tendency to grow: more than half of the scenarios fall in the range from 17% to 27% by 2050, and the most ambitious reach, 77%.

Logically however, to achieve these targets would demand an important effort both technical and political. Investment, according to the scenarios, will increase from €951 billion to €3,565 billion by 2020 and by a further €1,041 billion to €5,016 billion over the following 10 years. Anyway “we are talking about less than 1% of the world GDP, this shows this is an affordable effort,” stressed the well-known President of the IPCC, Rajedra Pachauri.

In general, the report acknowledges that the production costs of renewable energy are higher than those of fossil fuels, although new technological improvements and political willingness should push for a significant cost reduction. While the nuclear plant at Fukushima still remains inaccessible and not fully under control, and while the crises in the Arab countries raise anxieties about the security of supplies, the IPCC’s positive message concerning renewable energy reveals new elements that promise a more feasible and consistent shift in our energy sources.