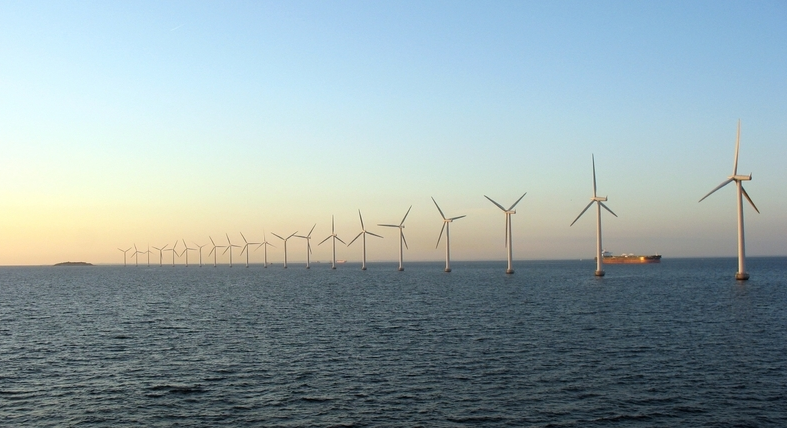 Is alternative energy the silver lining from the Gulf oil spill?
By Ross Densley

The Gulf of Mexico oil spill may transpire to be one of the biggest man-made disasters of all time, but in a strange twist of irony, the destruction off the US coast and surrounding environment by the gushing riser oil pipe could relight the cause for alternative energy and a cleaner environment.

It seems morbid to consider anything as bad as 70,000 barrels of crude oil pumping into one of the world’s richest oceans as having a silver-lining, but in some instances it takes a thumping blow from a heavy object – in this case an oil slick the size of Delaware, and growing – for the masses to champion alternative, cleaner means. And that doesn’t just mean within the US, but across the entire world.

Championing alternative energy across the world

Within the US, President Obama has championed the need for more offshore drilling, in an effort to restrict America’s reliance on Middle Eastern energy. This was a statement echoed by ex-Alaskan Governor Sarah Palin in her “drill, baby drill,” calls, and by California governor Arnold Schwarzenegger. However, since the Gulf of Mexico spill, President Obama has put a hold on future offshore drilling and Governor Schwarzenegger has taken a monumental u-turn, essentially turning his nose up at suggested drilling projects off the Californian coast in the Pacific.

But that isn’t enough and the call across the world for alternative energy mustn’t be a hollow one. In fact, the argument for cleaner energy has been ripe for decades after rising atmospheric carbon levels and the reduction in the polar ice-caps. Using fossil fuels like oil is not only toxic for the environment, but its becoming more difficult to extract, and oil companies are having to go into areas like the continental shelf to meet humans’ hunger for fossil fuels. The problem with areas that are difficult to excavate means a smaller margin for error, which in turn means a bigger possibility for catastrophe, and as drillers push the boundaries, regulators don’t always mandate preparation for disaster recovery or perform independent monitoring.

If oil companies were in school, they would be bottom of their safety class. In roughly two-decades of deepwater drilling there have been fires, equipment failures, wells that collapsed and platforms that nearly sank, and most recently, one that did.

With all the doom and gloom around fossil fuels, and the fact they are a finite commodity, its a wonder that alternative energy isn’t championing its way to a brighter, greener future for us all. But there are, of course, hurdles that inexplicably stand in the way of eco-friendly change.

First off, it simply takes years for new technologies to get a foothold in the market, and up to 20 or 30 years to push aside existing products or techniques. And in this instance, the market is enormous. Global power consumption is estimated to total 150 trillion kilowatt-hours in 2010. The utility industry in the US, the most energy-hungry nation on the planet, produced an estimated 3.7 trillion kilowatt-hours of electricity in 2009. Nearly half of that was produced by coal, while solar power contributed a less than 0.1 percent.

Wind energy is the fastest growing alternative energy across the globe, but to highlight just how small the wind energy market share is, at the end of 2008 there were still only 121.2 gigawatts of generated capacity, representing around 1.5 percent of global electricity consumption.

Solar power, being championed in North Africa with the Desertec initiative and in leading alternative energy countries like Germany, is still responsible for a minuscule percent of total global energy usage; around one percent.

The smart grid – the key to alternative energy infrastructure

The biggest problem for alternative energy is cost and infrastructure. Indeed, going green has been viewed as an expensive nuisance and the entire global economy is built on fossil fuel infrastructure. For alternative energy to not only get a toe-hold in the market but overtake and succeed fossil fuels, would mean spending money that is simply incalculable and most likely incomprehensible. But change is necessary, and for every sea bird that washes up on the Louisiana coast or fisherman that proclaims poverty, it is evident in Washington and across the world that there is alternative energy to be utilised at the expense of fossil fuels.

The major stumbling block for alternative energy is integrating renewables into a smart grid. There really is a problem with moving clean energy and putting it onto the gird without it being adequately integrated with other forms of power or optimised as a reliable first-tier energy source.

Such ‘grid congestion’ could act as a barrier to full utilization and potential renewable variability could cause reliability challenges at relatively high levels of distribution.

Not just that, but much of the structure of the existing grid is not particularly well suited to fluctuating power sources like solar and wind. An example are the windy plains of the American Midwest and the deserts of the Southwest that could potentially provide the whole of the US with wind and solar power; unfortunately, the transmission lines aren’t in the right place, being at the tail ends of the grid, isolated from the large lines that supply the major cities.

Worry we might, but panic we mustn’t, as there are better, more advanced green technologies on the way to relieve our dependence on fossil fuels, but it’s going to take a long time for them to capture a significant share of the global market for electricity.

Government policies, carbon pricing, higher oil prices and excavation disasters can all speed the adoption of cleaner energy, but the sheer size of the market means it will take decades of aggressive installation before we see a fossil fuel free infrastructure. Perhaps by 2050 in Europe?