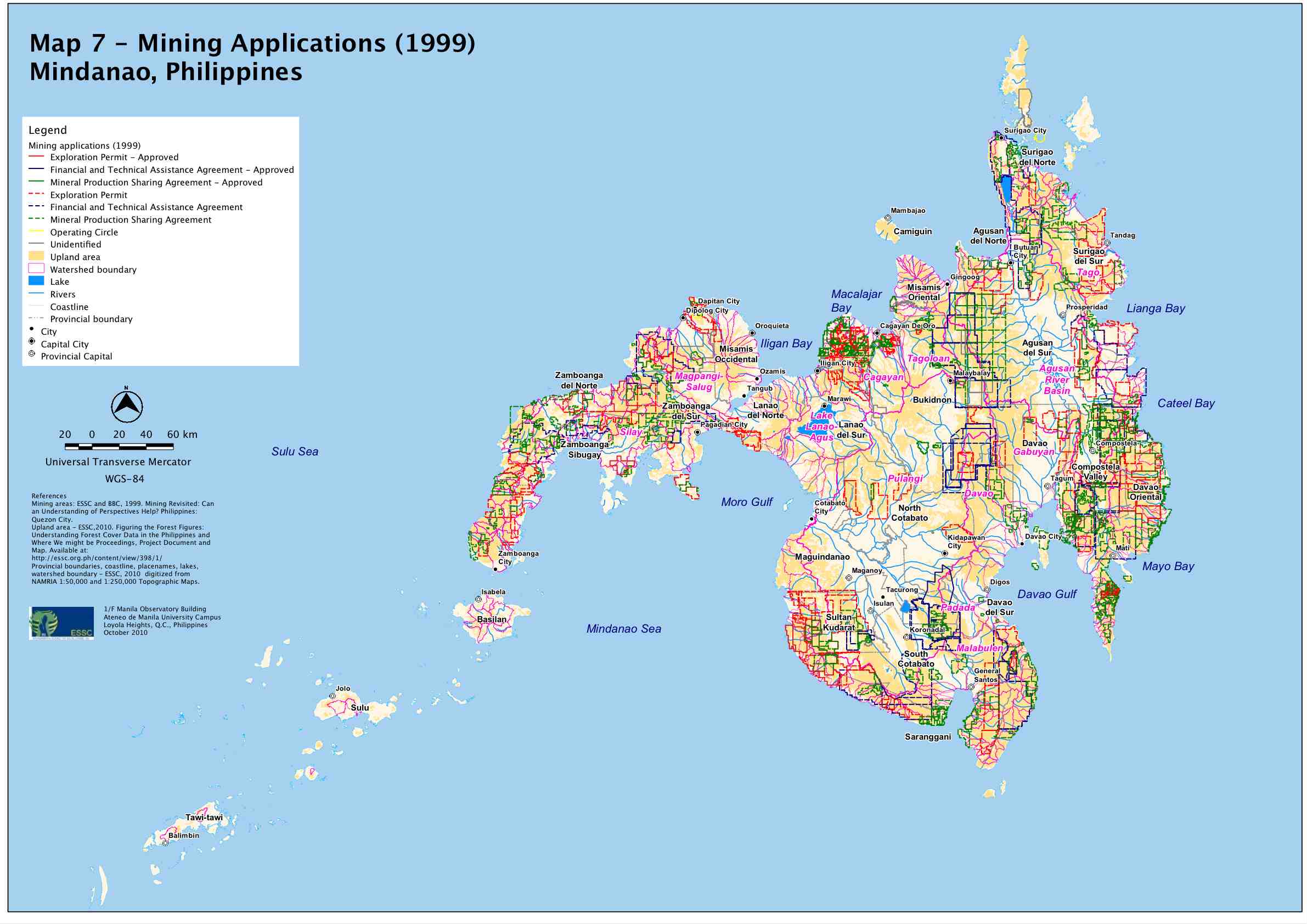 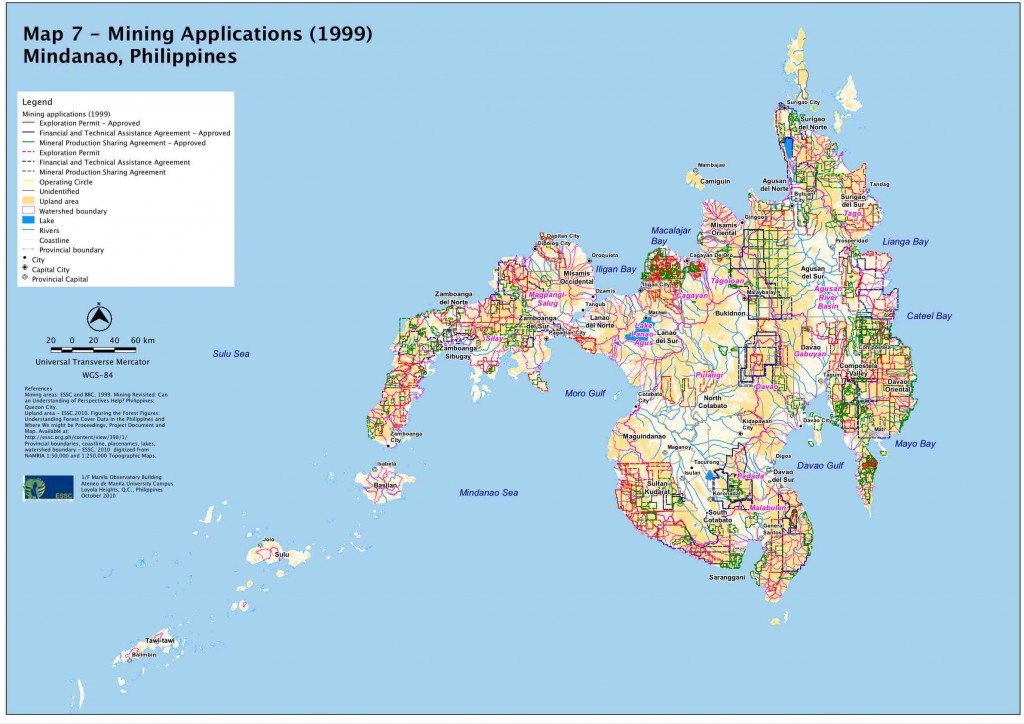 As the Philippines awaits the Aquino administration’s new take on mining, it is valuable to revisit some of the issues and concerns surrounding mining in the Philippines. We can only hope that the new executive order takes these issues into consideration and seeks productive ways forward in terms of mining.

In a presentation made to the Society of Jesus’ Social Apostolate (SJSA) colloquium on mining held recently, Pedro Walpole, SJ ran down a list of key concerns with mining, some of which were very specific as to the role and position of the Jesuits.

Over the last 15 years, individual Jesuits and Jesuit institutions and partners have been engaged in the mining dialogue, and some clearly opposed specific mines or mining practices.

More recently, the Jesuit universities in the Philippines came out quite strongly in favor of a moratorium on new mining sites. This must not be misinterpreted as simply a blanket “no” to mining. While it may appear to be a tentative position in that the universities chose a path that will take more time for study and analysis, it is a position that expresses the need for more discernment as to what we are willing to risk when it comes to mining. One Jesuit is very clear that we need the employment and development that the mining industry promotes. This is certainly a valid point, but one that continues to be the subject of debate.

This being the case, the Jesuits as a whole are being asked, worldwide, to understand their role and responsibility for the environment (GC35). We are all a part of the problem, and we must be part of the solution. First off, if Jesuits are engaging in the mining concerns of today, there is a need for greater transparency in terms of investments and relationships. The Jesuits cannot invest blindly and must seek investment strategies that do not compromise values or the common good. The National Jesuit Committee on Investment Responsibility in the United States is actively promoting social change in corporate practice, through their engagement as shareholders. Even donations received by the Jesuits must be treated with transparency. It would go against principle to say that certain mining operations are unethical and irresponsible, while having interest in or receiving donations from the industry.

Debate continues as to the role mining plays in development. The mining industry has become more aggressive in terms of emphasizing its contribution to development. However, questions remain as to the kind of development mining is promoting in the country. Major concerns still need to be addressed, and not only by the mining industry. Government also has a role to play, especially in terms of clarifying inconsistent regulations at the national and local government levels.

There have been clear instances of human rights abuses perpetuated by the mining industry. In other situations that may not have blatant human rights violations, there is still a deep concern over the divisions that mining is causing within cultures. This situation cannot simply be accepted as a condition of globalization, nor should it be accepted as the only way to develop. We must seek a way forward that respects and values people’s rights – including their right to choose a different development path.

The costs and benefits of mining also need further and more careful study. Questions prevail as to the whether the benefits of mining are sufficiently and fairly distributed, and whether the social and environmental costs are fully considered and compensated. The mining industry glossed over much of the risk potential of mining and failed to account for its failures. 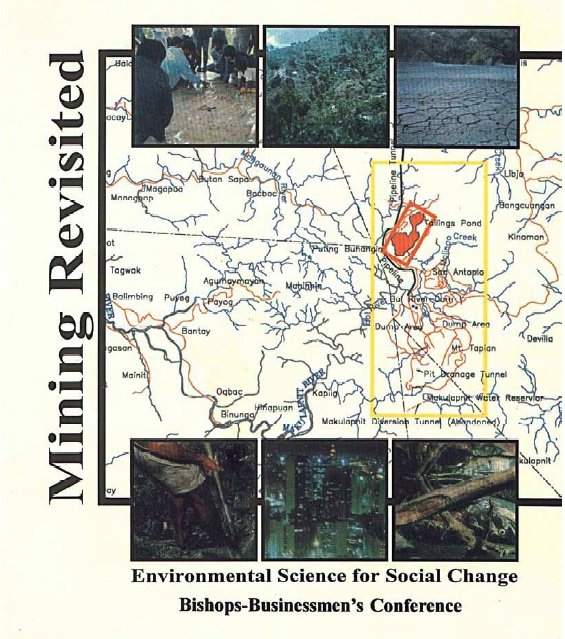 The Philippines has a legacy of 21 mines with unresolved issues, which only serves to feed the lingering suspicions among community and civil society groups. The cases are not all bad however. Philex Mining Corporation clearly showed that it is possible to operate a mine with a sense of social responsibility and integrated development. Philex’s Padcal Mine in Benguet (a province in northern Luzon, Philippines) is identified as one such mine. That being said, when the World Bank was looking for cases of best practice in mining, the only sites that met their criteria were in Peru, Canada, and Australia. These were in dry or temperate areas with low population density. When trying to locate a site in the highly populated wet tropics, no suitable mining site could be found.

While we await clarifications on mining policy, attention must still be given to the operational conditions of mining. The conduct of the Environmental Impact Assessment (EIA) must not be an exercise undertaken simply for the sake of compliance. In fact the EIA process should be expanded and properly implemented in order to facilitate decision-making on mining applications. No-go areas must be identified – built-up areas, small island ecosystems, areas with critical resources, as well as agriculture and water-sensitive areas. These areas must be delineated and closed to mining activity.

Given the history of the mining dialogue and debate, it is clear that the problems will not be solved overnight, nor will they be solved within this administration. The new mining policy will not be a cure-all to the ills of mining in the Philippines, and rather than answer all the questions, it is more likely that new questions will be raised. There is a need however to enter this new phase of the mining dialogue by recognizing that this is a process that will take time, study, and most of all, collaboration and partnership. Rather than focus on mining as a conflict point, we must remain committed to authentic human development and seek ways to respond to the issues with integrity.

The Jesuits will remain engaged with these concerns – when temperaments allow. As we already saw, there will be a diversity of responses. The deepening of our understanding of the ethical basis of human development will be an important guiding principle for Jesuit involvement in this dialogue.

Mariel de Jesus is a Research Associate at the Environmental Science for Social Change, a Jesuit research organization in the Philippines. Mariel also assists Pedro Walpole, SJ in developing the ecological agenda for the Task Force on Ecology.