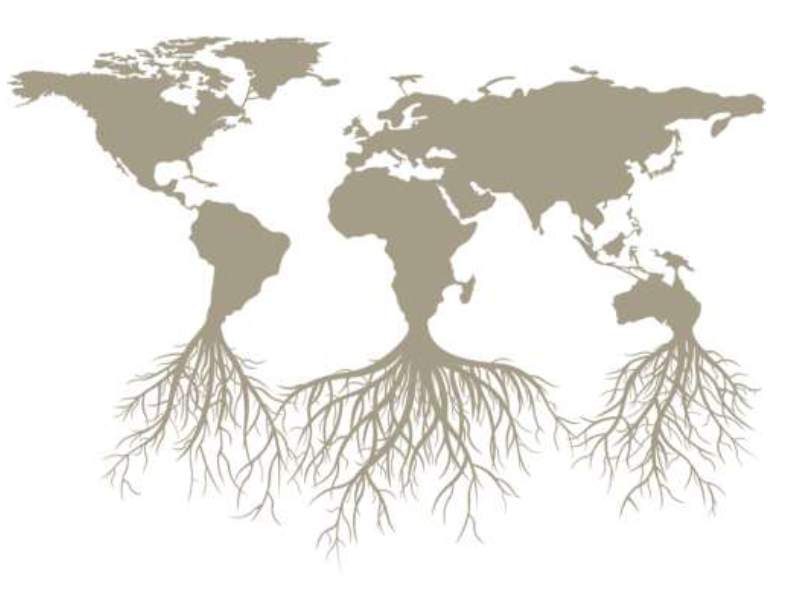 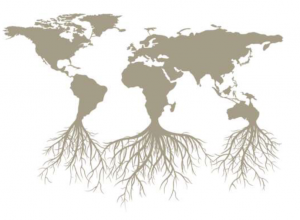 In the time leading up to the General Congregation (GC) 35, there was much excitement about how the supreme governing body of the Society of Jesus would treat the subject of ecology.  The GC 34 (1995) recognized its importance but did not come to discuss the issue and asked Father General to study it more deeply.  Father Kolvenbach commissioned this work to the Social Justice Secretariat, then under the responsibility of Michael Czerny, and prepared the document in 1999 entitled A Broken World.  This document has, for many years, accompanied the reflection and the work of many Jesuits and lay partners involved in ecological and environmental issues.

Many things changed since 1999, and in 2008, GC35 was held.  It is understandable that there was great interest to know the position of the GC towards this issue, apart from the fact that the theme of ecology is the one that received most requests for discussion.

GC 35 took it seriously and therefore decided to incorporate the environmental and ecological challenges at the core of the mission of the Society.  The GC endorsed the commitment from previous general congregations about the service to the faith and the promotion of justice (GC 32) and that this engagement should be done in dialogue within cultures and with the different religions (GC 34), and to highlight today that this ministry should be developed at the frontiers and answering to a call for reconciliation (GC 35).

In this sense it’s important to realize that ours is a broken world not only because of environmental issues but the brokenness that touches many aspects of social life.  GC 35 is a strong appeal to live our Jesuit vocation in the service of the reconciliation with others, with God and with the entire creation.  In this sense, GC 35 wants this perspective to affect our entire life.  It’s not one more activity among others.  It wants to bring us an integrated way of looking at the whole reality. 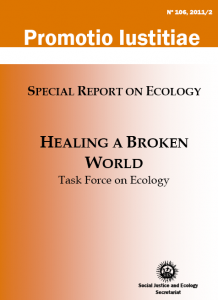 Undoubtedly we live in a broken world, seeking, often desperately, for healing.  This is the title of a new document just released,  Healing a Broken World.  This document was developed by a Task Force at the appeal of Father General and convened by the Social Justice and Ecology Secretariat (through Fernando Franco, and replaced by Patxi Alvarez) and the Secretariat for Higher Education (the late Paul Locatelli, succeeded by Ronald J. Anton).  A group of Jesuits and lay people, from all the Conferences, worked through their various disciplines to help the Society of Jesus, collaborators, and friends in also reaching out to those frontiers where nature and human life are seriously threatened.

For Ecology and Jesuits in Communication’s editors, this is a special moment of joy.  With the publication of “Healing a Broken World” (Promotio Iustitiae, number 106), a step forward is taken from GC 35.  Besides offering an update of the context, describing new events and developments, “Healing a Broken World” suggests many different commitments and initiatives that can be undertaken at different levels of the Society of Jesus: Conferences, Provinces, communities and works.

But most important, we believe this document is a very sincere invitation to make ecology a topic and reason for discernment, to promote open searches in common, especially in our communities and apostolic works.  At the same time this document was published, Father General Adolfo Nicolas, sent a letter to all the Jesuits stressing the importance of realizing the implications of our mission to the ecological challenges that “demands of us a change of heart that manifests our gratitude to God for the gift of creation and our readiness to embark on the path of conversion.”

This is also our inspiration, and to which we would like to contribute.

Healing a Broken World is available in English , Spanish, French, and Italian.

One thought on “Jesuit response to environmental and ecological challenges: healing a broken world”