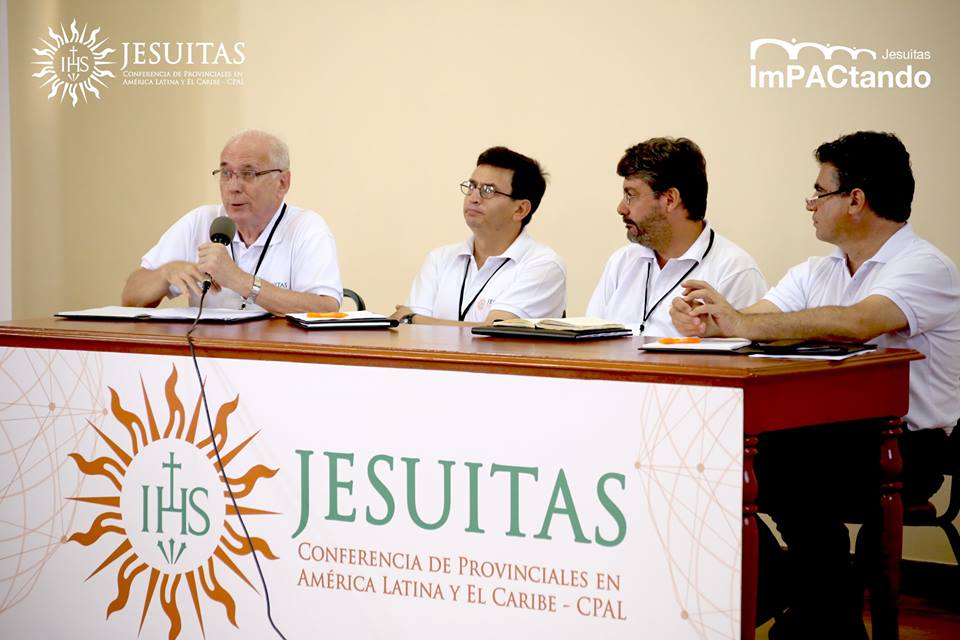 Ecojesuit shares this commentary from Roberto Jaramillo, SJ as he assumes his position as the new president of the Conference of Jesuit Provincials in Latin America and the Caribbean (CPAL).  The text is originally written in Spanish, Palabra de la CPAL: Un verdadero “sínodo” jesuítico latinoamericano y caribeño.

It was a fraternal pleasure to meet more than 110 colleagues in Lima from 20 to 24 March.  For the first time in the history of the Society of Jesus in Latin America and the Caribbean, ImPACtando  gathered members of all the networks and projects (24) and all the provinces (12) of the continent, together with Fr. General and four of his assistants, in a huge Jesuit Latin American and Caribbean synod.

Challenges facing our current reality were presented as these impact the six priorities of the Conference of Jesuit Provincials in Latin America and the Caribbean (CPAL)  in its Common Apostolic Project:

Through personal prayers and group sharing, we formed a common discernment that will undoubtedly lead to the renewal of our service in the networks, programs and projects of the CPAL, as well as in our respective provinces.

Some of the most important points emerged as challenges, not only for the core CPAL team (and their action on behalf of the Assembly of Provincials), but also to be re-thought and welcomed as “divine calls” by all networks, projects, programs, and Provinces.  These are:

Our meeting was a privileged moment to feel and renew our conscience of being all companions of Jesus: to work with Him, to have the same feelings, not to overtake Him because The Mission is His, but not to be left behind by our fears, insecurities, traditions, and comforts; as in the example of Ignatius who “followed the Spirit.  It was not ahead of him. In this way, he was led softly to where he did not know.  Little by little the way was opened to him, and he went walking wisely ignorant.  Put simply your trust in Christ.” (Nadal, FN II, 252)

Paco Ivern, the first CPAL president, told me in a corridor conversation: “We have made much progress.  Twenty years ago this was practically impossible.”  Much remains to be done.  Moses, standing before the waters of the Dead Sea, with the anguished people and Pharaoh’s troops pursuing him, says to him, “Why do you cry to me? Tell my people to advance!” To us today, as one Apostolic Body, God gives us the same invitation.

We are all CPAL.  The Common Apostolic Project belongs to everyone. Let us not ask what CPAL can do for me, but what should I do in CPAL.  The executive team is at your service.