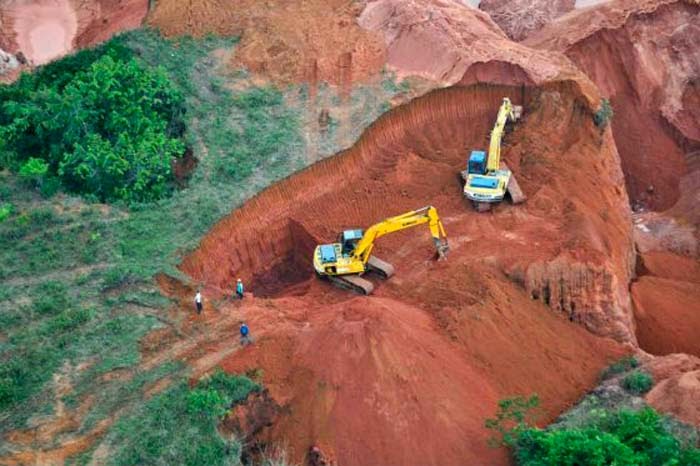 As he himself asked the youth from Argentina during the World Youth Day 2013 (Brazil), Pope Francis is “making noise” as speaker of the Church that wants to move outside of itself to find God present in history.

The Encyclical Laudato Si’ is addressed not only to Catholics but to everyone of goodwill. The Pope does himself – as a “youngster” at 78 – what he had proposed: “I hope there will be noise. Here there will be noise, I’m quite sure. Here in Rio there will be plenty of noise, no doubt about that. But I want you to make yourselves heard in your dioceses, I want the noise to go out, I want the Church to go out onto the streets, I want us to resist everything worldly, everything static, everything comfortable, everything to do with clericalism, everything that might make us closed in on ourselves. The parishes, the schools, the institutions are made for going out…”

The message looks for the Church to leave its “comfort zone” and to put herself to the service of humanity. In this context, the environmental crisis becomes a powerful excuse to call for deep changes in the way we live our faith. Ecology is a universal question. There is not one individual, institution, state, NGO or religious organisation that can put itself away from the deterioration of the living conditions on earth.

Climate change is a transversal problem without the distinction of faith, nationality, gender or ideology and affects the entire humanity (Mt 5:45). It’s not a minor detail that the Encyclical has been signed at the feast of Pentecost, and that it was presented at the Vatican by an orthodox, a scientist, an African cardinal, and woman from Asia. Pope Francis is looking for unity while acknowledging diversity. The praise to the Lord comes jointly with the effusion of the Holy Spirit in a perspective of relationships inside the Trinity that we can see along the document.

The Encyclical is making noise even before it was published. It makes noise because it deals with a general problem, usually linked to natural sciences. The dialogue between faith and reason, theology and science, are not yet well understood both in society and in the Church.

Make noise, because Pope Francis is placing the Church as a social actor that worries and gets involved in the concrete of the human. Some still think that the Church should only deal with the “spiritual” and the salvation of souls without getting involved in political, economical or technological decisions.

He makes noise because he denounces the economic system that is destroying life and providing privileges and profits for a few over the dignity of many that represent present and future generations. Among those is immense majority of people living in poverty.

He is making noise because where many see natural resources to be exploited, he offers a sacred vision of each being and the inter-relational connections to which they belong, that is God’s creation.

In this framework, he makes noise for those who doubt about the figure of Francis of Assisi, seeing him as too sweet and neutral, but Laudato si’ has a cosmic vision and the profound sense of celebrating the liturgy “on the altar of the world.”

Finally, the chosen topic for the Encyclical is deeply complex and is not absent of controversy. My intuition is that Pope Francis is fully aware, but precisely he discerned to do so, making noise at the planetary level. The strategy to communicate, the quality and wideness of consultation, and the tips he has been providing through speeches and homilies, show the willingness. I want to emphasise the communications strategy, the account @Pontifex that used to tweet once or twice every day, tweeted more than 60 times in 24 hours with extracts from the Encyclical!

It’s known that in July it will be developed into a pedagogical strategy so the reception of the Encyclical will be active and proactive. It will be a lot of work together with the deep trust on the action of the Spirit that renews the face of the Earth.

Today #LaudatoSi is a trending topic, and it will be in the ecclesial, ecumenical, economic and political fora, especially in the “Areopagus” where the measures to fight climate change will be discussed. There, certainly, there will be noise because we are getting into ethical considerations inspired by a sacred conception of life.

This will also drag attention, as the Pope is inviting us to an “ecological conversion” that drives into a “daily ecology” capable to read the “Gospel of Creation.” In this scenario, the role of the Church as “home and school of communion” gets new proportions. There is an immense challenge to develop programs of ecological education that can lead to a cultural change, and at the same time a technological transformation takes place and we recover the human perspective of economics.

The tone of the Encyclical is not unknown by the Church in Latin America, and although it follows the teachings of Vatican Council II, John XXIII, Paul VI, John Paul II and Benedict XVI, it has a strong reference to Aparecida both in the way of talking about ecology and the methodology: to see the reality from the Christian identity, to judge and discern it from the scripture and the theology, and to act for transformation without losing the sense of celebration.

Besides, quoting texts from the Bishops’ Conferences of Bolivia, Paraguay, Brazil, Dominican Republic, Mexico and Argentina contributes to the local perspective together with those from New Zealand, South Africa, and the Philippines. There is a broad look at the entire common home that is becoming an immense trash because of the culture of waste.

It is clear that the epistemological root to reach these affirmations is a paradigm of complex relationships and this has profound implications in the way we understand divinity. It is not anymore a God alone but a God in solidarity, a God in relationship, a relationship of deep love, a God that communicates and interrelates with its Creation.

I’m coming to the end of this comment and there will be many more opportunities to go deeply with the Encyclical. I only want highlight two main issues in our region: the extractive activities and the increase of environmental conflicts because of the voracity of the markets. Governments and corporations do not look ready to reduce their ambitions. Maybe we can have influence in countries with a Christian background, but how do we speak with China, for example?

Every text has a context and a reason. Laudato si’ has the strength of the prophetic word and no doubt it will make a lot of noise. The Church, the world, the ecumenical movement nor the interreligious dialogue will be the same after this Pentecost is made concrete with Laudato Si’. Neither will the environmental movement. In fact, ecology stops being “green” to become multi-colour. The care of the common house needs to get in love again with the polychrome of life and reconcile with creation, of which we are part.

Professor Alirio Cáceres Aguirre is a founder of Ecoteologia  at the Pontificia Universidad Javeriana in Bogota, Colombia. He is also the Permanent Deacon for the Archdiocese of Bogota, Archdiocesan representative for the care of creation, coordinator of the Mesa Ecoteológica Interreligiosa de Bogotá DC, member of the advisory team of the Department of Justice and Solidarity (DEJUSOL or Departamento de Justicia y Solidaridad) of the Latin American Episcopal Council (CELAM or Consejo Episcopal Latinoamericano) on extractive activities and of the network “Churches and Mining.” He is also a chemical engineer and education specialist, a magister in Theology, auditor for ISO 14001 and OHSAS 18000 and currently serves as an adviser and consultant on environmental projects, and on ecological and pastoral education. He can be reached through email: ecoteologia(at)gmail.com.