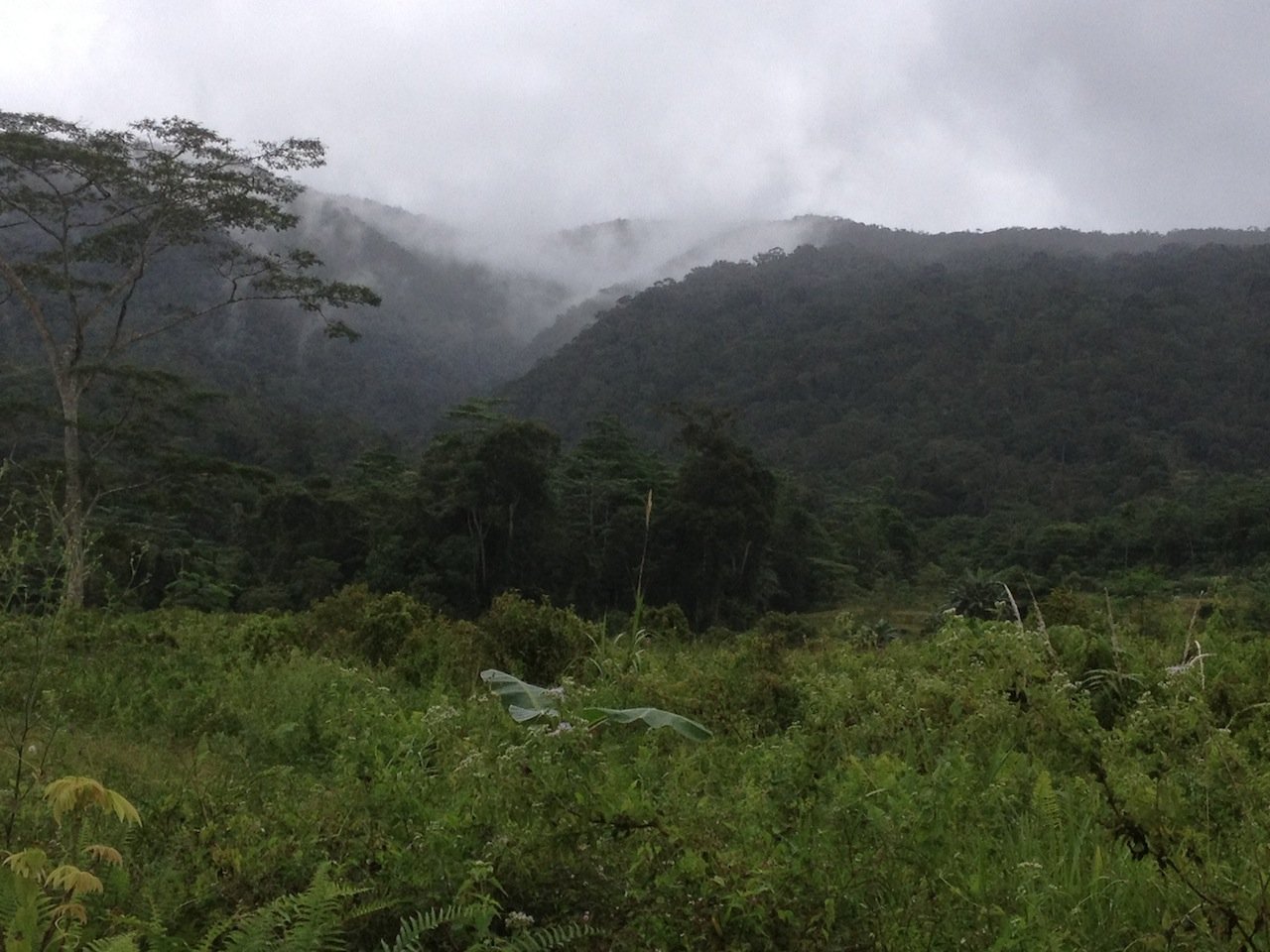 Between 2030 and 2050, climate change is expected to cause approximately 250,000 additional deaths per year according to a 2014 report from the World Health Organization. The direct damage costs to health, excluding costs in health-determining sectors such as agriculture and water and sanitation, is also estimated to be between US$ 2-4 billion per year by 2030. Frequency and magnitude of extreme weather events such as droughts, floods, and storms are also expected to increase. Gradual changes such as sea level rise and shifts of climatic zones due to increased temperatures and changes in precipitation patterns are also occurring and felt.

Although there is uncertainty in the projections with regard to the exact regional patterns and impact of climate change, its consequences will change the fate of the next generations and will particularly impact on the poor and marginalized if no appropriate measures are taken.

Is this the kind of world we want to leave to those who will come after us? Pope Francis believes that we, human beings, while capable of the worst, are also capable of rising above ourselves, choosing again what is good, making a new start, and caring for our common home – the Earth.

The release of the papal encyclical, Laudato si’: On Care of Our Common Home last 18 June provides a moral guidance on environmental matters and is reshaping the international conversation on climate change.

US President Barack Obama  welcomes this encyclical letter and also deeply admires Pope Francis’ “decision to make the case – clearly, powerfully, and with the full moral authority of his position – for action on global climate change.”

UN Secretary-General Ban Ki-moon “notes the encyclical’s findings that there is ‘a very solid scientific consensus’ showing significant warming of the climate system and that most global warming in recent decades is ‘mainly a result of human activity.’” He “reaffirms that humanity has a significant obligation to care for and protect our common home, the planet Earth, and to show solidarity with the poorest and most vulnerable members of society who are suffering most from climate impacts.”

Africa Progress Panel Chair Kofi Annan, who also served as the seventh UN Secretary-General, applauds Pope Francis for his “strong moral and ethical leadership” and also emphasizes the need for “more of such inspired leadership.”

World Bank President Jim Yong Kim   also praises the encyclical and “welcomes the Pope’s emphasis on our moral obligation to act.” He believes that the release of Laudato si’ “should serve as a stark reminder to all of us of the intrinsic link between climate change and poverty.”

Metropolitan John Zizioulas of Pergamon, who represents the Ecumenical Patriarch of Constantinople Bartholomew, expresses his deep gratitude to Pope Francis for raising his authoritative voice to draw the attention of the world to the urgent need to protect God’s creation from the damage we humans inflict on it with our behavior towards nature. He says that the issuance of Laudato si’ is also an occasion of great joy and satisfaction for the Orthodox. (The Orthodox Church is the original Christian Church, the Church founded by the Lord Jesus Christ and described in the pages of the New Testament. Orthodoxy has maintained the New Testament tradition and believes the Holy Spirit proceeds from the Father.)

Pontifical Council for Justice and Peace President Cardinal Peter Turkson believes that Laudato si’ can and must have a significant impact on urgent decisions to be made in this area. “The magisterial, pastoral and spiritual dimensions of the document must not be put in second place. Its value, breadth and depth cannot be reduced to the mere scope of determining environmental policies.”

Pope Francis reminds us that our common home is like a sister with whom we share our life and a beautiful mother who opens her arms to embrace us. He refers to a broad range of topics including the intimate relationship between the poor and the fragility of the planet, the conviction that everything in the world is intimately connected, the forms of power that arise from technology, the human meaning of ecology, the need for forthright and honest debates, and the serious responsibility of international and local policies. He also highlights the throwaway culture and the proposal for a new style of life, and the invitation to search for other ways of understanding economy and progress.

Scientists, engineers, economists, business executives, members of the IT sector, community development workers, teachers, health professionals, government workers, media, academe, other practitioners, and many others in the service sector are called to consider reading Laudato si’, which provides moral guidance on environmental matters and more profoundly on our ecological landscape. Several chapters of the encyclical letter, specifically Chapters 3, 4, and 5, deal with such and we share selected passages from these chapters.

The Human Roots of the Ecological Crisis – Chapter 3

Humanity continues to reap the imperative perquisites of few centuries of technological advancement and we cannot deny the progress in the field of medicine, engineering, communications, transportation, and technology and contributing to the improvement of the quality of our lives.

In chapter 3, Pope Francis tries to ascertain though that the deepest causes of the ecological crisis include technology, globalization, and modern anthropocentrism. He believes that technology gives those who possess knowledge on such technologies and have the economic resources to use them an impressive dominance over the whole of humanity and the entire world. As Hans Joachim Schellnhuber of Postdam Institute for Climate Impact Research also points out, the connected technological advances have led to unprecedented disparities and to wasteful over-usage of resources.

Catholic Relief Services President Dr. Carolyn Woo, representing the economic, financial, business and commercial sectors, also agrees with this statement about technology and emphasises that business must focus on the creative elements of technology, but should always be linked to humility and service. She notes that the message of the encyclical to the business world is a profoundly hopeful one, as it sees the potential of business as a force for good whose actions can serve to mitigate and stop the cumulative, compounding, irreversible catastrophic effects of climate change driven by human actions.

Meanwhile, it is precisely the mentality of technocratic domination that leads to the destruction of nature and the exploitation of people and the most vulnerable populations. Modernity has been marked by an excessive anthropocentrism as human beings take on a self-centered position, focused exclusively on themselves and on their own power. Thus, Pope Francis calls for a deeper look at labour and new biological technologies along with a broad, responsible, scientific, and social debate.

Is it possible to separate the analysis of environmental problems from the analysis of human, family, work-related, and urban contexts, or from how individuals relate to themselves? In chapter 4, Pope Francis highlights that nature cannot be regarded as something separate from ourselves, or just simply a mere setting in which we live.

Cardinal Turkson believes that Pope Francis puts the concept of integral ecology at the centre of the encyclical as a paradigm to articulate the fundamental relationships of the person with God, with him/herself, with other human beings, with creation.

Pope Francis believes that we are not facing two separate crises, but rather one complex crisis that is both social and environmental. Moreover, he notes that everything is related; hence, the health of a society’s institutions affects the environment and the quality of life. He also believes that the best way to prepare a sustainable world for future generations is to make choices in solidarity based on a preferential option for the poorest.

Lines of Approach and Action – Chapter 5

After exploring various ecological scenarios and identifying profoundly human causes of environmental degradation, Pope Francis spotlights in chapter 5 the need for a change of direction and other courses of action and outlines the major paths of dialogue which can help us escape the spiral of self-destruction that currently engulfs us.

According to Dr Schellnhuber, Laudato si’ does not provide technical guidance (such as how to allocate user rights for the atmosphere). However, what Pope Francis does is to highlight the ethical dimension of the climate problem and provides fundamental principles to be applied for solutions: the preferential option for the poor, inter- and intra-generational justice, common but differentiated responsibilities, orientation to the common good. Laudato si’ argues for a global governance structure for the whole spectrum of the planetary commons.

Furthermore, although he delightedly acknowledges the efforts of many organizations of civil society and worldwide ecological movements that made significant advances, Pope Francis still asserts that recent world summits on environment have not lived up to expectations because, due to lack of political will, they were unable to reach truly meaningful and effective global agreements on the environment. He insists on the development of honest and transparent decision-making processes to discern which policies and business initiatives can bring about genuine integral development.

Pope Francis also reminds those who hold political office to avoid the mentality of efficiency and immediacy, requesting them to attest to their God-given dignity and leave behind a testimony of selfless responsibility.

A gift to a changing world

It is hoped that international conversations on climate change will be re-shaped by this encyclical as Pope Francis has certainly given the world a great gift that reminds us to nurture the ecological, social, environmental, and spiritual inter-connectedness.

Recognizing both the difficult challenges that prevail in the modern world and also the creative dynamic capacities of people in the 21st century, Laudato si’ is a powerful call for an ecological conversion in all, enfolding all the diversities in people and beliefs, towards a respect and care for our common home.

Ecojesuit is sharing the full texts of each chapter in its Guidance Map page while the English, Spanish, and French versions of the full text of the encyclical can be accessed here.