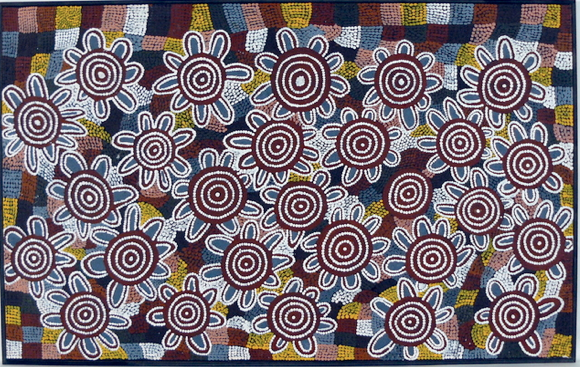 The potential of the landmark Australian High Court Mabo Case to inform the implementation of the UN Guidelines on uncontacted and isolated peoples in South America was presented before an international law conference audience last July during the 21st Australian and New Zealand International Law Conference.

My paper Learning from Mabo: Uncontacted Peoples, Culture and Sovereignty discusses how Australia’s Commonwealth native title legislation provides a model and pathway to give uncontacted and isolated indigenous peoples in South America, using the principles of continuity (from Mabo), the precautionary principle (from environmental law), and the principle of non-contact (from the Guidelines), the presumption of native title. Because of the transboundary dimension of the issue, with the territories of indigenous peoples often straddling States, this approach would require the close cooperation between States in the region to recognise and protect these rights and the inviolability of indigenous territories.

Mabo is the landmark native title case in Australia. On 3rd June 1992, the High Court of Australia, in a six to one judgement, upheld the arguments of Eddy Koiki’s legal team, “that his people had lived on the Torres Strait island of Mer before the arrival of Captain Cook and were the traditional owners” and “that he held native title to land in the Torres Strait.” The High Court found that native title survived settlement “though subject to the sovereignty rights of the Crown.”

A South African speaker at the conference noted that Mabo was used in arguments in the Richtersveld community challenge and adopted in toto by the South African courts in resolving recent land rights cases.

Guidelines for the protection of indigenous peoples in voluntary isolation and initial contact of the Amazon region, Gran Chaco and Eastern Paraguay

The UN High Commissioner for Human Rights released the Directrices de protección para los pueblos indígenas en aislamiento y en contacto inicial de la región Amazónica, el Gran Chaco y la región Oriental de Paraguay (Guidelines for the protection of indigenous peoples in voluntary isolation and initial contact of the Amazon region, Gran Chaco and Eastern Paraguay)  in February 2012. The Guidelines are an international soft law document, drafted by the stakeholder States in the Amazon region and which means that the document is persuasive, rather than legally binding. The lack of a clear enforcement forum and pathway and the complexity of the differing socio-political situations in the stakeholder States are the key limitations of the Guidelines.

The difficulties with implementation and enforcement of the Guidelines are demonstrated by the actions to date in the Amazonian state of Peru. It would seem that governments are using the letter of the law domestically to get around the spirit of the law internationally.

In April 2012, despite the publication of the Guidelines earlier the same year, it was reported that the Peruvian government continued to approve projects allowing the expansion of the country’s largest gas project into the territory of uncontacted indigenous peoples. In September 2011, the government passed the Law of Prior Consultation of Indigenous Peoples, enshrining the right of indigenous peoples to be consulted. A month after, its top indigenous affairs official Raquel Yrigoyen Fajardo was fired in October 2011 after she reversed an illegal decision to allow Argentine gas giant Pluspetrol to enter land inhabited by uncontacted people.

In South America, there are uncontacted indigenous tribes living in voluntary isolation. Can a similar disastrous legacy of contact be avoided in the Amazon?

Threats to Indigenous Peoples in the Amazon

While between 50-80 percent of indigenous people in the Amazon die on first contact from imported sicknesses, this is not the most shocking statistic. According to the Catholic Indigenous Missionary Council, about 450 tribespeople were murdered in Brazil between 2003 and 2010.

The Amazon is one of the most biologically diverse places on the planet, with deforestation leading to threats and extinctions to plant and animal species. The recognition of native title would also have the effect of assisting in the preservation of critically endangered endemic species in their Amazonian rainforest habitat.

Indigenous language, culture, and spirituality are in danger of being lost due to post-contact socio-cultural shifts. For Churches, the strong connection between land, culture, spirituality, and the environment in indigenous cultures, demonstrates the need for ecumenical approaches to religious dialogue with post-contact indigenous communities, particularly in educational settings with young people, following the example of Pope John Paul II.

Recently, Pope Francis I assisted the cause of the non-Catholic Qom, an indigenous peoples in Argentina, by giving them an audience and voice at the Vatican. They are hoping to meet with President Cristina Fernandez de Kirchner to discuss the building of a university of their traditional lands.

This heightened awareness of the situation in the Amazon can inform new reconciliation strategies in Australia to overcome the native title challenges facing indigenous peoples in proving continuity, and in exercising a right of return where alienation has occurred historically due to resource conflict.

The contemporary situation of uncontacted and isolated indigenous peoples in South America facing alienation from their traditional lands can assist Australia in better understanding the historic process and legacy of colonisation and its impact on indigenous peoples, lands, and species in Australia. This is particularly important in the north of Australia, where today the challenge of development and native title is ongoing.

It also reinforces the value of recent initiatives and requests from indigenous communities in the north of Australia to introduce bi-lingual education into communities to slow the loss of indigenous language competency and strengthen the transmission of indigenous culture and spirituality amongst young people.

Christine Storry has a Graduate Certificate in Ignatian Spirituality and is an architect, legal researcher, and postgraduate student with a research interest in human settlement due to graduate from ANU with a Master of Environmental Law. She can be reached through her email: near_and_far@hotmail.com.