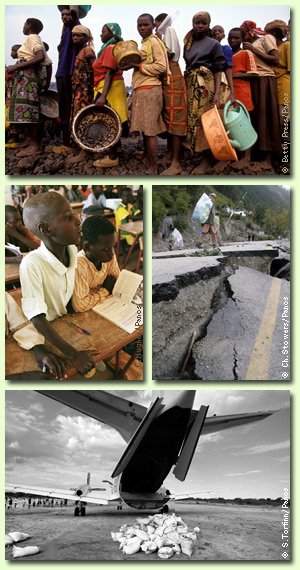 The European Court of Auditors recently published a series of reports analyzing different schemes of aid and development cooperation, and demonstrating the need for modifications affecting the EU’s future commitments.

Such tragedies as that of the Haitian earthquake tend to stimulate massively generous impulses, but longer-term questioning about how efficient is the international response. Coincidentally the European Court of Auditors has recently released three reports that focus on different dimensions of the European commitment to aid and development.

The first report is entitled: ‘The Commission’s management of non-state actors’ involvement in EC development cooperation’. ‘Non-state actors’ (NSAs) include those bodies which belong neither to the corporate sector nor the state – i.e. NGOs. The Cotonou Agreement with the African-Caribbean-Pacific countries provided for these NSAs to play multiple roles in development cooperation, participation in policy dialogue and the implementation of projects. In 2007, EU funds directly committed NSAs amounted to €915 million, 10% of the total aid to developing countries.

The Court found that the NSA’ involvement in the development cooperation process has been limited, falling short of the sustained and structured dialogue envisaged by the EU. At the implementation stage, the ‘Call for Proposals’ procedure does not always assure timely project design, there is insufficient guidance for NSAs on the application of the financial rules, and there are inconsistencies in the interpretation and application of procedures. There is insufficient monitoring, and the short project duration often undermines prospects for sustainability.

The second report deals with ‘European Union food aid for deprived persons: an assessment of the objectives, the means and the methods employed’. This food aid programme, introduced in 1987, aimed to release products from Community intervention stocks for free distribution to persons in need. The programme aims to support the well-being of deprived persons, and to stabilize agricultural markets by reducing intervention stocks. Its budget was €307 million for 2008, rising to €500 million for 2009. The programme is managed by charitable organisations, which receive and distribute the foodstuffs. The significant decline in intervention stocks in recent years means that, in 2008, 85% of the products for distribution had to be purchased on the market, thus defeating at least one of the objectives.

The third report is entitled ‘EU assistance implemented through United Nations Organisations: decision-making and monitoring. EU funds managed by EuropeAid and ECHO channelled through the UN rose from €500 million in 2002 to over €1 billion in 2008. The Court of Auditors finds insufficient evidence that working through the UN is more efficient and effective than other ways of delivering aid. The Commission has not yet succeeded in obtaining from the UN reports adequate information on the efficiency of implementation or the objectives achieved. The Court also found difficulties in accessing information from UN organizations when carrying out its annual audit of the Commission’s account

Some reflections are relevant planning future European commitments in aid and development. There is a clear need to involve, in a realistic way, the beneficiaries of these projects, avoiding bureaucratic obstacles. Much more consideration is required about some of the established mechanisms: for example a problem of overproduction cannot be solved by simply distributing food to the poor, without reflection on how it might interfere with social policies. The case of the EU’s relationship with UN is more striking. It is very positive to reinforce the UN role as a body of global governance: this does not mean, however, that the need for transparency and efficiency is less than in the EU’s dealing with other agencies.

2 European Court of Auditors (2009). European Union food aid for deprived persons: an assessment of the objectives, the means and the methods employed. Special Report 6.

One thought on “Making aid efficient and coherent”