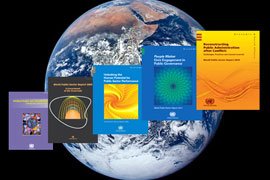 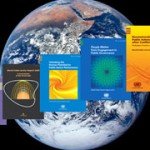 Social investments in MDG achievement must include job and livelihood generation as financing MDG will increasingly depend on public and private investments and not on official development handouts.

This increasing group of potentially productive Filipinos must be harnessed in productive activities rather than be added to other MDG target groups.

The Philippines is one of 189 countries that signed the Millennium Declaration of 2000 and committed to achieve eight Millennium Development Goals (MDGs) intended to eradicate extreme poverty by 2015. These eight MDGs with 18 targets distributed in each goal are:

The country has five more years left and according to the Asia-Pacific Regional Report for 2009-2010, considerable progress was achieved for Goals 4, 6, and 7, but the country remains off-track in more than 40 percent of the 21 indicators.

UN data revealed that 33% of Filipinos still live on less than US$ 1 daily while 5.2 million children of school age are not in school. There are 11 mothers who die daily due to pregnancy-related causes and the incidence of HIV among the youth increased five-fold from 41 in 2007 to 218 in 2009.

UN Millennium Campaign Regional Director for Asia and the Pacific Minar Pimple said that roadblocks to MDG achievement in the Philippines are rapid population growth, corruption, and bad governance. He also said that there is a need to push for localization and ensure that MDGs serve not just a few, but every Filipino.

Where are the economic growth and employment targets?

But beyond the social watching, an interesting perspective emerged in an analysis by Gustavo Capdevilla of InterPress Service. He wrote that while the UN Conference on

Trade and Development or UNCTAD acknowledges that the MDGs are the best development policy the UN devised in its 65 years of existence, UNCTAD also states that the MDGs were designed for minimal government intervention and maximum freedom for markets. Deregulated markets will take care of economic development and the UN and the MDGs will tackle the social issues. The result is that official development assistance veered from economic programs such as agriculture investments, industrialization, and infrastructure.

UNCTAD Secretary General Supachai Panitchpakdi commented that this ODA shift was not wrong, but what was wrong was the lack of balance as there was a total shift away from economic activity.

“If you go for all kinds of social goals without having growth targets or employment targets, how are you to finance all this?” Supachai asked and said that poor countries will have to depend on handouts from donors which will not be forthcoming. The accumulated deficits of most industrialized countries are building up and funds for development assistance will not be increasing.

An UNCTAD recommendation is that public and private investment, and monetary and fiscal policies must be guided towards productive investment. This will link with employment creation that is a crucial need for the Philippines. Even in areas of economic growth, economic inequality is still prevalent. Jobs and livelihoods for many Filipinos are still the persistent demands.

It is good for all of us to be reminded once more of what needs to be done: