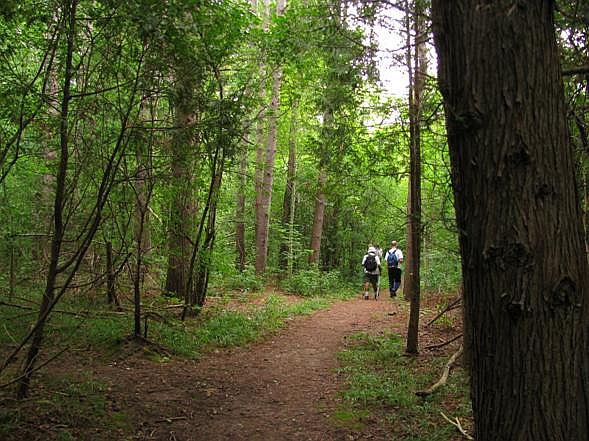 The Jesuits in English Canada launched a Province Commission on Mission and Ecology, a response to the call of the Society to “appreciate more deeply our covenant with creation” (GC 35, D3, 36) and to recognize that care of the earth “touches the core of our faith in and love for God” (GC 35, D 3, 3).  Furthermore, this Commission is our response to the invitation of the Task Force on Jesuit Mission and Ecology to integrate ecology into our mission and community life (Healing A Broken World, Promotio Justitiae No. 106, 2011/12).

Peter Bisson, SJ, the Provincial Superior, outlined the Commission’s mandate in assisting the Province in the:

The Commission is the fruit of almost 30 years of sustained reflection among Canadian Jesuits and their collaborators on the question of ecology and faith.  The ecological question took root at the then Ignatius College, our Province novitiate and juniorate, located on a 264-hectare farm and woodland located just north of Guelph in southern Ontario, Canada.

In 1985, the Jesuit Farm Project was founded by Jesuits and their collaborators who worked at the Farm Community, a L’Arche-inspired community that worked and lived on the land.  The Farm Community confronted the same economic and environmental challenges faced by their farming neighbours.  The Farm Project, therefore, began to reflect on agricultural and farm-related issues, thus beginning a period of reflection and action related to ecological issues.

In 2003, the Jesuit Farm Project evolved into the Ecology Project that began to use the land to address the relationship between Christian faith and ecological spirituality.  Rooted in this deepening awareness of the apostolic nature of the land, new initiatives developed.

People grew in awareness of the importance of the land as a sacred ground to the long-standing retreat programs at Loyola House, a world-renowned centre of Ignatian spirituality.  The staff developed Ignatian eight-day ecology retreats and environmental education programs under the leadership of Jim Profit, SJ, founder (with Louisa Blair) of the Farm Project, and Marianne Karsh.  John English, SJ, an early pioneer in the renewal of the Spiritual Exercises, incorporated ecological spirituality in his development of the Spiritual Exercises.  Province Congregations sent ecology postulata to both the 34th and 35th General Congregations.

Further ecological initiatives at the Ignatius Jesuit Centre in Guelph included the founding of a Community Shared Agriculture in 2001, the gradual conversion of the entire farm and apple orchard operation from conventional to organic agriculture, and the recent Plant an Old-Growth Forest Project, a fund-raising project that aims to restore a 40-hectare parcel of land to native forest and its associated cold-water creek.

The links among justice, ecology, and spirituality are actively discussed among Canadian Jesuits and their collaborators.  Canadian Jesuits International, the Jesuit Forum for Social Faith and Justice, and the Ignatius Jesuit Centre recently sponsored an international seminar entitled Seeking wisdom in a time of crisis: Integrating social justice, ecology and spirituality.

The Mission and Ecology Commission is composed of theologians, scientists (astrophysics, forest ecology), a philosopher, a rural sociologist, a canon lawyer, and a collaborator rooted in the Spiritual Exercises.  A diverse crowd, but there seems no other way to engage the “wicked problems” posed by the complexities of living right relationship with God, creation and all peoples.

John McCarthy, SJ is the Socius (Assistant) to the Provincial of the Jesuits in English Canada and may be reached through his email: jmccarthy(at)jesuits.ca.