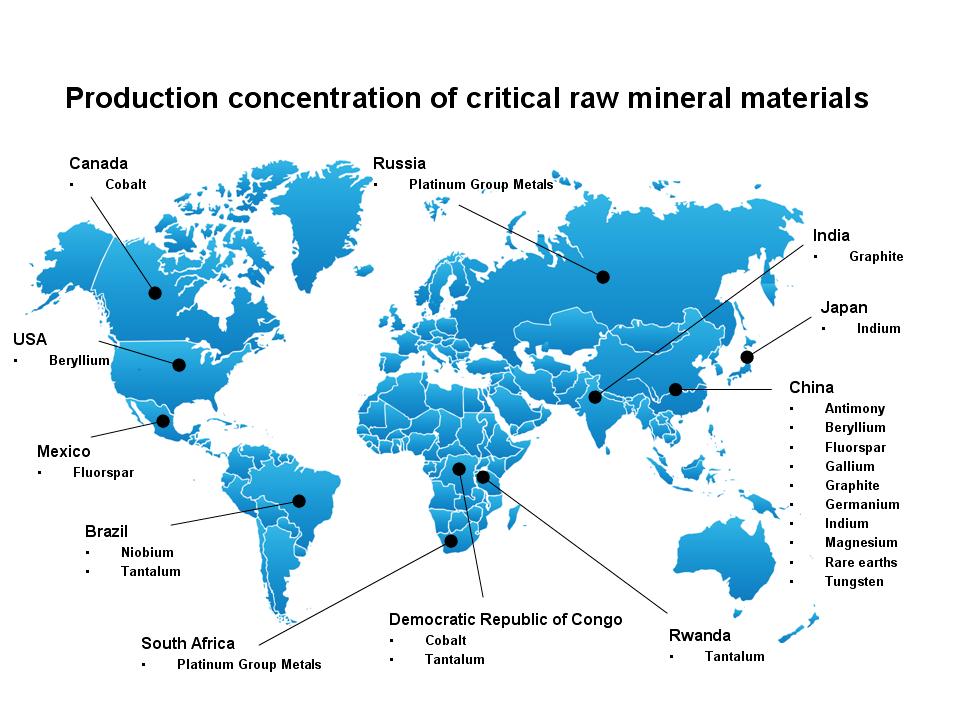 “To believe in You, I must believe in love and in justice; and believing in these things is a thousand times better than pronouncing your name.” (Attributed to Henri de Lubac, SJ)

The theme of justice in the domain of natural and mineral resources has become a central pillar of the Global Ignatian Advocacy Network on the Governance of Natural and Mineral Resources (or GIAN-GNMR) and focuses on advocacy in this sphere.

This article is both an introduction and abbreviated version of a paper written in 2014 and can be downloaded at the Resources section of the GNMR homepage. The paper focuses on the relationship of religious faith with advocacy on one of the crucial issues of our time. Like the full paper, this shortened version has five sections.

Theology does not simply speak “God-language” nor is its primary purpose to endlessly elaborate formal church doctrines. It reflects on the entire field of meaning constituted by God, the cosmos, human society and each person’s own self, and about the relationship between these four poles. Religious meaning is human meaning, just as, for believers, everything human is intrinsically religious. The sources of theological revelation are the Bible – and especially the New Testament (though that is impossible to understand without the Hebrew Scriptures); the long Christian heritage (not simply “the tradition” but a confluence of many traditions); and every believer’s own individual and communal life experience.

Social reality can itself be a revelation to us. The Second Vatican Council stressed the Church’s obligation of “at all times, reading the signs of the times and of interpreting them in the light of the Gospel…We must be aware of and understand the aspirations, the yearnings and the often dramatic features of the world in which we live.” (Gaudium, et Spes (1965) Section 4)

One of these “dramatic features” of our time, in our globalized and deeply interconnected world, is the question of the social and environmental impact of the exploitation of natural resources: that subject is not merely the object but can become also the source of our theological thinking.

Natural resources are of the earth, part of “the created order.” By “order” here is meant not repressive regime of “law and order” but a continuous ordering of human practices and purposes, which is always simultaneously a resistance to the “disorder” that constantly threatens our lives. We are called to “co-creation” to a sharing in this continuous divine process of “ordering.”

So we are called to use created resources in such a way that our human vocation (love of God and of neighbour) is served. “The things on the face of the earth” (as Saint Ignatius calls them), without losing their intrinsic meaning or value, are simultaneously given a human meaning, rather than being imagined merely as instrumental: for example solely as the means of financial profit.

Take the fundamental “natural resource” – the earth itself. A mining corporation, especially where it is relatively unrestrained by regulation, may strip minerals from the land, pollute the life-sustaining water, and walk away once its business is done. The earth itself is abandoned, barren, poisoned. Local dwellers are deprived of its sustenance and their livelihoods. This mode of “use,” which is also devastation, symbolizes a moral and (for religious believers) a theological degradation.

Theology will describe such degradation as sinful. In English, the word “sin” is sometimes linked with the verb “to sunder,” to separate: in the case of mining just imagined, it splits apart elements that need to be kept together; the profit of a corporation from the good of the people on whom it impacts, and from the reasonable care of the earth it exploits: therefore, in Christian understanding, it “offends God.”

Our illustration from mining exemplifies what John Paul II calls “structures of sin.” In fact, our common notion of “a sin” as a single deliberate action or omission, is a secondary, derived idea. In Romans 5, Paul describes sin as first a force which enters the world and brings “death” – the ultimate dehumanisation. “All have sinned,” he says. All our thinking, all our action takes place in a world where sin goes before us. Jesus himself, the one who “was like us in all things but sin,” still suffers from the sin of the world (2 Corinthians 5: 21).

It is not, of course, that corporations are sinful and GIAN member organisations are without sin. A sense of sin, and of ourselves as sinners, can give humanity, depth and compassion to our ethical stances and to our politico-economic analysis.

No one creates this collective “structure of sin,” no one can singlehandedly opt out of it since we all share this fundamental human reality, this “system.” But all of us are born into it and contribute to it, and it is reinforced by vicious individual acts.

As there are “structures of sin” so there are “structures of grace.” Yet grace is not merely the reverse side of sin. If evil is a “force,” so grace is a “power for good.” In Christian faith, grace has an ultimacy that sin does not. As Saint Paul insists, “where sin increased, grace abounded all the more” (Romans, 5:20). Just as “all have sinned,” so all may receive and mediate grace. Grace is the gift of God’s self-communication, so that all human beings may share the very life of God.

Therefore no area of human life lies outside the scope of grace. In this world where goodness is always in part an active resistance to evil, political and economic life either tends towards what the theologian Rowan Williams calls “the perfect justice of mutual dependence in communion” or it embodies the realities of sin, as discussed above. More precisely, avoiding any crude binary scheme, our lives are invariably caught up in processes where both good and evil co-exist and conflict.

This conflict between “sin” and “grace” works out in secular terms and crosses all human boundaries. Thus corporations may despoil the land, may pay their workers unfairly for carrying out dirty and dangerous tasks, may siphon off excess profit while evading tax and customs obligations. Within these same corporations, active counter-forces will promote socially and environmentally responsible practices.

Local peoples defending their communities, and civil society organisations working with them, may inspire us with their dedication and courage. But, “all have sinned,” and local leaders may seek their individual gain at the expense of others, and be bought off by corporate wealth.

Civil society organisations face their own temptations to dishonesty or self-aggrandisement, may neglect local consultation, may descend on communities and disempower them.

Governmental and other regulatory bodies are indispensable: where they are ineffective, the resource sector is vulnerable to endless corruption and malpractice. But politicians and officials too can sometimes put first their own interests and their own power.

As individual persons we may aspire to an equitable international economic order, whilst remaining attached to our unearned economic privileges, and so resisting any change not in our own immediate interests.

To take both sin and grace seriously, implies remaining open to our own further conversion. To remain free from illusions about our own virtue and our own social impact is itself a graced struggle.

The faith that “grace abounded the more” is not naive. Saint Paul makes his argument in the light of the Resurrection of Christ, without ever minimising the horror of the crucifixion that is “a scandal to the Jews and foolishness to the gentiles” (1 Corinthians 22-25).

Struggle in the power of grace to “repair the world” (in this case the industrial-commercial world of resource extraction), offers no escape from tragedy. Untold thousands of lives have been sacrificed throughout history to mining: in every country through unsafe conditions and avoidable accidents; in many countries through endemic violence in environments where corporate or military power operates under too little constraint or regulation, and where corporations may even employ illegal armed groups to protect their investment, may poison so as to destroy both human health and vital fish and animal stocks.

This “realism” in no way implies that efforts towards justice are futile. Coal mining is dangerous everywhere. But it is less dangerous in the USA in 2015 than in 1915: and less dangerous in the USA today than in China or Russia. Environmental disasters afflict many regions of the world, yet the impact on the affected communities, and the responses of the governments and corporations, differ dramatically according to region.

Advocacy makes a decision for hope. Any campaign may seem implausible in a world where 80% of the world’s resources are commandeered by the richest 20% of the world’s population, where this quasi-monopoly of power is converted into dominance of international regulatory bodies, and where so much consumption by this 20% quickly becomes waste. Yet the theological virtue (and grace) of hope seeks and finds ways of promoting the human good of, and limiting the harm to, those who suffer most. This is always possible.

The way we see the world matters. Those who see and understand that the resources of the world are for the people of the world will be faithful in working for the “order” that rejects fundamental disorder.

We continue to live in the world eloquently described by Saint Paul in Romans 8: 22-25:

“We know that the whole creation has been groaning in labour pains until now; and not only the creation, but we ourselves, who have the first fruits of the Spirit, groan inwardly while we wait for adoption, the redemption of our bodies. For in hope we were saved. Now hope that is seen is not hope. For who hopes for what is seen? But if we hope for what we do not see, we wait for it with patience.”

Frank Turner, SJ is involved with the Jesuit European Social Centre as Secretary for European Affairs, engaging with European political structures in responding to social justice concerns in the EU and beyond. He has taught at universities in Manchester and London while living in areas of social deprivation. In the summer of 2014, he took up a one-year appointment as Professor of Catholic Social Thought at the Lane Center, University of San Francisco in San Francisco, California, USA.