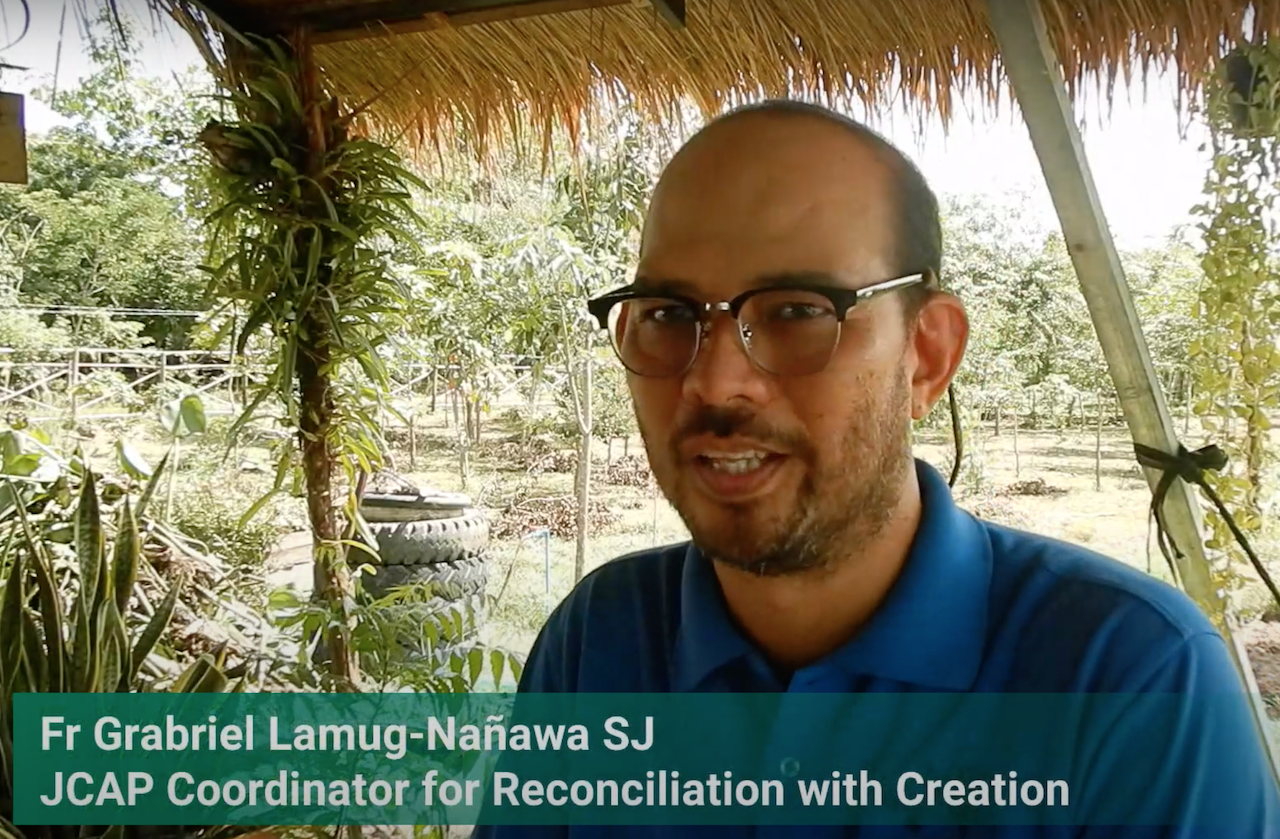 Ecojesuit welcomes the new coordinator of the Reconciliation with Creation network at the Jesuit Conference Asia Pacific (JCAP), and in this brief JCAP video, Fr Gabby shares his continuing relationship with ecological concerns and communities affected as he leads the Ecology Program at Jesuit Service Cambodia and in his new role in JCAP.

I am Gabriel Lamug-Nañawa. I belong to the Philippine Province. I was ordained in 2005 and the month after ordination, I was sent to Cambodia. So that’s 15 years since then and I’m still here. I live here and work here.

My educational background is in engineering but my relationship with ecology has been part of my life since my youth and it has taken different shapes and forms over many years.

It was also part of my thesis in theology and my work at the moment is with the Ecology Program of Jesuit Service-Cambodia (and) one of themajor works is accompanyinglocal communities.

Last July, I was appointed as Coordinator of the Reconciliation with Creation program of the Jesuit Conference Asia Pacific (JCAP) and at the moment I’m slowly finding my way into this role and what it means.

I think primarily, the Reconciliation with Creation (effort) is basically a network of people around the conference. It is a network of their works, their initiatives, and it is a space where people can share their ideas, their stories, their experiences.

And just by doing so, people find common interests and there is a natural sharing of resources with each other to support their works and allow them to grow across the conference.

But at the same time, it is also a network which acknowledges that there’s an urgency to the ecological situation of the times such as climate change, biodiversity loss. There are many issues around the conference, around the world, and I believe there is an urgency to this to this call.

All in all, I’m happy about this opportunity and I thank you in advance for your support and I look forward to working together for this mission. So thank you.