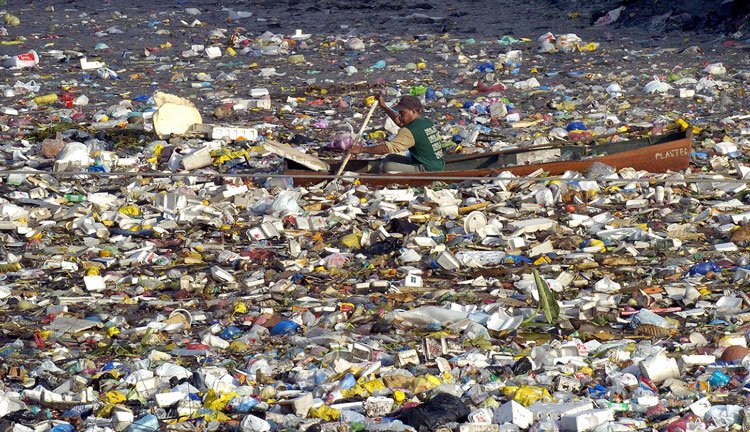 The pressure on the oceans and ocean beds is increasing, but the general public still knows little of the interactions between human activities and the life of the oceans. Over exploitation, waste streams and persistent polluters determine humankind’s use of its maritime environment.

Whereas the general awareness of environmental concerns is increasing worldwide, the ecology of the oceans remains rather unknown and unfathomable; marine life still eludes human eyes. Vast and largely inaccessible, the seas lack any advocacy or lobby to represent their value, to stress their relevance and vulnerability and to protect their life cycles.

Inspired by the public attention generated by the Fourth Assessment Report of the Intergovernmental Panel on Climate Change (IPCC) in 2007 that drew the challenges of climate change, several ocean research institutes in Germany felt motivated to develop a similar type of report for the oceans, thus focussing attention on a habitat that covers three-quarters of the earth’s surface.

The result is the first World Ocean Review (WOR) that collects detailed and well-researched content from different disciplines – marine science, biology, chemistry, economy, legal science, etc. – in a clear and accessible style. The review describes the state and the development of the seas through an interdisciplinary approach, and offers broad insights into the economy of the oceans.

According to the WOR, the exploitation of natural resources (methane hydrates, oil etc.), of fish stocks, and the disposal of waste and polluters in the oceans has reached a degree that not only endangers maritime species and ecosystems, but seriously endangers human welfare.

Decisive ecosystem services such as the delivery of fish and of active medical substances are at risk in many parts of the world. A crucial aspect, the authors say, is the oceans’ capacity to absorb many millions of tonnes of carbon dioxide annually. With a higher capacity even than the world’s forests, the oceans are the largest “sink” for anthropogenic CO2 emissions. However, the excess of carbon dioxide upsets the chemical equilibrium of the oceans and increases acidification, with unpredictable consequences.

The degradation of the oceans’ biological wealth is also a result of the globally increasing demand for fishery products. As the WOR calculated, 80 million tonnes of fish with an estimated market value of around 90 billion USD are caught every year. Since the 1990s, the total global catch has increased fourfold; an expansion which has led already, in numerous cases, to a complete depletion of stocks (e.g. cod in the Northwest Atlantic off the United States coast). In particular, the Common Fisheries Policy of the European Union is considered notorious for an unsustainable fishing policy that threatens fish stocks.

Another disquieting concern is the global waste streams, which increasingly load chemicals and everyday rubbish into the seas. As the US National Academy of Sciences estimated in 1975, more than six million metric tonnes of marine waste alone (produced by shipping, fishing, military transport etc.) enter the oceans every year, not including land-based sources. Propelled by wind and ocean currents, hardly visible to the human eye, this rubbish travels long distances and can be found even on remote and uninhabited coasts. Between Hawaii and North America, vast quantities of litter, mainly persistent plastic items, form a constantly circulating trash vortex, called the “Great Pacific Garbage Patch.” Health risks, fishery losses and adverse effects on near-coastal farming are only the most obvious impacts.

One positive trend however, according to the WOR, is the decreasing number of oil spills. Spectacular tanker accidents such as that of the Exxon Valdez in 1989 (with 41,000 tons of oil loss off South-Alaska), the Jessica in 2001 (644,000 tons off San Cristobal) and the Prestige in 2002 (64,000 tons off the Spanish and French Atlantic coasts) have become rare. Even today, however, it remains true that 35% of the worldwide oil pollution originates from everyday shipping operations.

Apart from frequently discussed issues such as sea-level rise and coastal protection, pollution and overfishing, the study takes up also rather less discussed topics such as climate-induced species migration, global shipping and marine medical research. Unlike numerous other publications, the World Review of Oceans, despite its high scientific standards, offers captivating reading to everybody by painting a clear, colourful and compelling picture of the maritime world.

The study will be updated at regular intervals, available in English and German, and can be downloaded or ordered as a free paper copy at the WOR website.