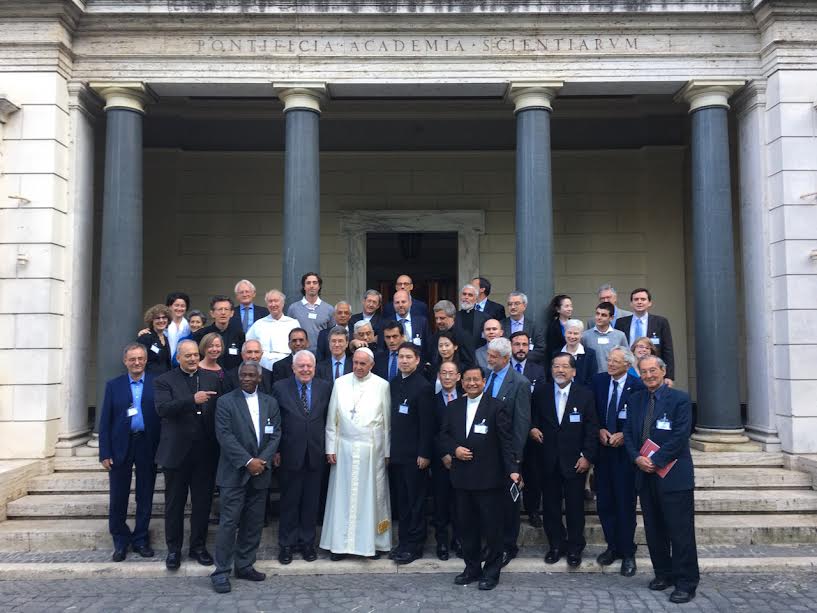 The Joint Seminar of the Pontifical Council for Justice and Peace and the Pontifical Academy of Sciences on Laudato si’ and the Path to COP22 in Marrakech released their Final Statement that Ecojesuit shares below, urging all the signatories to the Paris Agreement to “move forward together with determination, urgency, shared values and a common global plan” and emphasizing 10 opportunities and priorities.

Final Statement: Laudato si’ and the Path to COP 22
28 September 2016
The Paris Climate Agreement is historic. For the first time since the signing of the 1992 UN Framework Convention on Climate Change (UNFCCC), all countries have agreed to act in order to protect the planet. The core goals include: (1) keeping warming to “well below 2-degrees C” and “to pursue efforts to keep below 1.5-degree C”; (2) enabling countries to adapt to the adverse impacts already underway; and (3) ensuring the flow of fair and equitable financing to achieve the climate goals.

COP22 in Marrakech, Morocco, November 7-18, 2016, will be the first meeting of the Parties since the Paris Agreement. We urge all the signatories of the Paris Agreement to move forward together with determination, urgency, shared values and a common global plan. We emphasize the following opportunities and priorities. 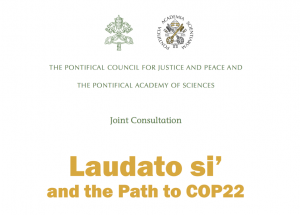 Second, the Paris Climate Agreement should be put into force in 2016, with countries representing at least 55 percent of global emissions depositing their instruments of ratification this year;

Third, all signatory countries should insist on the universality of the agreement. The Paris Agreement is a common plan for our common home. No individual country should absent itself from the timely ratification and implementation of the Paris Climate Agreement;

Fourth, all countries should participate in COP22 with the firm intention of adopting Nationally Determined Contributions (NDCs) to 2030 and Long-Term Low-Greenhouse Gas Emission Development Strategies (LEDS) to 2050 that are sufficiently bold to achieve the limits on global warming in the Paris Agreement;

Fifth, technical experts from all signatory countries should participate in the Low-Emission Solutions Conference (LESC) at COP22, hosted by the Government of Morocco for the purpose of disseminating best practices and ideas on how best to achieve the goals of the Paris Climate Agreement.

Sixth, all signatory countries should professionally address the key roles of their national energy systems, national agriculture systems, and land use policies, in order to implement the Paris Agreement objectives;

Seventh, in implementing national land use policies, governments, business, and civil society should aim for several crucial objectives: to end deforestation; restore degraded lands; protect biodiversity and ecosystems; and crucially, to empower indigenous populations who are often the stewards of the threatened lands;

Eighth, all countries should agree in good faith to cooperate on adequate Climate Financing, with the high-income countries honoring their long-standing pledges in transparency and sincerity to provide at least $100 billion per year by 2020 to the low-income countries to finance energy transformation, land restoration, and adaptation and resilience;

Tenth, all stakeholders, including governments, business, and civil society, should promote the education of today’s young people in the sciences and ethical values of integral human development and sustainable development. All educational institutions should strive to update their curricula and teaching programs to educate young people in these great challenges.

One thought on “Opportunities and priorities in moving a common global plan: Laudato si’ and the Path to COP22 Marrakech”