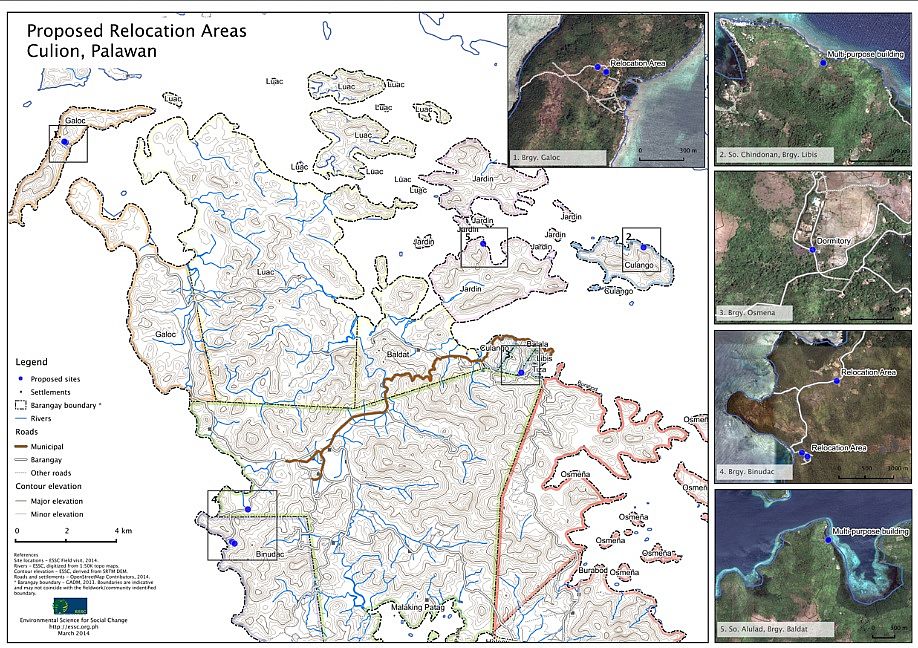 Established formally as a municipality in 1992, Culion in northern Palawan, Philippines is a beautiful, scenic part of the country, and has since sought to link with the tourism and environmental agenda of the Province of Palawan.

As typhoon Yolanda (Haiyan) in November 2013 exited out of the country via Culion, its aftermath (and as post-disaster responses came in) revealed a land of many poor communities, fishers struggling in a livelihood in waters that have been fished out by the rich, and upland indigenous communities still with no dependable and sustainable access to clean water in the 21st century.

These observations, among others, are documented in a site visit report by a team from the Environmental Science for Social Change (ESSC), a Jesuit research organization in the Philippines, who visited last February 2014 the proposed relocation program areas of Simbahang Lingkod ng Bayan (SLB), upon their invitation. SLB is also a Jesuit organization in the Philippines providing disaster relief and rehabilitation.

Part of the effort in this ESSC report is to share a protocol for site assessment and re-assessment that we hope is a useful starting point and guide in the identification and selection of relocation and housing areas.

This is reprinted from ESSC  where the site visit report can be viewed and downloaded.