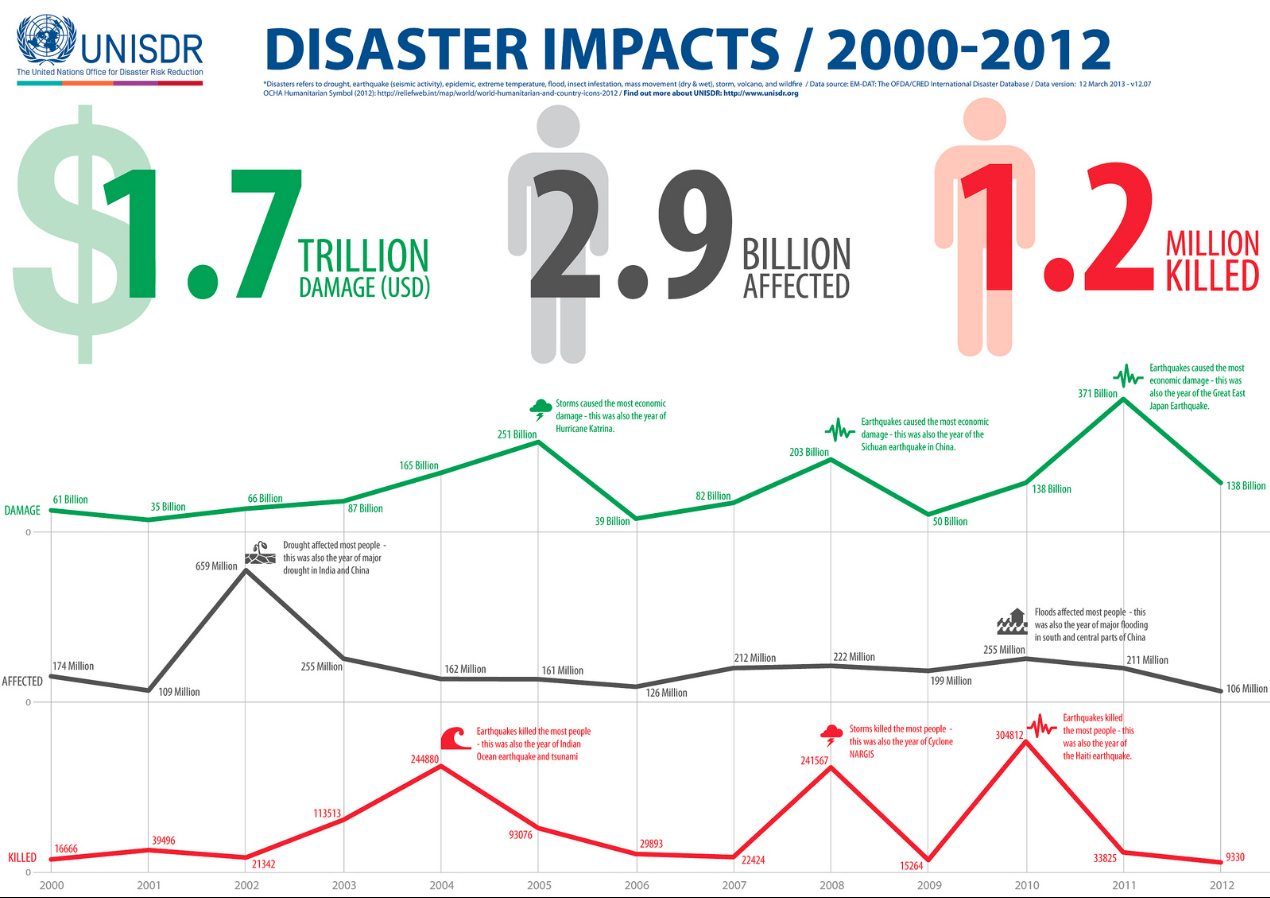 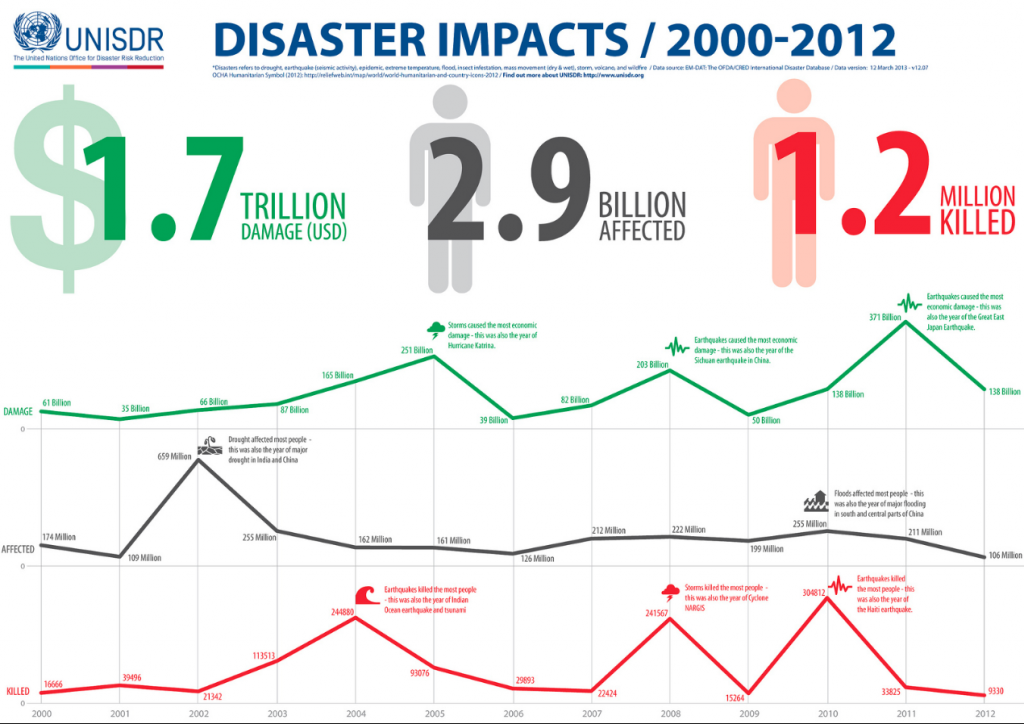 Four priority actions to achieve seven global targets in responding more effectively to disaster risk reduction in the next 15 years emerged as the Sendai Declaration or the Sendai Framework for Disaster Risk Reduction 2015-2030 was finalized after lengthy meetings that went on through the night of the last day of the Third UN World Conference on Disaster Risk Reduction in Sendai, Japan last March.

The Sendai Declaration acknowledged that 10 years after the Hyogo Framework for Action 2005-2015, “disasters continue to undermine efforts to achieve sustainable development.” The implementation of the Hyogo Framework “highlighted the gaps in addressing the underlying disaster risk factors in formulating goals and priorities for action, in the need to foster disaster resilience at all levels, and in ensuring adequate means of implementation.”

As countries suffer loss of life and livelihoods year after year due to the impact of disaster, it is obvious that in order to achieve sustainable development, disaster risk must be reduced. The UN Office for Disaster Risk Reduction said in March 2013 that since 1980, economic losses caused by major disaster events increased and that the losses in 2012 alone are conservatively estimated in the region of US $138 billion.

The Emergency Events Database (EM-DAT) that the Centre for Research on the Epidemiology of Disasters maintains, released last month The Human Cost of Natural Disasters 2015: A Global Perspective, publication that recorded nearly 7,000 natural disasters globally from 1994 to 2013. Within this 20-year period, natural disasters claimed 1.35 million lives or an average of almost 68,000 lives annually and affected an average of 218 million people per year.

The multi-stakeholder sessions during the Sendai conference from 14 to 18 March were rich discussions that covered a broad range of topics such as integrated water management, business, agriculture and food security, among many others, as well as various aspects of disaster risk reduction, from policy development to capacity building, science and technology to financing. The following are some of the key points that emerged.

While a matter of common sense, the need for partnership continued to be strongly emphasized during the sessions. Negotiating the framework agreement was itself an exercise in partnership, and although it took five days to reach a consensus, this was a difficult but necessary process. Meeting global targets on disaster will require international cooperation and partnership, thus the need for a common understanding and framework for action.

The globalization of risk makes it impossible for any one country or government to manage disaster on its own. Even businesses must learn to work together in the face of disaster, as evidenced by the experience of the Japanese automotive industry after the 2011 floods. Sector-wide coordination and cooperation, regardless of company affiliation, were critical in getting the auto industry back on its feet quickly.

Governments are learning that the private sector has much capacity and experience that allows them respond quickly and effectively to disaster, creating opportunities to work together in strategic and solutions-focused ways. The most important type of partnership however, is the engagement at community level where disaster risk reduction programs and activities are likely to have the greatest impact.

While there is widespread agreement that local governments play a critical role in disaster risk reduction, the reality is that local authorities often have limited capacity and local systems and processes are often plagued by inefficiency and corruption and these need to be addressed urgently.

Some local governments have shown significant capacity to respond to disaster events, with local systems in place for warning, evacuation, and to a more limited extent, recovery and rehabilitation. National government has a role in helping strengthen and enhance efforts of local governments. The challenge therefore is to build local capacity and to find ways that national government can effectively facilitate and support local action.

Building back better is not enough, we need to build now better

In post-disaster construction and infrastructure rehabilitation, visions for a resilient future include enhancing resilience in the built environment. Standards for infrastructure, such as building codes, exist in most countries but the enforcement of such codes is a challenge. In many cases, the choice appears to be between affordability and resilience. In the long-term, post-disaster infrastructure rehabilitation and recovery and building back better is more expensive than building better from the start.

Previous experience with disasters, particularly in the United States after Hurricane Charlie and Hurricane Katrina, show the benefits of built resilience. According to Dr Louis Gritzo, vice president of research at FM Global, a private company providing global commercial and industrial property insurance, basic improvements costing less than US $10,000 resulted in 85% reduction in disaster loss post Hurricane Katrina. All those who invested in improved infrastructure were in business the day after the disaster event.

An interesting aspect raised during one session was the need to promote public support for building codes and standards. Most people would not sacrifice their safety for affordability when it comes to their automobiles, and yet they are willing to build homes without the benefit of engineering. Promoting building codes and compliance requires that people be educated about the risks of non-engineered housing.

One of the primary messages in Sendai, repeated in various ways, was that communication is critical to disaster risk reduction. Scientific information needs to be communicated better. There is much information available but because these are not communicated effectively, these are and rendered useless. Knowledge products to communicate about disaster risks need to be tailored to specific audiences so that these are used and applied.

Experiences from local to national to global in reducing disaster risks and responding effectively to the different phases of disaster risk reduction and management, not just relief and rehabilitation, need to be shared much more broadly. Private sector contribution, from financing to knowledge, need to be encouraged and venues are opened up for greater communication and collaboration between government, civil society, media, business, academe, professionals and the various stakeholders in disaster risk reduction and management.

The Sendai framework is also expected to integrate with the forthcoming global action to adopt the post-2015 development agendaand move towards sustainable development goals.

The Sendai framework applies to a broader definition of risks from “small-scale and large-scale, frequent and infrequent, sudden and slow-onset disasters, and caused by natural or man-made hazards as well as related environmental, technological, and biological hazards and risks,” and “aims to guide the multi-hazard management of disaster risk in development at all levels as well as within and across all sectors.”

This is most encouraging as the lessons of past disasters are being understood better in relation to a broader context of quality human development that goes beyond relief and humanitarian responses. The deliberate use of science in measuring resilience and informing decisions on early warning and preparedness, the appreciation of costs of disasters beyond the economic, the emergence of opportunities for financing of alternative and more creative approaches to disaster risk reduction, the capacity creation and building in local governments and communities who are the frontliners in disaster events, are all building up towards reduced vulnerability and increased resilience of people and communities.

Mariel de Jesus from the Environmental Science for Social Change (ESSC), a Jesuit research organization in the Philippines, joined the Philippine delegation to the Sendai conference. It was an opportunity for ESSC to learn from global good practice and inform the design of local disaster risk reduction programs. It was also a chance to connect and re-connect with other stakeholders from government and civil society and identify ways forward to work together. Potential new areas for discussion were opened up, particularly the themes on economic analysis of disaster and the different financial instruments for disaster risk reduction. Sylvia Miclat, also from ESSC, provided additional inputs and analysis.