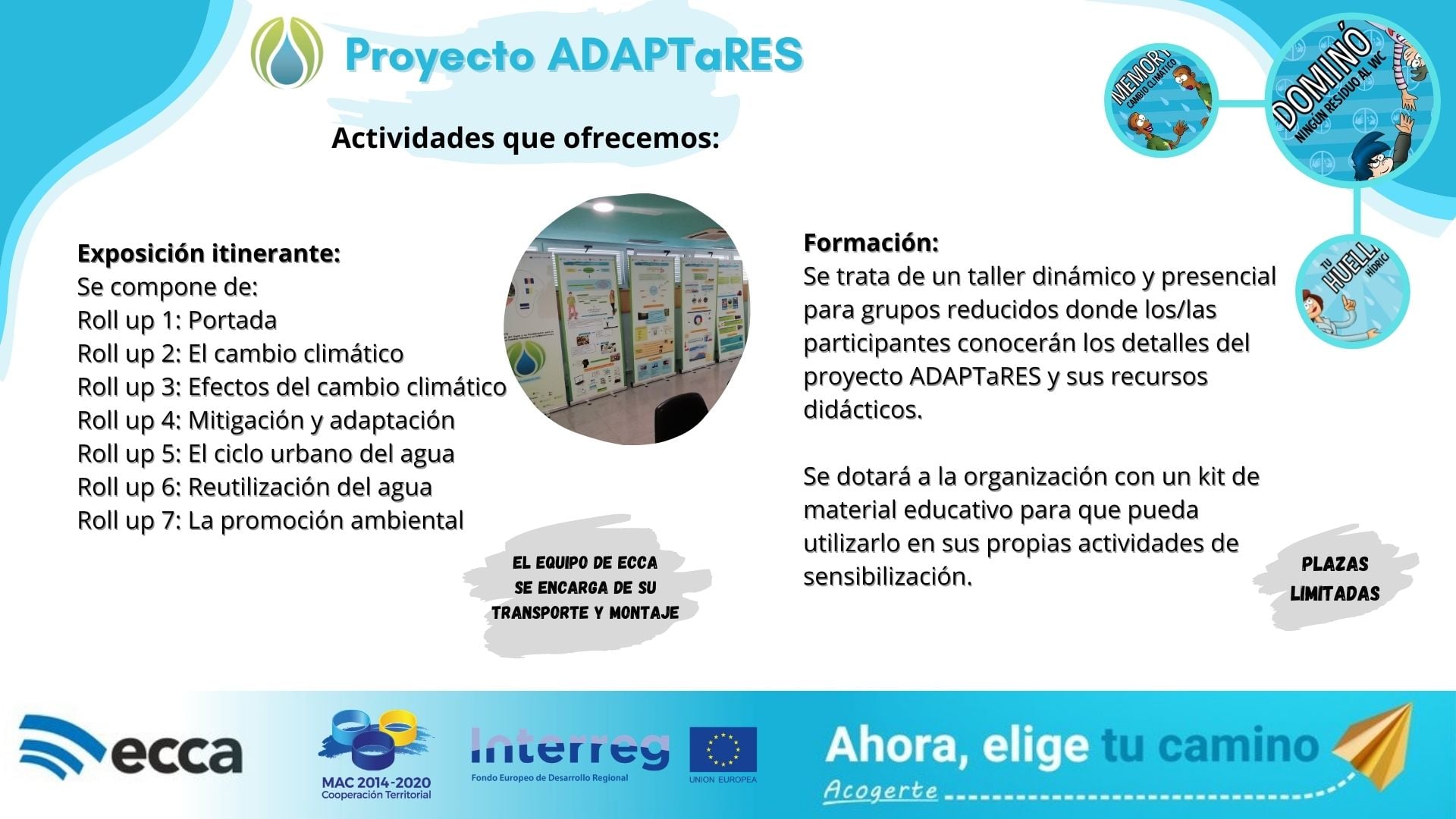 Radio ECCA is a distance and online adult education center that the Jesuits founded and supported by the Canary Islands Government. Radio ECCA implements different activities on climate change education and awareness campaigns in Macaronesia, composed of the Azores, Madeira, and Canaries islands in the north Atlantic Ocean off the coast of Europe and Africa.

One of these is the ADAPTaRES project that promotes adaptation to climate change in the Macaronesian region, especially efficient water use and re-use of treated wastewater as adaptive strategies during water scarcity. Radio ECCA is a project partner since 2017. ADAPTaRES is a cooperation project between Madeira, the Canary Islands, and Cape Verde with support from the European Regional Development Fund and led by the Instituto Tecnológico de Canarias (Technological Institute of the Canary Islands).

The ADAPTaRES project includes a series of actions demonstrating the capacity to adapt to climate change in the Macaronesia through the re-use of treated wastewater, efficient irrigation, and the prevention and reduction of pollution, accompanied by awareness and information campaigns. In the Macaronesia, the re-use of treated water, particularly in the Canary Islands and Cape Verde, and the promotion of more efficient use in Madeira, are expected to contribute significantly to alleviating the water deficit and promoting the conservation of the environment in these regions.

The Macaronesian region contains 208 sites of community importance covering over 5,000 square kilometers of land and sea, according to Natura 2000, a network of protected areas across all EU countries, both on land and sea, that includes core breeding and resting sites for rare and threatened species, and some rare natural habitat types.

Radio ECCA conducted a workshop on the “Efficient Use of Water and Adaptation to Climate Change” for more than 2,000 students while around 500 adults joined the online introductory course on Climate Change. In addition, almost 30,000 people visited two travelling exhibitions installed in 43 locations.

Likewise in Cape Verde, in collaboration with the Dirección Nacional de Formación para Adultos (National Directorate of Education for Adults), 500 people were trained and the travelling exhibition was presented in more than 20 sites on Santiago island of Santiago. It is also important to highlight the wide reach of the ADAPTaRES audio knowledge bank, a set of 24 radio programs that feature monthly interviews with experts in different subjects.

In addition, there is a strong dissemination campaign whose activities include radio spots in terms of awareness and animating social networks through games and challenges. The presence of the project promoters in different events and conferences in the field of water or environment, such as the International Trade Fair Canagua&Energía in the Canary Islands or the European Week of Regions and Cities in Brussels, Belgium, and publications in the form of articles and press releases, complete a campaign in which more than 200,000 young people and adults were engaged.

Resilience in times of COVID

In March 2020, the ECCA team quickly adaptated to the new situation to deal with the difficulties the pandemic unexpectedly caused. The workshops fully shifted online, giving students the opportunity to continue with the training. Furthermore, additional resources in digital format were shared with the teachers to continue the school year from home.

The project continues during the current school year with new activities. With the success of the trainings for secondary school, the online course is extended to the entire region of the Canary Islands. In addition, a school contest will be launched to promote the search for solutions and raising awareness on climate change adaptation in the Macaronesia in terms of efficient water use for the entire Canary Islands.

This year, in addition to the travelling exhibition mobilized in previous years, a workshop on “Training multiplier agents” is introduced as a new topic for technicians, volunteers from environmental groups, youth groups, and other interested organizations. The objective is to know, access, and use ADAPTaRES teaching materials in their own awareness-raising activities, guaranteeing the sustainability of the project once it ends in May 2021.

These educational resources will be added to the new edition of the Climate Change Educational Resources Guide of the Centro Nacional de Educación Ambiental (CENEAM) (National Center for Environmental Education) of the Spanish Ministry for Ecological Transition.