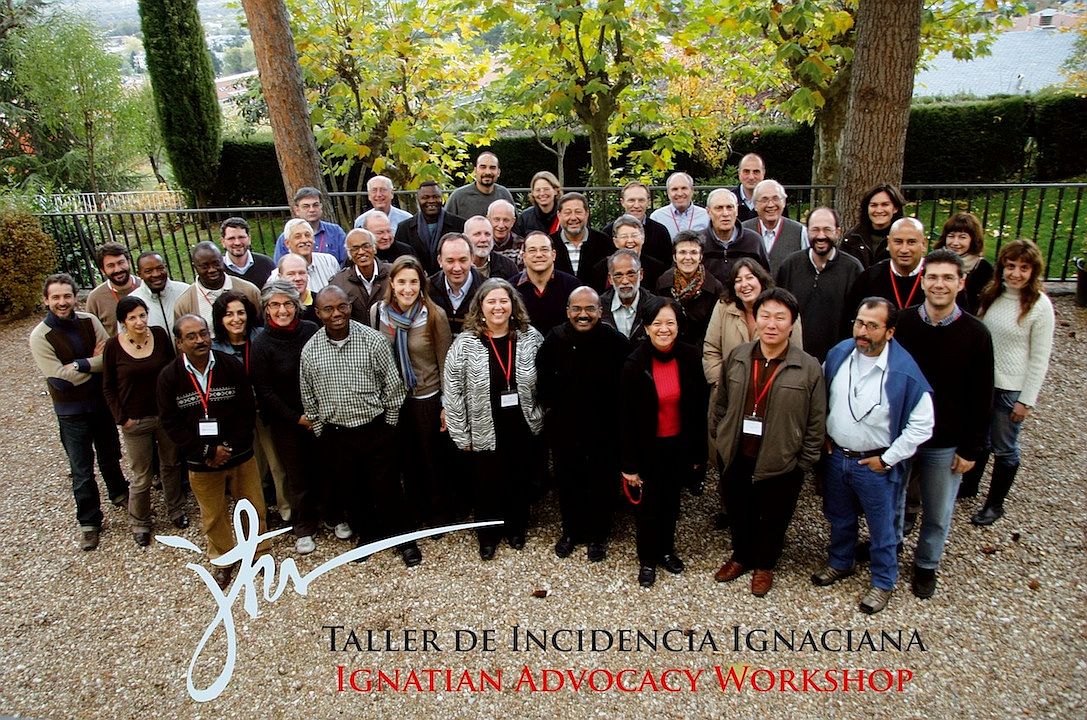 “The environment will be healed as we ourselves are healed.”  This could perhaps be a thought-provoking statement to ponder upon as we enter the holy season of Advent and also the Year of Faith.  In our reflections on this topic, we see by now that reconciliation with creation has a lot to do with reconciling amongst ourselves – respecting the rights of others, sharing equitably in the earth’s resources, caring for the most vulnerable and being thoughtful of future generations.  A big part of reconciliation amongst ourselves is also about having a preferential option for collaboration.

The call to reconciliation with creation and the call to working as an international community in GC 35 are very closely linked.  In working together, we “not only enhance the apostolic effectiveness of our work but in a fragmented and divided world it can witness to the reconciliation in solidarity of all the children of God.” (GC 35, Decree 3, 43)  This solidarity extends to our relationship with the environment as well.  Quite significantly, it was in the Rio climate change summit of 1992 that the strength of international civil society collaboration first caught the world’s attention.

Unfortunately, not all attempts to collaborate end up fruitfully.  It is not enough to simply come together in the spirit of being One Body and expect a fruitful outcome.  A good dose of discernment is also needed especially to identify an appropriate model for collaboration.  Here, I describe some basic models in the field of international networking for advocacy.  The main thing to remember is that the final model used has to be based on the actual needs on the ground, especially those of the people served.

The first model could be called a transnational advocacy alliance.  This type of networking is often used when a local situation is directly linked to causes and effects involving actors in one or more other countries.  A typical case is a mining or logging activity and the unjust displacements and environmental exploitation that sometimes result from it.  In such cases, it is important to identify the key actors and decision-makers in the specific situation and then establish alliances with non-government organizations or other advocates who are able to influence them.  Such alliances may span across two or three countries.  A network of this kind requires very tight coordination, accurate research, clear leadership, prompt adaptation to changing circumstances, and timely information sharing.  Most of all, there needs to be trust and understanding between the alliance partners.  Involvement in such a network can be a long-drawn commitment.  When the problems are addressed or when a decision is made not to pursue the matter further, the network is usually dissolved.  One indirect fruit can be the social capital of working relationships that are established.

The second model of networking is the global advocacy coalition.  This is usually formed when activists working on similar issues at a local or regional level come together and recognize that coordinating their efforts globally would help achieve their common agenda.  Such coalitions are typically formed to influence international law, to impact policy and decision-making at international fora such as UN summits and World Trade Organization meetings or to advocate to international institutions such as the World Bank.  Their efforts usually include concurrent campaigns held at the local level to draw public attention to the issue and influence lawmakers.

Unlike the first model of a transnational advocacy alliance which is very focused on resolving a specific local problem, this second model of a global advocacy coalition may have a more latent rather than immediate impact on the original local problem.  This is because it aims for changes at broader levels such as public opinion and international law, which take time to cascade down to actual local outcomes.  However for the same reason, the fruits of a successful global advocacy coalition tend to be more systemic and lasting.

Finally, the third model could be called a peer network.  This comprises individuals or organizations working on similar issues at a local or regional level who come together across borders for mutual support, sharing of information, expertise, and resources.  They do not necessarily work on a specific advocacy initiative together, often because the issues they face are more effectively dealt with at the local level for the time being.  The network helps to sustain and strengthen each member’s work either through sharing of best practices and learning, exchange of information and resources, or simply through a sense of community.  The significance of such a network cannot be underestimated particularly in cases where members share a common set of values and spirituality.  A peer network enables those who are otherwise working alone to engage in a common conversation around their topic and deepen their understanding in and commitment to it.  Coordination is less intense than in the above two models though it still requires a leader who can dedicate time to animate the network.  In some cases, a joint international advocacy initiative can eventually emerge.

Regardless of the model employed, the starting point when it comes to international networking is always a careful study of the concrete local situation, listening to the people on the ground, identifying the systemic links, discerning a good strategy to address the problem and then building an appropriate network for it.

As we continue to strive towards reconciliation with creation, I hope these models would provide some food for thought about the many ways we can build bridges to one another.

Christina Kheng is a consultant with the Jesuit Conference of Asia Pacific.  This article is based on a workshop presentation given in April 2011 for the Global Ignatian Advocacy Network.  Christina may be reached through her email: chriskheng@gmail.com.

One thought on “Reconciliation with creation and international networking for advocacy”