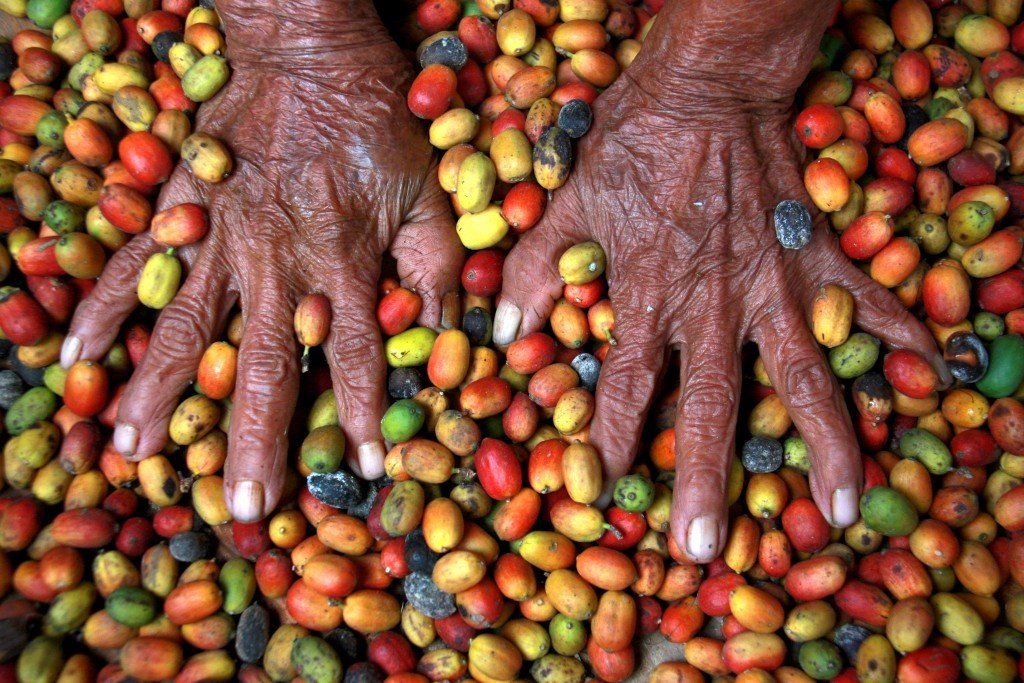 We need to reinvent our food systems.  The dominant model of industrialised agriculture and globalised capitalist markets has failed to solve the problem of hunger, despite producing more than enough food for the needs of the world’s population.  Meanwhile, it is harming the environment, creating inequality, and contributing to health problems.  This model is unsustainable.

In response, social innovators are experimenting with alternative models of production, distribution and consumption of food, notably through initiatives that combine agroecology with social and solidarity economy.  The Jesuits in Chiapas, Mexico accompany one such initiative as part of the Mission of Bachajón (founded 1958).

The goal of the Mission is not just food sovereignty, but a much wider “sovereignty without adjectives” for the indigenous Tseltal people.  For my doctoral research, I’m trying to understand how the Mission makes this wider project economically viable.

The Mission of Bachajón’s strategy is to first separate its economy into two separate spheres.  The first sphere comprises the essential elements for the very long-term reproduction of the community; these are “not for sale.”  Land is owned collectively, food is grown for subsistence and sharing, natural resources are stewarded, and certain types of community service work (through the cargo system, a form of self-government) are unpaid.  If the market was let into this sphere, it could threaten the “base” that guarantees the survival of the community, so it is kept out.

On the other hand, they need to make some money, so they sell organic coffee and honey.  What is interesting about this is that when they do engage the market, they do it in a way that “domesticates” the market, putting it at the service of the community and its base, and not vice versa.

Coffee is one of the most traded commodities in the world, and Chiapas is among the top places where it is produced.  However, it is also a place with high rates of poverty.

The Mission interprets this through the lens of power.  Chiapas producers typically sell parchment coffee as a raw material to traders and do not have access to the rest of the value chain (roasting and retail) where the money is made.  This setup also makes them vulnerable to fluctuating prices completely beyond their control because of the financial speculation in the commodities market.

Faced with this unjust reality, the Mission set out first to “tame” the market through Yomol A’tel, its group of cooperatives and social businesses founded in 2000.  Yomol A’tel has achieved “forward vertical integration” in that they have their own roasting plant in Chiapas with a chain of high-end cafés throughout urban Mexico.  This way, they are in control of the full value of their coffee.  They have done the same with their honey and other value-added products.

To make sure that the money benefits the people, Yomol A’tel not only provides higher and more stable prices for producers, but it is also set up in a way that puts people at the centre.  They make sure that women have access high-value positions and that everybody is given opportunities to develop their capabilities.  Both profits and power are shared, and the growing collective wealth is managed through Yomol A’tel’s own microfinance bank.

Yomol A’tel’s entire production is organic and its coffee is shade-grown.  It turns out that agroecology (with biodiverse shade forests and flowers, soil restoration, and no poisons) is what is needed to produce the highest quality taste in both coffee and honey.

This careful, skilled work goes well with a model where people are also growing their own food on small family-owned plots rather than working as hired labour in big plantations.  In turn, this way of making money contributes to the wider project of keeping Tseltal culture alive and building up their full sovereignty.

In short, what the Mission of Bachajón has found is a way to connect the dots of the “triple bottom line,” creating a virtuous circle between their economic, social, and ecological goals.  Through the Jesuit’s Comparte  network, this model is being spread all over Latin America, and a new hope is sprouting.

Emilio Travieso, SJ is from Florida and a PhD student in international development at the Oxford Department of International Development, doing research in partnership with grassroots organizations that are building sustainable, healthy, and just food systems.  He recently completed a period of fieldwork in Mexico studying how food can be improved.

Emilio also wrote on this topic in a series of reports from the field, explaining his work and its place in the larger Jesuit mission: Doing coffee differently; Why redesign food systems; and Jesuits redesigning food systems in southern Mexico.

One thought on “Redesigning food systems in Chiapas, Mexico”