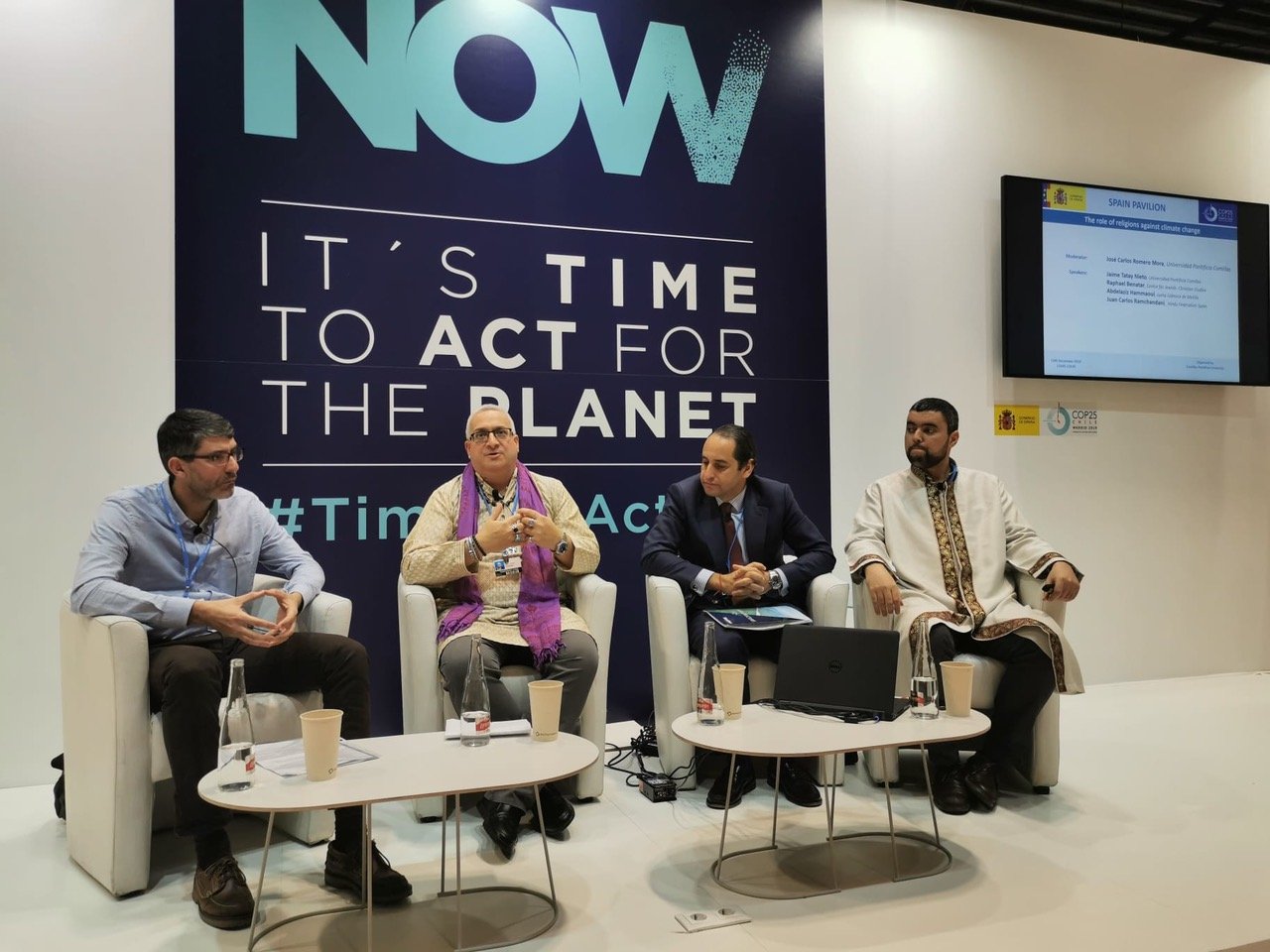 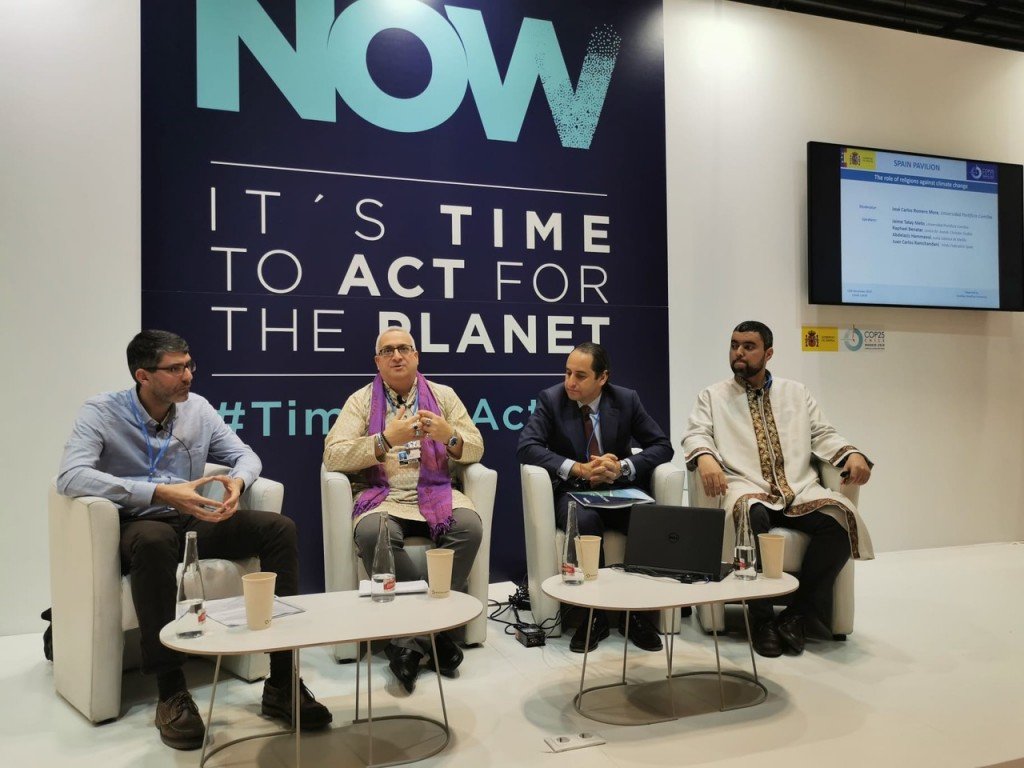 The Ministry for the Ecological Transition of the Government of Spain raised the possibility of organising an interreligious dialogue round table in the context of the COP25 in Madrid and on 12 December, representatives of four major religions met in the IFEMA Convention Center for a roundtable discussion on the Role of religions in the face of the challenge of climate change.

The speakers were: Abdelaziz Hammaoui, Muslim theologian of the Islamic Council of Melilla, Jaime Tatay SJ, professor of theology and sustainability at Comillas Pontifical University, Krishna Kripa Dasa, president of the Hindu Federation of Spain, and Raphaël Benatar, secretary of the Centre for Jewish-Christian Studies.

A main topic was whether religions can play a relevant role in the current international context as spaces for fruitful dialogue, as levers of political pressure, and as catalysts for action in order to respond to the urgent socio-environmental challenges facing humanity.

The proposal to organize an interreligious debate panel in an international forum such as that of the COP – of a marked technical, economic and political nature – is, however, not usual. The novelty and originality of the theme was undoubtedly a novelty that attracted a good number of people.

The speakers, after reviewing the sacred texts and theological sources that ground respect and care for nature in each tradition, discussed some of the practical aspects shared by all the major religions that can underpin interreligious convergence and accelerate the cultural, economic and political transformations demanded by the Agenda 2030 and the Paris Agreement.

One key element that was highlighted was the transnational, global character of “global religious communions.” Faced with the short-sightedness of national interests that prevent agreements from being reached, the religious vision goes beyond the narrow framework of the nation-state and invites us to perceive the global commons such as water or air as a greater good that must be preserved for future generations.

Religions are also especially well positioned to reach where no other institution does. On the one hand, their global educational and health network, as well as the presence of places of worship – churches, mosques, synagogues and temples – in almost every corner of the planet where there is a human presence, could potentially serve as vectors of social transformation or “hubs” of climate awareness and action. Alongside this institutional capital, there is also the remarkable financial capacity of religions. It is estimated that approximately 12% of the world’s financial assets are directly or indirectly linked to religious institutions or faith-based organizations.

In addition, religions also have a special capacity to generate “social capital,” uniting and articulating local communities and promoting particular modes of global citizenship. This ability, in a socially fragmented, economically polarized, and ideologically divided context, is of great importance in initiating processes of social, economic, and environmental transformation. At the same time, religions remain repositories of ethical values and, despite their contradictions, they possess a “moral capital” that permeates and transcends their congregations.

Finally, religions are also potential builders of intercultural bridges with the capacity to dialogue with very diverse societal actors, influencing decision-making, establishing forums for dialogue and facilitating understanding. In short, given its enormous cultural influence, its moral capital and its extensive institutional network, it makes sense to ask to what extent interreligious dialogue and concerted interreligious action could accelerate the multiple transformations that we urgently need.