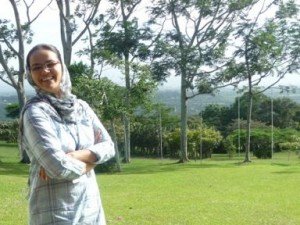 Natural disasters, such as landslides, avalanches, sandstorms, and floods make Afghanistan one of the most disaster-prone regions in the world (UNAMA, 2013). Consequently, there is always the risk for loss of people’s lives and livelihoods and destruction of property. This paper describes how the Afghan government responded to the disasters and what measurements were taken to reduce disaster risks. And while this paper will not provide a comprehensive discussion of all natural resources in Afghanistan, it seeks to provide a basic understanding of natural disaster management and disaster response and disaster risk reduction in the country.

Afghanistan is a landlocked country, bordered by Iran, Turkmenistan, Uzbekistan, Tajikistan, and China to the north and northeast, and by Pakistan to the east and south. Two-thirds of Afghanistan is mountainous. The seismic location of Afghanistan makes it more prone to frequent earthquakes and some have been devastating, causing widespread damage. Since 1985, more than 10 earthquakes with magnitudes above 6 were documented.

From 1997 to 2004, Afghanistan experienced an extended drought, which resulted in massive internal displacement, severe water shortage and crop loss, and the spread of various types of water-related diseases due to the lack of access to adequate sanitation. Since 2004 however, the winters have been remarkably cold and wet. The rapid rise in spring and summer temperatures (snow accumulates in winter and melts in summer) and heavy rain resulted in widespread flooding. This may be the result of reduced capacity of watersheds to maintain their hydrological balance due to the negative impact of deforestation and overgrazing.

The Department for Disaster Preparedness is the national organization directly working on disaster risk management in Afghanistan. It was established in 1971 as a national commission consisting of ministries under which the Afghanistan National Disaster Management Authority (ANDMA) was established in the same year. The National Environment Protection Agency was established in 2005. In 2002, the mandate for environmental management by the transitional administration and the first environmental law was drafted and signed in April 2005 by President Hamid Karzai. These policies were developed to strengthen the department’s capability to improve preservation of the environment in the country.

The role of ANDMA is to consult and support the coordinating ministries in managing natural disasters. Since 2003, ANDMA was able to develop a new Policy and Strategy for Disaster Management and also prepared the National Disaster Management Plan. With this new policy, the national disaster risk management organization is tasked to intervene rapidly and effectively in disaster situation. This includes delivering and broadcasting early warnings, conducting search and rescue and care for the victims, examining the situation and reporting damages and needs, cleaning and rehabilitating the affected area, providing emergency food and water supplies and sanitation facilities, and controlling distribution of relief goods. It is also in charge of evacuating people and livestock, providing information and advice to the public, maintaining contact with media, and implementing measures for long-term recovery.

There are 20 key ministries that act as the government’s national partners, but only 10 of which cooperate with ANDMA: the Ministries of Planning, Rural Rehabilitation and Development, Interior, Public Health, Information and Culture, Defense, Refugees and Repatriation, Irrigation and Environment, Telecommunications, and Agriculture.

But ANDMA declares that there are barriers to the implementation of their plans and strategies, such as the low capacity of some ministries to coordinate with them. For instance, although the Ministry of Telecommunications is present in all provinces, it does not have the capacity or the resources to provide emergency communications systems support during disaster operations. The main challenges faced by ANDMA in its disaster management efforts are weak management, limited capacity, lack of early warning systems, lack of access to equipment and technology, and lack of budget.

According to ANDMA’s plan, an effective disaster preparedness and response system should have already been in place by 2010. But in April 2013, two natural disasters occurred that showed the limitations of Afghanistan’s disaster preparedness. There was a magnitude 5.6 earthquake in Jalalabad Province bordering with Pakistan. The quake resulted in seven casualties, injured dozens, and damaged many houses. Then, heavy rains in most parts of the country, particularly Balkh province in northern Afghanistan, killed 20 people, destroyed 200 houses, and damaged livestock. According to a chief tribal elder from Kunar Province, the people who lost their homes had nowhere to go and spent the night in the open, under the rain.

Despite the assistance and coordination of many national NGOs and international organizations, and in particular UN bodies, during incidents of natural disasters, the government has failed in its duty to help or rescue its people. They are not only incapable of adopting prevention mechanisms but are unable to help victims after disasters. In 2010, an avalanche at Salang, a mountain pass connecting Kabul to north of Afghanistan, killed 160 people. After a week, the local community was still helping relatives of lost people to recover their dead. In 2012, another avalanche at the northern part of Afghanistan killed 37 people and the entire village was damaged. The casualties in disasters are mostly due to inappropriate housing standards, since many homes are often made of mud, which are not resistant to frequent earthquakes and floods. Despite all these occurrences, there is still no adequate community empowerment program to cope with disaster risks.

The government, specifically ANDMA, is responsible for implementing precautions for disaster events such as identification of hazards and conduct of public education and awareness programs. However based on my experience in Afghanistan over the last 17 years, I have not seen any educational program, neither on TV nor in schools, about natural disasters. Even newly-built buildings are not equipped with emergency exits and other safety precautions. The teaching materials and curriculum lack information on natural disaster management and risk reduction. There is no collaboration between the Ministry of Education and the Department of Natural Disaster Management; in fact, the ministry is not even in the list of the ANDMA coordination ministries.

The government’s disaster response programs are short-term and seasonal and there is limited effort to develop a sustainable program for disaster preparedness and risk reduction. Temporary activities following each disaster, lack of transparency in terms of budgeting, and lack of accountability for people’s safety are the main problems of the government. There is no mitigation and adaptation plan for climate change in environmental institutions and disaster risk reduction is not mainstreamed in government institutions.

In general, Afghan institutes that deal with disasters are not strong enough. More training and adequate resources are needed to strengthen the capacity of the government to manage disasters.

According to the UN Office for Disaster Risk Reduction or UNISDR, “disasters often follow natural hazards. A disaster’s severity depends on how much impact a hazard has on society and the environment. The scale of the impact in turn depends on the choices we make for our lives and for our environment. These choices relate to how we grow our food, where and how we build our homes, what kind of government we have, how our financial system works and even what we teach in schools. Each decision and action makes us more vulnerable to disasters – or more resilient to them.”

Environmental problems concern both the countryside and the cities. Every year hundreds of people and thousands of livestock are lost due to natural disasters. However, according to UNISDR, it generally depends on how we choose our coping mechanisms, how we protect our environment, how we teach our people, and the measurements that government takes to protect their people.

Ms Zahra Hossainy is from Herāt, Afghanistan and received her undergraduate degree in English Literature from Herāt University in 2008. She worked part-time with different international assisting organizations such as Médecins Sans Frontières, International Rescue Committee, HELP Germany, and the British Broadcasting Corporation Monitoring. In 2012, Zahra was awarded a scholarship to pursue her Masters degree through the Asia Peacebuilders Scholarship and is currently taking a dual Master’s Degree in Gender and Peace Building at the UN-mandated University for Peace in Costa Rica and Ateneo de Manila University in the Philippines. She is currently preparing for her internship with the Gender and Development for Cambodia, a local NGO in Cambodia. She can be reached through her email address hossainy_zahra(at)yahoo.com.