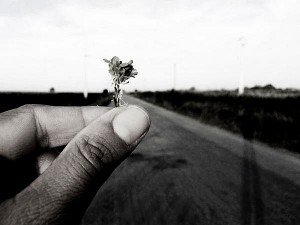 I was unexpectedly fortunate to be a member of a group of 22 Jesuits and lay persons who attended the Summit on Sustainable Development at Johannesburg in September 2002: a mid-point between the UN Conference on Environment and Development (UNCED) held at Rio in 1992, and the forthcoming UN Conference on Sustainable Development also in Rio, 20 to 22 June 2012, or Rio+20.  In an article written after the Johannesburg Summit, I concluded: “we are left with the overwhelming conviction that the present unequal political and economic balance of power in the world will not allow for a significant change.”

In what follows I argue that the last 10 years, rather than disproving this negative prediction, seem to strengthen it.  I am aware that after innumerable efforts, sluggish gains have been made in fostering environmental policies.  Popular awareness and perceptions have become more sensitive to the need of sustainable development. Many activists, however, share a perplexed disquiet: have we lost the momentum?  I share these doubts.  My contention is that the fruits of a policy of gradualism, of “small steps” may have reached a dead end.  Let me outline briefly the main reasons for defending this position.

First, the socio-cultural, political and economic context of today’s world has dramatically changed: the promises of globalization to create a global village with benefits for all have run aground.  The political rise of right and left extremisms -two sides of the same desperate coin – is destroying the open spaces of human tolerance gained over the past 30 years.  Walls among and between groups and nations; hardening frontiers between those who have and those who have not (migration is only one particular case); and the increasing use of religious fanaticism and conservatism for political gain have all made the world scene look very different from the dream of a globalised and therefore better world.  Add to this a set of values based on instant gratification and consumerist greed not only in high places but widespread, and the disappearance of the concepts of hard work and discipline.  The hardening of protectionist tendencies and the ‘balkanization’ of the European banking system, at a time when financial unification and supervision can save the euro, make the picture even gloomier.  To put all this somewhat provocatively: we are witnessing a powerful attempt to erode and dismantle the foundations of social equity, universal access to opportunities, communal solidarity, and the capacities of the nation-states to support the common good and control individual greed.

Second, the rise of the BRIC countries (Brazil, Russia, India, China), with China and India as leaders of this group of emerging nations, has, on the positive side, broken the image of a world dominated by one single political power; but has also, on the negative side, resulted in bringing back the ideal of “economic growth at any cost.”  With both China, and especially India, suffering significant economic slowdowns, it seems highly improbable that they will support radical policy changes in pending issues or allow the discussion of important challenges that have for long remained under the table.

Third, the concept of the ‘Green Economy’ proposed as the new economic paradigm carries, in the context of global recession, the inherent danger of weakening the linkage between environment, equity, and the components of social development (poverty eradication, job creation, food, health, and education).  In a world of increasing inequalities, this would be fatal for the poor.

Fourth, developing countries will continue to use the complex structure of the World Trade Organization to block any attempt to remove agricultural subsidies and to allow for the introduction of environmentally friendly ones in the developing world.  Very little climate-friendly technology has been transferred to developing countries; this tendency will be reinforced and TRIPS (the international agreement on Trade Related Aspects of Intellectual Property Rights) and the IPRs (intellectual property rights) will be again used to block forthcoming proposals.  If this policy of blocking the transfer of technology is not radically changed, the BRICS will understandably continue to block ruthlessly and effectively any move to impose restrictions on their pattern of energy production and consumption.

Fifth, developing countries have forcefully insisted that developed countries should provide “adequate, new, and additional” finances to implement the new proposals.  We are talking of proposals between US$ 500 and 1,000 billion per year.  The pessimistic economic prediction for the next two years will make these figures completely unrealistic.

Sixth, facing many unfulfilled targets in the UN Millennium Development Goals, the poor of Africa and Asia, indigenous, and other socially marginalised communities have grown increasingly sceptical of proposals backed by outsiders and their own political elites.  Trust in the willingness of the political class to look beyond their own narrow interests is fast disappearing everywhere.

Let me end by acknowledging again the positive gains of the last 20 years obtained by those who have defended a ‘gradualist’ approach.  I have supported this approach in the past.  The changes in the context outlined above suggest that there may be other issues desperately engaging the dark corners of the minds and hearts of people.  It also shows that the political class is responding to these challenges late and in a haphazard manner.  What is at stake seems to be so fundamental that the policy of taking small steps may bring us closer to the precipice.

Most likely pragmatists will carry the day… if we have such a day!