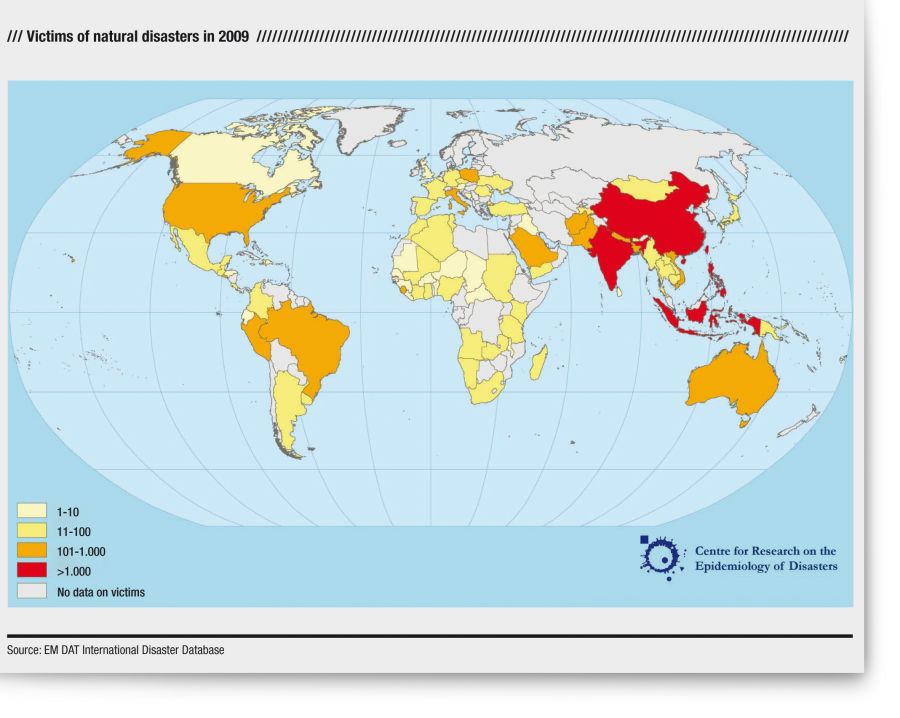 “A huge majority of EU citizens care deeply about the environment,” states a recent press release  from the European Commission.  It corresponds often to the dynamics of environmental disasters, that hazards of major social and environmental technologies become a major focus.  Fukushima and Deepwater Horizon – like any other environmental disaster – again demonstrate the close interaction between progress and modernisation on the one hand, and the potential risk – as well as the perception of  crisis – on the other.  Although it is true that risk is a fundamental existential experience that has always been present in human history, it appears nowadays as a key category of social science, due to technological progress, large-scale technologies, and the  numerous crisis events they entail: in particular the major environmental disasters that have occurred since the 1970s.

The question of an adequate balance among risks within society, and questions of adaptation and mitigation, have therefore become central topics of  political science.  Concisely, the German sociologist Ulrich Beck discerns a “risk society.”  His influential best-seller Risk Society: Towards a New Modernity was published in Germany in 1986, shortly after the nuclear disaster of Chernobyl.  According to Beck, modern societies differ especially from societies at earlier stages of human history by their potential for self-harm, their capacity to place themselves in danger.  As a new phase in the development of modern progress, such societies are essentially conditioned by the fact that “the problems of risk-sharing become more important than the conflicts of distribution of wealth.”

To perceive risks as risks there is needed public debate.  In this sense, risks are defined as publicly perceived threats, which are managed by elaborating newly constructed promises of safety by means of modern methods of risk calculus.  The situation of risk and danger in the era of modernity is the result of a gradual erosion of those social, ecological – and indeed general – values, which fulfilled a protective function in pre-modern societies.  Anthony Giddens summarizes this shift through the memorable image of the juggernaut, a “runaway engine of enormous power which, collectively as human beings, we can drive to some extent but which also threatens to rush out of our control and which could rend itself asunder.  The juggernaut crushes those who resist it, and while it sometimes seems to have a steady path, there are times when it veers away erratically in direction we cannot foresee.”  (The Consequences of Modernity: 1991, p. 139)

Modern risks are therefore characterised by the fact that the potential danger inherent in every action becomes increasingly difficult to predict.  At the same time, the chances to “undo” or to externalise the environmental consequences are reduced.  But nevertheless, risks are not the result of immutable natural processes, but are taken consciously and responsibility must be assumed for their  consequences.

The public exchange about risks and dangers has become broader.  Yet it is not only government authorities but also civil society actors who are called to take a position.  Christian churches, with their theological and philosophical foundations, should contribute to ethical guidance addressing these social and ecological changes.  More than ever, the churches, as social spaces of dialogue and learning, are necessary to allow a structured and calm discourse about the risk contracts that our societies are willing to accept.  In the risk society, the churches are essential as spheres of collaborative learning, careful observation and reflection on the goals, means and necessary decisions.