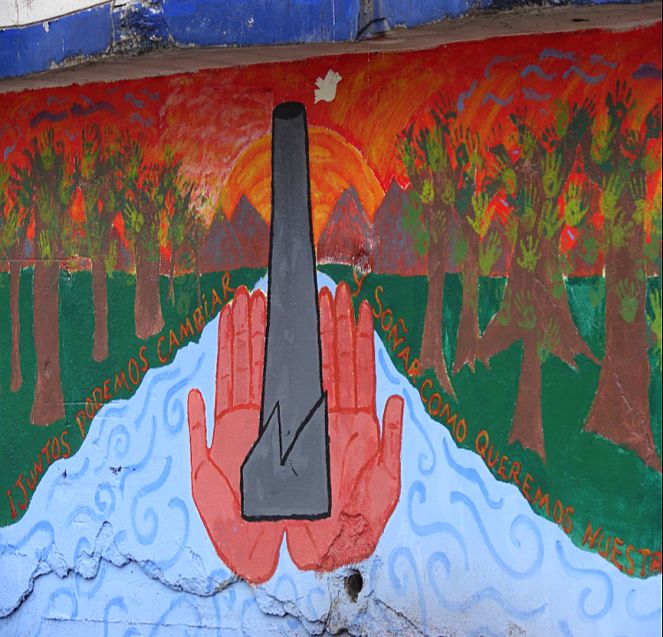 In 2004, I received an urgent request from a community organization to conduct a study to measure toxic metals in the residents of La Oroya, Peru, a city affected by environmental contamination produced by the La Oroya smelting complex.

The La Oroya smelting complex was built in 1922 by the US Cerro de Pasco company.  In 1974, the Peruvian government nationalized the company.  However, in 1997, La Oroya smelters and refineries were sold to the Doe Run company in Saint Louis in Missouri, USA.  This allowed Doe Run US to expand internationally beyond lead to the production of copper, silver, zinc, gold and other metals at La Oroya.  The smelter took the name of Doe Run Peru (DRP) metallurgical complex.  Billionaire Ira Rennert owns both Doe Run Missouri and Doe Run Peru and a story on the impact of these companies on environmental contamination and the health of children can be viewed here.

There is sufficient evidence of the toxic effects to human health of all these pollutants.  The Blacksmith Institute called La Oroya one of the most contaminated cities in the word, and La Oroya residents were deeply concerned about the health effects of the contamination caused by the smelting complex.

However, the community organization felt that Peruvian government authorities and DRP officials did not care about community concerns because, among other reasons, there was insufficient evidence of the impact of the DRP smelter’s emissions on public health.  So the organization launched an effort to get an independent study done in La Oroya that would provide credible information on the extent of human exposure to toxic metals in this city.

As a Jesuit university with the only School of Public Health accredited in the US, Saint Louis University embraced the call for partnership and provided the support needed by the research team that I led.  The principles that animate this partnership are a community-based participatory approach to research, scientific rigor and independence, respect for the culture of partnership participants, ethical integrity, and commitment to share study results with all those involved, especially those directly affected by contamination.

Evidence of health and environmental impacts

In November 2005, the Centers for Disease Control (CDC) in Atlanta completed the laboratory analysis of blood and urine samples of two population samples, one from La Oroya, the study site, and one from Concepcion, the control site.

By the next month, the School of Public Health team flew to Peru to report the study results.  These results indicated that 97% of children between six months and six years of age and 98% of children between seven and 12 years have elevated blood lead levels, in some cases three or four times the level of concern.  According to the CDC, an elevated level is any level equal to or greater than 10 µg/dl in 2005 and now is 5 µg/dl.  Other age groups of men and women also had over 60% of elevated lead levels.

The levels of arsenic found in La Oroya residents were twice as much as those found in Concepcion, the control site.  Also, La Oroya’s population sample had blood cadmium levels more than three times the US average, and urine cadmium more than six times the US average.  And the level of antimony in La Oroya was 30 times higher than the average level in the US population.

The study results provided evidence of the gravity of the environmental health crisis experienced by the people of La Oroya, and of the need for an urgent response to this crisis by government authorities, DRP officials, and other stakeholders.

After hearing the results, local residents and organizations wanted to know the extent of the contamination in their environment, especially in the Mantaro watershed that provides water to the Junin region where La Oroya is located.  The Mantaro upper and middle watershed is one of the most important agricultural production areas of the Peruvian Andes, is the main producer of hydroelectric energy, is the site of important biodiversity, and the home of 700,000 people.

The School of Public Health in partnership with the Archdiocese of Huancayo conducted a comprehensive assessment of the level of toxic metals (lead, arsenic, cadmium, and others) and hazardous compounds in the air, water, and soil of the Mantaro watershed.  The results of the environmental assessment indicated that sulphur dioxide levels exceeded acceptable standards.  Water was contaminated in most places near mining and smelting areas, with only nine out of 44 sites still clean.  Regarding soil, toxic metals such as lead significantly exceeded acceptable levels in many sites throughout the Mantaro region.

One of the main conclusions of the environmental assessment was that the elevated levels of toxic metals and other compounds are not the result of natural factors but of mining and smelting activities, with the DRP complex as the primary source, and that there is a need for national regulations on soil quality.

La Oroya residents, community organizations and the Archdiocese of Huancayo wanted credible evidence that can be used to raise awareness and educate and also to make better decisions on programs and policies to protect public health and environmental quality.  The studies done by Saint Louis University provided this evidence.  The results of the studies on levels of toxic metals in the La Oroya population and in the air, water, and soil in the Mantaro watershed were used in community education, advocacy initiatives, and to call government authorities and DRP officials to take action.

As a result of these studies, community residents are growing more aware of:

The evidence described above was also used in the following legal pursuits: in a lawsuit against the Peruvian state brought to the Inter American Commission on Human Rights demanding precautionary measures to protect the health of La Oroya residents in 2005; in lawsuits filed in Saint Louis against Doe Run on behalf of La Oroya poisoned children; and in a July 2012 congressional hearing in the US House of Representatives Subcommittee on Africa, Global Health, and Human Rights called Poison Harvest: Deadly US Mine Pollution in Peru and Saint Louis University published a news story on this hearing.

What we have learned since 2004 working together as a partnership in Peru is that: (1) scientific evidence is critically important to link environmental impact with health outcomes; (2) university-community partnerships can be effective in generating scientific evidence; (3) it is important to identify the connections between the local, national, and global aspects of the mining and smelting business; and (4) that advocacy is needed at every step of the way from research to education and to program and policy change, and ultimately to environmental justice.

We have worked together towards the goal of healthy communities living in healthy environments because “health is a state of complete physical, mental and social well-being and not merely the absence of disease or infirmity.”  And health is only possible where resources are available to meet human needs and where the living and working environment is protected from life-threatening and health-threatening pollutants, pathogens, and physical hazards (from the Constitution of the World Health Organization).

Dr. Fernando Serrano is Assistant Professor of Environmental and Occupational Health at the Saint Louis University School of Public Health in St Louis, Missouri, USA.  He presented the La Oroya case last September 2012 during the meeting of the Global Ignatian Advocacy Network on the Governance of Natural and Mineral Resources.  He may be reached through his email: serranof(at)slu.edu.