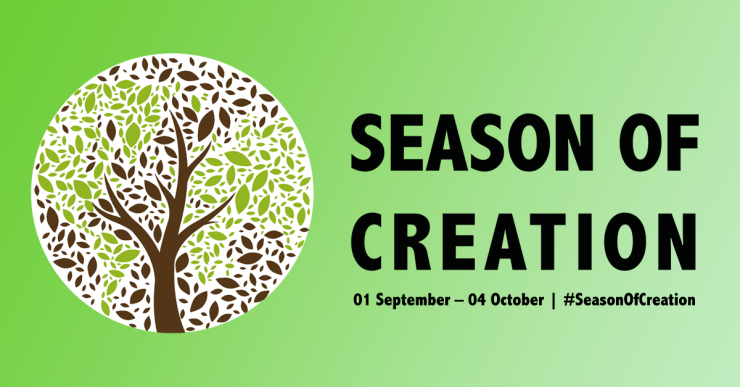 Pope Francis established the World Day of Prayer for the Care of Creation  in the Catholic Church last year.  Celebrated on 1 September every year, this event unites the Catholic Church with the Orthodox Church that started to celebrate this event since 1989.  Many other Christian churches have joined since then.

The theme of Pope Francis’ message to mark the World Day of Prayer for the Care of Creation this month is taken from the Extraordinary Jubilee Year and his encyclical letter, Laudato si’: Show mercy to our common home.

Pope Francis remarked that this Day offers to “individual believers and communities a fitting opportunity to reaffirm their personal vocation to be stewards of creation, to thank God for the wonderful handiwork which he has entrusted to our care, and to implore his help for the protection of creation…”

Apart from the celebration of this annual feast, different churches and religious groups have called for a month-long Season of Creation from 1 September until 4 October, the Feast of Saint Francis of Assisi.  In a dedicated website called Season of Creation, there is a brief explanation of how the celebration of this season started and has suggested activities for parishes, individuals, and communities including the  special Creation Day messages of both Pope Francis and Patriarch Bartholomew.

Churches across the world mark the Season of Creation with services and times of worship that celebrate God’s creation and serve as a reminder of humanity’s duty to safeguard the earth.  In a video prepared for the occasion, the Archbishop of Canterbury Justin Welby called on Anglicans to take part in the celebration of the Season of Creation and join Christians worldwide and expressed that “(t)he outcome of climate change is not potentially bad, it is potentially fatal, for the most fragile countries and regions on earth, and for the billions of people who live in them.”  The Church of England’s Environment Task Group also has a set of liturgical resources to encourage churches who wish to celebrate and cherish God’s gift to humanity in creation while the Anglican Communion Environmental Network also has a resource hub  for the 2016 Season of Creation.

For the World Council of Churches (WCC), 1 September to 4 October is the Time for Creation.  The proposal to celebrate a Time for Creation during these five weeks was made in 2007 and by the following year the WCC Central Committee affirmed this event and churches were invited “to observe through prayers and actions a special time for creation, its care and stewardship.”

Meanwhile, the Pope’s Worldwide Prayer Network  launched a monthly series of short Pope videos.  For September 2016, the Pope Video 9 (For a more human society) has Pope Francis describing the global crisis as not only financial and economic, but also ecological and educational, and for which he invites the faithful to take action and contribute to the common good in building society where the human person is at the center.  Other Pope videos invite the faithful to join his own prayer on different concerns of society such as interreligious dialogue, the protection of children and the family, the role of small farmers, the respect for women, the solidarity in cities, and respect for Indigenous Peoples.

Care for Creation  is the Pope Video 2 released in February where he reminds us that “the relationship between poverty and the fragility of the planet requires another way of managing the economy and measuring progress, conceiving a new way of living.”  Towards the end, he only has one request, “that we may take good care of creation-a gift freely given-cultivating and protecting it for future generations” and show mercy and care for our common home.