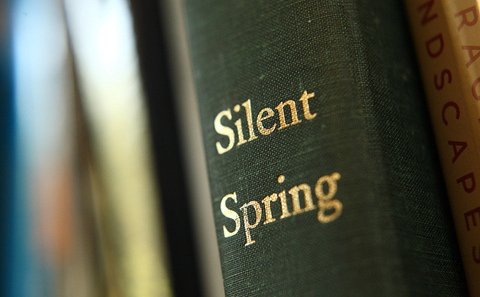 This year we are celebrating the 50th anniversary of Silent Spring, a book written by Rachel Carson that prompted the concern about the environment in developed countries, exposing the dangers of pesticide use in farming, wildlife, and people’s health.

Since the American biologist first drew attention to the effects of industrial pollution on environment and on human health, concern for these issues increased and there is much more environmental awareness.  At the same time, there is a wide range of views that emerged, ranging from negativism to those verging on heralding the apocalypse.  The media now devotes more attention on environmental concerns although often sensational.  Ecological concerns are also now getting integrated into agendas of various sectors in governments and civil society, including business, the scientific community, the education sector, non-government organizations, and the religious.

The current concern for ecology is like a common space where we find many people and actors with different sensitivities, priorities, and interests.  But what are the reasons that led to this concern?  I consider six different reasons:

Economic. There is a progressive degradation of ecosystems because of its present and future consequences.  A recent report of the Organisation for Economic Co-operation and Development warns: “Continued degradation and erosion of natural environmental capital is expected until 2050, with the risk of irreversible changes that could endanger two centuries of rising living standards.”  Effectively, governments, business, and insurance companies try to quantify the cost of the environmental degradation in their economic analysis.  The valuable contributions of reports such as Global Risks 2012 by the World Economic Forum and the work of other organizations like The Economics of Ecosystems and Biodiversity are a good example of the use of ecology as a variable in the economics analysis.

Intellectual. Scientists also warn about environmental degradation processes and their future consequences.  The last report of the UN Environmental Programme, Global Environmental Outlook 5 was specifically commissioned for Rio+20 and shows an acceleration of ecosystem changes as well as the danger this poses to future life on earth.  Many scientific institutions are worried about the evolution of these processes.

Aesthetics. The art and the aesthetic experience have always found nature a source of inspiration.  John Ruskin said that “nature draws for us, day by day, an infinite beauty.”  However, the degradation of terrestrial and marine ecosystems is leading to the disappearance of unique landscapes and the extinction of many species.  This process leads to a reduction of the aesthetic experience and diminishes the possibility of human fulfilment that art provides.

Ethics. Analysing the problems of environmental degradation leads then to questions about social justice.  The converse is also true – indeed indigenous peoples, ethnic minorities, and the poorest bear the worst consequences of pollution, ecosystem degradation, and natural disasters.  The poorest are the least equipped to cope with extreme climate phenomenon.  These reasons of inter-generational justice should be extended as well, as Hans Jonas said, to include a new variable: the moral debt to the future generations with regard to the present actions.  Environmental degradation raises questions about a better distribution of goods, social justice, and inter-generational justice.

Spiritual. Finally, but certainly no less important is the religious concern pertaining to the environment.  For believers, the world is not just a combination of material and energy but a gift from God for us to steward.  For this reason, religions, fundamental actors in our society, have something to say with respect to ecological issues.

Half a century after the emergence of environmental awareness, there are many reasons leading to an interest in ecology.  Whether for reasons that are economic, political, intellectual, aesthetic, ethical, or spiritual, every one should be concerned about environmental issues.  We all must make an effort to establish dialogue and to look for solutions to our environmental problems.  Our task must be to communicate the environmental problems and to work together in the challenges of this time, which could be the beginning of a silent transformation.