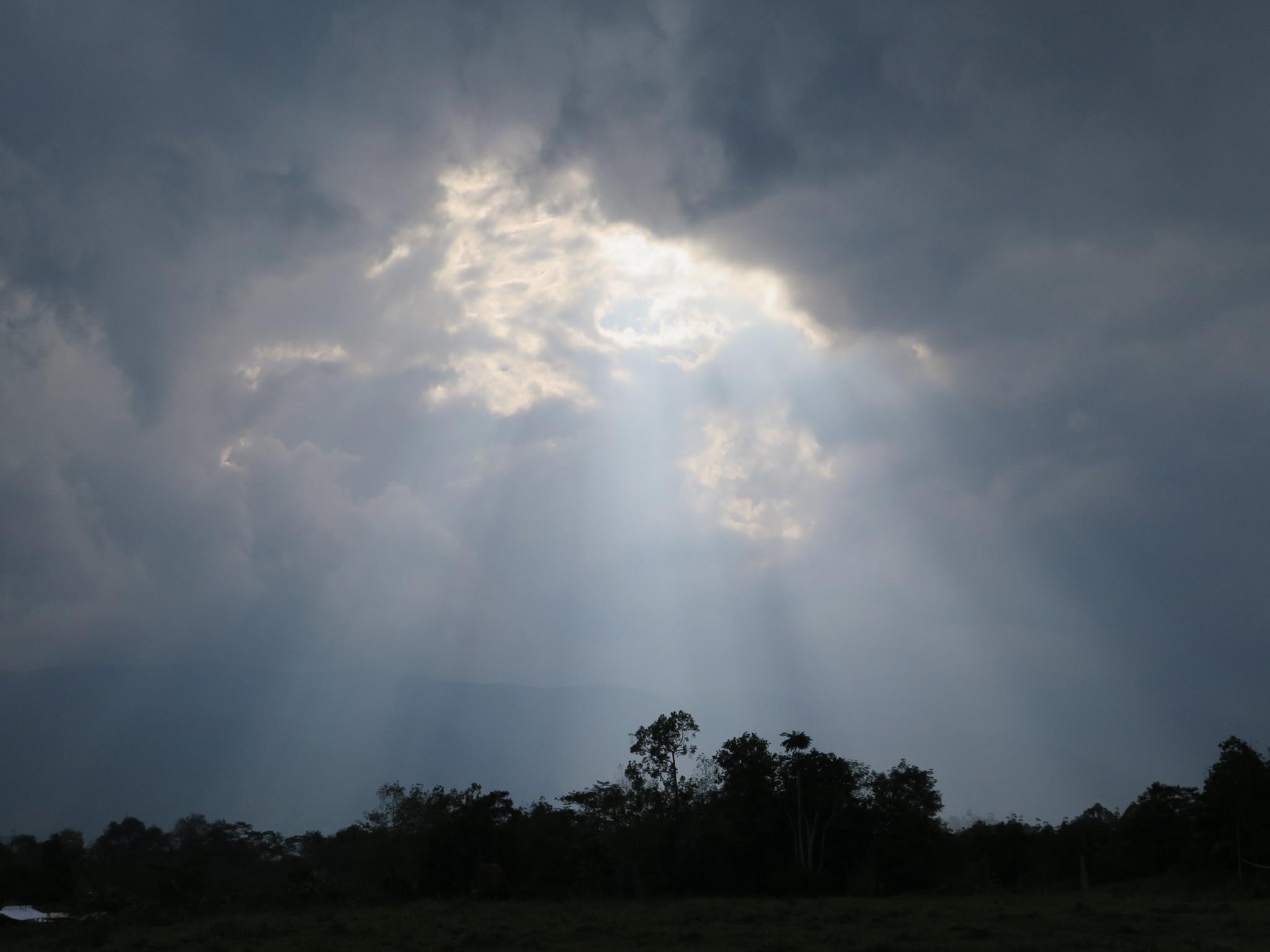 Ecology has become a crucial topic of our time. The present model of economic development based on huge industrialization and the consequent consumerism has become the core of our social life. This model is sustained by other important elements such as technological innovation, the advertising industry, and financial activity. There is no doubt that we live moments of wellbeing unknown until now, and this good reaches a great number of people around the world.

Although simplifying the analysis, the price we are paying is too big for, what seems increasingly clear, a model of development that will be very difficult to sustain in the future and one that millions of people still do not enjoy the same advantages.

The ecological crisis, as we follow the production process, refers to the depletion of natural resources. Oil, gas or minerals are not renewable resources, so once extracted they can no longer be recovered. Even with the so-called renewable resources, the situation is not much better. Deforestation, pollution of aquifers, overfishing that depleted traditional fisheries, levels of air pollution are a daily threat to our health, and biodiversity is suffering great damage. Only the sun seems to escape our predatory activity.

The Christian response, as noted by John Paul II and clearly declared by Pope Francis, is an ecological conversion, “whereby the effects of their encounter with Jesus Christ become evident in their relationship with the world around them” and this is also because “(l)iving our vocation to be protectors of God’s handiwork is essential to a life of virtue; it is not an optional or a secondary aspect of our Christian experience.” (Laudato si’, n.217)

Individualism and the risk of an excessive anthropocentrism

Evidently individualism is not exclusively the result of Ignatian spirituality, but we cannot ignore that Ignatian spirituality can indeed reinforce this kind of attitude. First by its own process which is fundamentally an individual experience, the exercise of mental prayer facilitates a spiritual experience that is built into the interior of the subject: discernment, consolation and desolation, among others.

The P&F (principle and foundation) is a key element in Ignatian spirituality and if we miss the transcendent context, it refers to a huge anthropocentric bias: “Man is created to praise, revere, and serve God our Lord, and by this means, to save his soul. And the other things on the face of the earth are created for man and that they may help him in prosecuting the end for which he is created. From this it follows that man is to use them as much as they help him on to his end, and ought to rid himself of them so far as they hinder him as to it.” (EE 23)

What at first is a wonderful invitation to live a healthy distance from things and not to feel trapped by them, can glide us to a more ambiguous area where its own status is not recognized as to its creation and in which man becomes the measure of everything, because everything would be set in front of him for his service.

We need to read the P&F in that transcendent dimension to overcome a pragmatic and utilitarian horizon. As Pope Francis says: “If we approach nature and the environment without this openness to awe and wonder, if we no longer speak the language of fraternity and beauty in our relationship with the world, our attitude will be that of masters, consumers, ruthless exploiters, unable to set limits on their immediate needs. By contrast, if we feel intimately united with all that exists, then sobriety and care will well up spontaneously.” (Laudato si’, n.11)

The dynamic of the Incarnation: how God embraces the world

So far we have seen some of the potential limitations in Ignatian spirituality in this process of ecological conversion. We highlight some of the elements that can help in this journey of conversion.

In the contemplation of the Incarnation (EE 101), a model is offered to us in three steps to approach the created world: to contemplate, to have compassion, and to engage with the world.

With this, we are describing a very powerful dynamic also for ecological conversion because obviously we need to change our way of looking in order to find value where now we only see profit. We need to understand not only the complexity of the natural world and the complex interactions that keep it in equilibrium (physical and chemical systems), but we must also empathize with the real, especially with the most fragile and those suffering, so that we can commit ourselves in full responsibility.

From contemplation to ecological commitment

The second week of the Spiritual Exercises is crucial to set the apostolic dimension of our faith. It also has to play an important role in this ecological conversion. We need to move from the admiration that causes the fascinating action of the Creator God to engagement, and to the radical life expected from a disciple of Jesus. There is no such conversion if it does not involve a transformation of our lifestyles, of our personal behaviour.

Ignatian spirituality is configured as a spirituality of election and discipleship to follow Jesus. The contemplation of the life of Jesus Christ helps us to overcome the difficulties we have previously experienced. We try to incorporate the experience of discipleship in community as against individualism. Environmental risks are not “other risks” but the “same risks” of any human action devoid of an ethical horizon. “We are faced not with two separate crises, one environmental and the other social, but rather with one complex crisis which is both social and environmental. Strategies for a solution demand an integrated approach to combating poverty, restoring dignity to the excluded, and at the same time protecting nature,” Pope Francis said. (Laudato si’, n.139)

The power of choice

So far we’ve seen two aspects of Ignatian spirituality that can contribute positively to the ecological conversion: to anchor this spiritual experience in gratitude through the contemplation of the mystery of the Incarnation; and the dynamic of election-discipleship as a form of response to the initial love of God.

The third and final element is the practice of discernment. It is crucial because of the many risks that appear when following the Lord (fear, prejudices, ideology, paralysis, or ignorant criticism) especially when it comes to guide our behaviour in society.

The role of discernment in this ecological conversion is very important because, as stated earlier, our practice has to be accompanied by a prudent assessment of the data provided by science, by the knowledge of the events and of the actors involved, and for a tireless search to discover the most disadvantaged and those who suffer the most in this context. Discernment plays a critical role in preventing us to fall into naïve or voluntarist positions that have little to do with the engaged freedom of the followers of Jesus.

This article is part of the October to December 2015 issue of the Jesuit journal Manresa  that focuses on Ignatian spirituality and ecology and how these are echoed in Laudato si’, the papal encyclical on ecology. The full version of this article can be accessed in Ecojesuit. Ecojesuit is given permission to feature stories from this issue of Manresa.