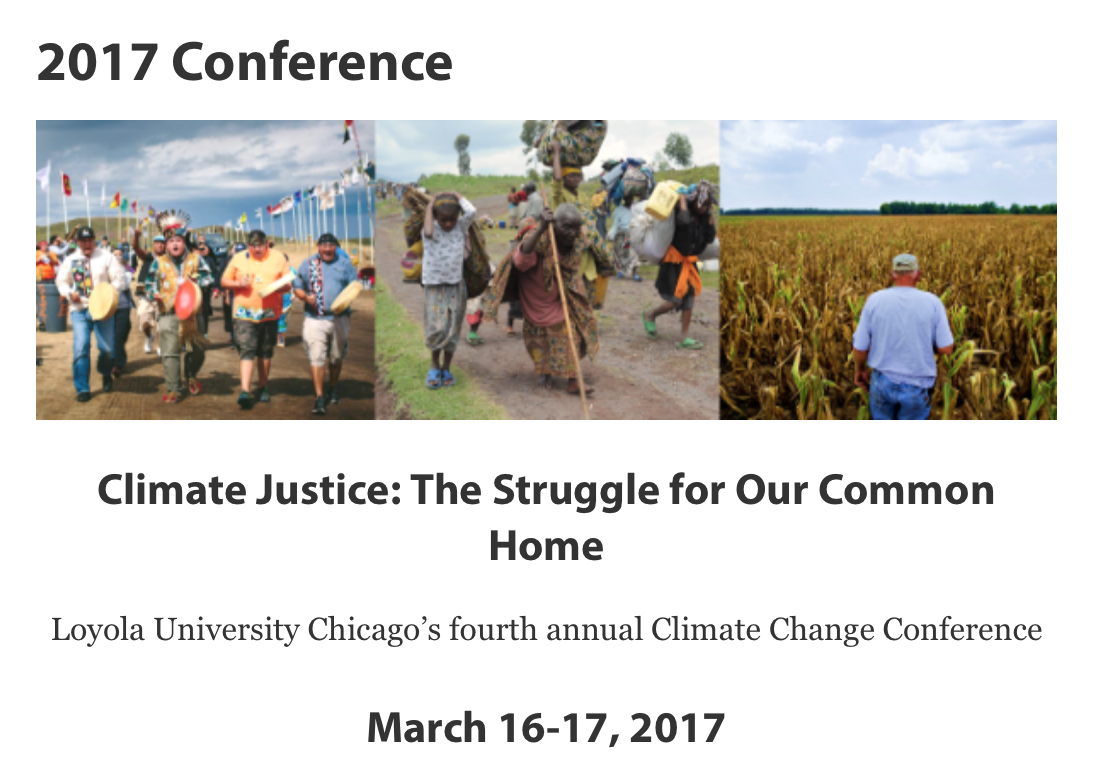 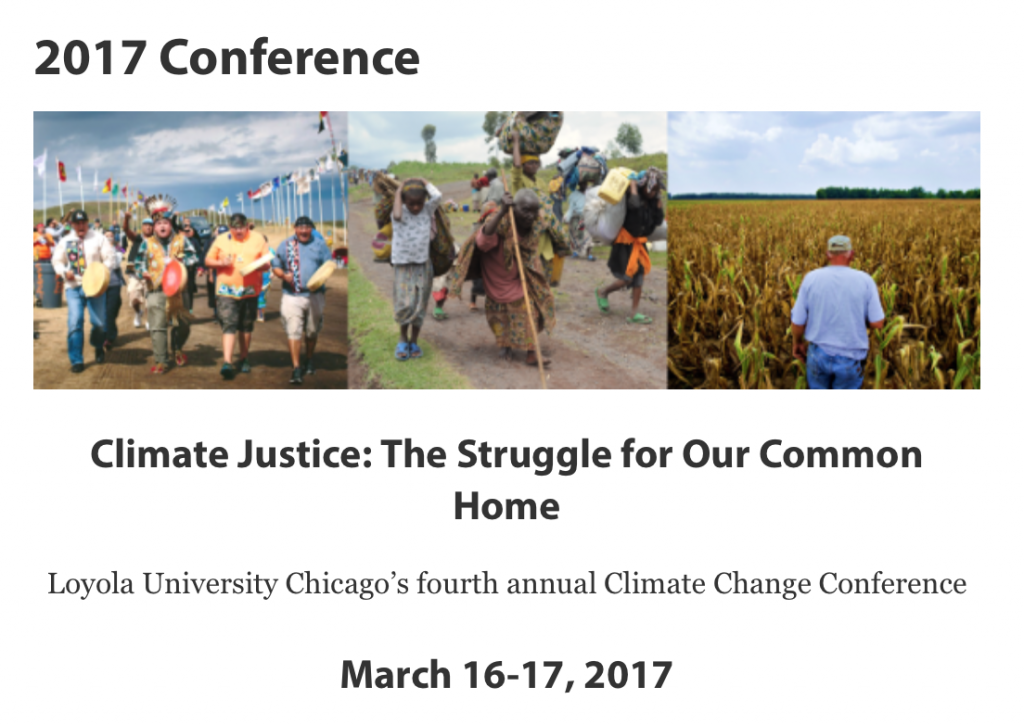 Climate justice as human justice is the main theme of Loyola University Chicago’s fourth annual Climate Change Conference on 16 to 17 March 2017 titled Climate Justice: The Struggle for Our Common Home.

Held annually since 2014 and hosted by the Institute of Environmental Sustainability, the 2017 climate change conference invites participants to learn how climate change undermines human rights and how standing up for our common home strengthens our communities, reduces inequality, and ensures a safe and healthy place to live for everyone.

The keynote speaker is Mary Robinson, the UN Secretary-General’s Special Envoy on El Niño and Climate and former president of Ireland (1990 to 1997) and UN High Commissioner for Human Rights (1997 to 2002), and who has made climate justice her issue.

In a November 2016 interview with Democracy Now! during the UN climate talks (COP22) in Marrakech, Morocco, she shared that “…climate change is undermining human rights all over the world and that people have to become much more resilient to be able to cope with that problem and that we need to be more people-centered in what we’re doing and recognize that all climate action has to respect all human rights.”

Other activities include a film screening and case study of the water crisis in Flint, Michigan, stories from Standing Rock and a brief history of how this movement began, lessons from frontline communities and their visions for a sustainable future, and corporate sustainability, and how transformational change can occur from within an organization.