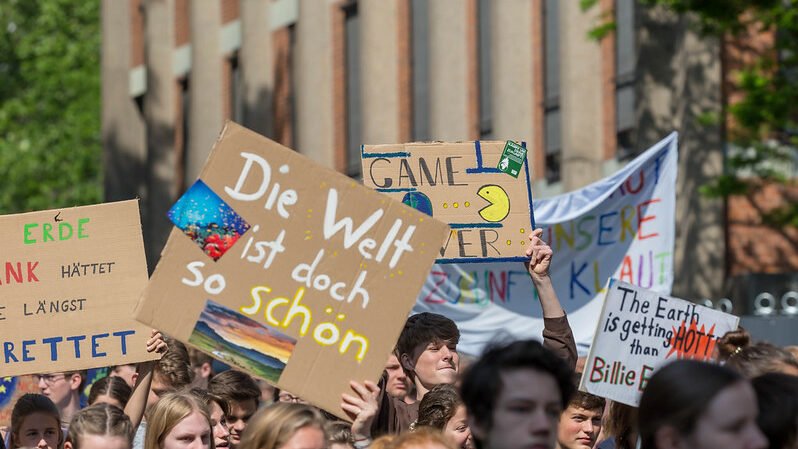 Jörg (George) Alt SJ, who manages the research and advocacy work at the Jesuit Mission (Jesuitenweltweit) in Nuremberg, Germany, requested a statement of support for the youth protest for urgent climate action in Germany that began 24 January 2022. The Environmental Science for Social Change (ESSC), a Jesuit research and training organization in the Philippines that works with youth and climate action, shared its statement of support to the German youth through Father Jörg. Support statements were also shared by  action institutions in the Jesuit Conferences in South Asia Africa, and Asia Pacific.

In December 2021, Father Jörg challenged German authorities by opening, with other activists, locked food “garbage” bins that contained edible food such as fruits, vegetables, bread, dairy products, and ready meals and distributing these to those in need. This “food rescue” is illegal in Germany and is considered theft and he was arrested. As an activist, he drew attention to the massive food waste while millions go hungry and his action was documented by the media. In Germany, supermarkets throw away 12 million tons of food every year, whose best-before date expired but which would still be edible. Father Jörg is involved in socio-ecological transformation, supporting Fridays for Future and highlighting food waste and destruction by containerizing.

From Southeast Asia and the Pacific, we welcome these peaceful actions of the young activists in Germany that express their courage and commitment to challenge Germany and the European Union to take bold measures immediately and prevent the breaching of decisive climate tipping points while struggling to stay below 1.5º C increase in global temperature.

In our part of the world, the impact of the changing climate is most felt through more frequent extreme rainfall events and stronger typhoons that cause massive flooding and landslides, especially in high-risk coastal and upland communities and informal urban settlers. The extended drought season upsets food security and thus extends the hunger season for the vulnerable. The Pacific Ocean is a key determinant in the global climate system where most immediately the large ocean states are impacted by increasing sea level rise, as well as overfishing and mining. All these are happening as land, water, and ocean degradation is increasing through unrelenting global resource extraction, unsustainable practices and lifestyles, food waste and food loss, and destructive land use conversion that leads to forest and biodiversity loss. These realities feed the climate emergency and human suffering that COP26 failed to change in the coming decade.

The pandemic plunged 75-80 million more Asians into extreme poverty, with low skilled and those living in rural areas facing greater poverty risk. These are the massive margins that the wealthy countries have to reckon with, while often being more concerned with economic growth, issues of wealth preservation, and over production of food in and for the Global North contributing to environmental degradation, migration, and exacerbating a worsening climate system.

We sincerely hope that the courageous activities of these young activists engage the German public in addressing the climate emergency that is already tangible and real, and from across the lands and seas, we are happy to echo the youth’s hopeful engagement in peaceful protest.