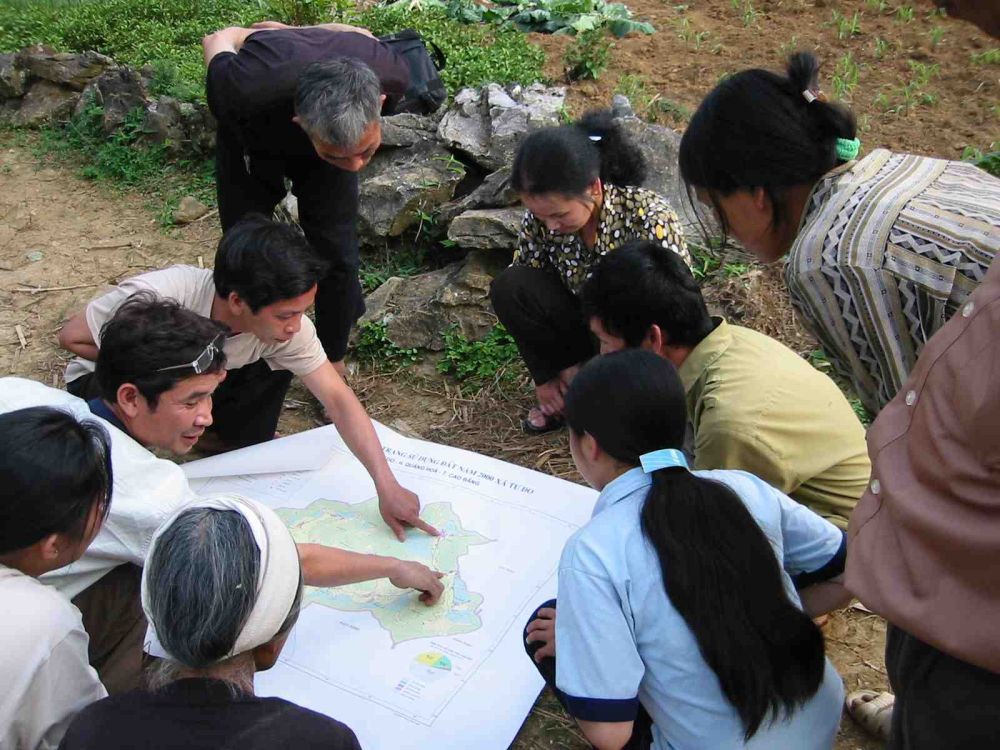 As a result of intense and lively debates about modern conceptions of governance, the active participation of the public in decision-making has gained an increasingly central role in environmental and sustainability programmes.  Political analysis has shown, that participatory processes not only possess an intrinsic value in terms of civic emancipation, but also serve to enhance the acknowledged legitimacy of political decisions, and therefore improve the effectiveness of their implementation (Newig/Fritsch, 2008)1.  Consequently, the United Nations’ Agenda 21 action plan for sustainable development emphasizes a need for “the commitment and genuine involvement of all social groups” (Agenda 21, 23.1).

The starting point of these and similar appeals for public participation is a general trust in the human capacity for self-determination and personal responsibility.  Participation is rooted in the idea of human dignity.  The objective of sustainability will therefore be achieved not only by efforts for intergenerational and global justice, but also by the commitment to procedural and participatory justice.

The participatory aspect of sustainability also offers a challenge to the Christian community.  The Compendium of the Social Doctrine of the Church (2005) observes that participation is “one of the greatest aspirations of the citizen,” “a duty to be fulfilled consciously by all, with responsibility and with a view to the common good” (189 f.).  Indeed, many Church organisations and many bishops’ conferences have long been involved in participatory processes: round tables, mediation processes n environmental issues, etc.

One core question however remains: how far the Church is willing not only to proclaim participation externally, but also to apply it to its own structures and procedures.  The tension between the outward-turned proposals of ‘social doctrine’ and its reflexive application is often striking, if we think about calls for democratisation and for the introduction of participatory opportunities for all members.  With respect to this principle of participation is concerned, the Church’s credibility depends not only on its proclamation but on its own witness.

As Cardinal Lehmann explained, in his opening speech2 to the German Bishops’ Conference in 1994, participation requires of the Church, “an open style of dealing with each other […] that is free from any fear and that provides for everybody – as a part of communion – the possibility of having his or her word to say.  […] Communio is a space of dialogue in the Church, so that different roles can also be represented.”

The effectiveness and credibility of the Church as an actor in environment policy depends essentially on its participative culture – internally and externally.  A church contribution to the environmental discourse will only be successful if the social and ethical considerations are seen to come not only from the “hierarchy” from the community of Christians.  If the Church wants to develop cooperative solutions with the broader society, it must also create the conditions – inside the Church – for an honest, free and broadly participative dialogue.

1 The pdf copy of “Environmental Governance: Participatory, Multi-level – and Effective” by Jens Newig and Oliver Fritsch can be downloaded for free at Wiley Online Library.

The author is a team member of the Jesuit European Social Centre (JESC) in Brussels, Belgium.