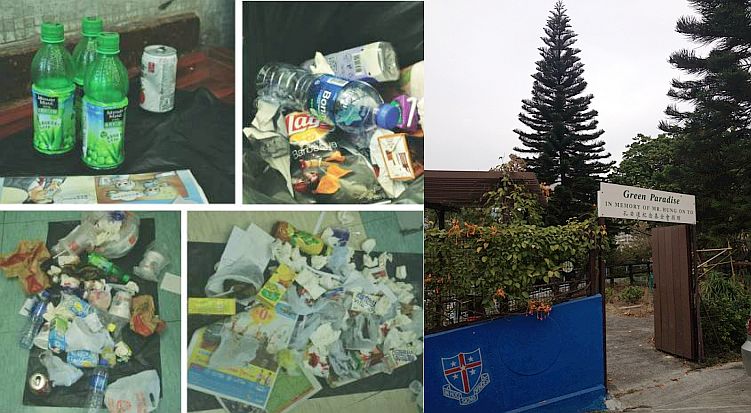 Sustainability is something that many schools in Asia Pacific are developing.  Schools are seeking to find ways to inform and involve students as well as teachers, parents and others to have shared responsibility of the environment.

Schools visit other “green” campuses to see what are practical and sustainable for their own management.  Many are becoming more experimental in their education system wherein they integrate an extended agenda on ecology and sustainability in geography, physics, and liberal studies curriculum.  They seek to broaden students’ knowledge and enhance their social awareness through the study of a wide range of socio-environmental concerns.  Their hope is to generate more interest among students, faculty, and staff, and influence their attitude and commitment towards the environment. This change may simply be reflected on their lifestyles that need not only knowledge, but also greater grounding on who they are and the meaning they hold of all life (spirituality) to sustain such commitment.

In the last 20 years, secondary schools in Hong Kong are collecting refuse for recycling – wastepaper, plastics.  Just recently, metals, old clothing, and ink cartridges are also being recycled.  Designated containers for each recyclable material are in placed around the campus.  Yet waste segregation remains a challenge for many.  The most rational way to cope with this is to collect waste at its source and to separate it immediately where possible.  On the other hand, government increasingly recognises green initiatives in schools and awarding those with green plans.  Because of this, schools are driven to do more green initiatives like setting up roof gardens in their campus and exploring the use of alternative energy.

There is a growing need to educate the students in Hong Kong.  According to Dr. John Tan of Wah Yan College, a Jesuit secondary school in the Kowloon District, students are often carefree.  Sometimes, if not most of the time, they have to be reminded to switch off fans and air conditioning.  It is important that this value of energy saving is learned from school so they can also apply at home what they do in school.  In this way, parents become also the target group of impact.  In the future, the children can become responsible for parent-group support on ecology.

Wah Yan College has explored the possibility of installing alternative energy such as wind power and solar panels.  However, it is realised that these technologies have a short life for schools; the lifespan of batteries and the maintenance is not easy.  Technical and maintenance concerns usually arise in three to four years after installation.

Although wind power has a more successful feedback and the capacity to learn on use of alternative energy is high, government funding and structural support for hardware are not available.  There is money for paying energy bills but there is limited or no funding available for new energy-saving projects and initiatives.

In order to meet the 70 percent (about 717 million cubic meters per year) water demand in Hong Kong, the government imports water from Dongjiang River in the neighbouring Guangdong province.  There is enough water for drinking but for flushing toilets, people rely on deep wells.  To reduce the consumption of freshwater in the long term, the government plans to use seawater for flushing toilets, so this entails government financing to change all the pipes and tanks.

Air pollution is another concern.  Sulphur dioxide, nitrogen oxides, and suspended particles in the air are high in the three main economic zones in China: Beijing-Tianjin-Hebei area, Yangtze River Delta, and Pearl River Delta.  China reports that there are more than 200 hazy days per year in these economic areas.  Although they only take up eight percent of China’s total land areas, the industrial productions of these economic zones produce 30 percent of air pollutants and dust emissions in the country.  Severe air pollution is not only experienced in winter but also in summer.

Hong Kong is faced with local street-level pollution as well as with regional smog problem.  Smog is attributed to a combination of emissions from motor vehicles, industry, and power plants, both in Hong Kong and the Pearl River Delta region.  From 2007 to 2012, the country Air Quality Index (AQI) ranged from 100 to 200, which means air is moderate to unhealthy for sensitive groups.  Above 200 AQI, it is considered very serious and unhealthy where everyone may experience more serious health effects.  Beyond 300 AQI is already hazardous and triggers health warnings of emergency conditions in the entire population.

To reduce smoky emissions from vehicles, government implemented incentive programmes and financial grants to replace diesel taxi and light buses to liquefied petroleum gas (LPG) vehicles.  About a year ago, electric vehicles (CLP cars) came on campus to lessen the impact to air quality.  However, plugging sockets are hard to find and are not reliable in public areas for recharging hybrid cars.  Hardware support and costs are still expensive.  In spite of the improvements in motor vehicles, the growing industry from mainland is a major concern that people have to face in the future.

It is critical for people to acknowledge that air pollution is a regional concern and cannot be treated as a per country problem.  Government has the answers but much compensation is needed for people to make the changes.  Truck drivers, for instance who have a few years left before they retire, are not going to invest on new vehicles.

Adding to this is noise pollution.  It is also a concern that needs to be considered and measured.

What is needed to bring about change in our society?

There is a contradiction amongst many youth as they support green initiatives on one hand but continue to live a lifestyle of ease on the other hand.  Paying for more environmentally-friendly packaging and products is uncertain although lunchboxes are now recycled in cafeterias, while the costs for recycling remain hidden and not added.

At present, there is government funding that support students in Hong Kong to participate in sustainable development courses in mainland China.  It is a 30-hour weekend course that gives students the opportunity to learn practical things that they cannot get in class, for instance in the topic of architecture and building design.  There is also an opportunity for students to engage with other schools in the region.  This gives them the experience and socio-economic and development context.

In some cases, students mobilise themselves to support or oppose certain national issue, which can extend to environment concerns.  Through this, students have greater sense of ownership and power.

Many are relying on education that makes a difference and transforms people’s attitudes, lifestyles, and commitment towards the environment.  There is a great challenge on the existing curriculum and ongoing activities in schools to create such attitudinal changes and security in people and the environment.