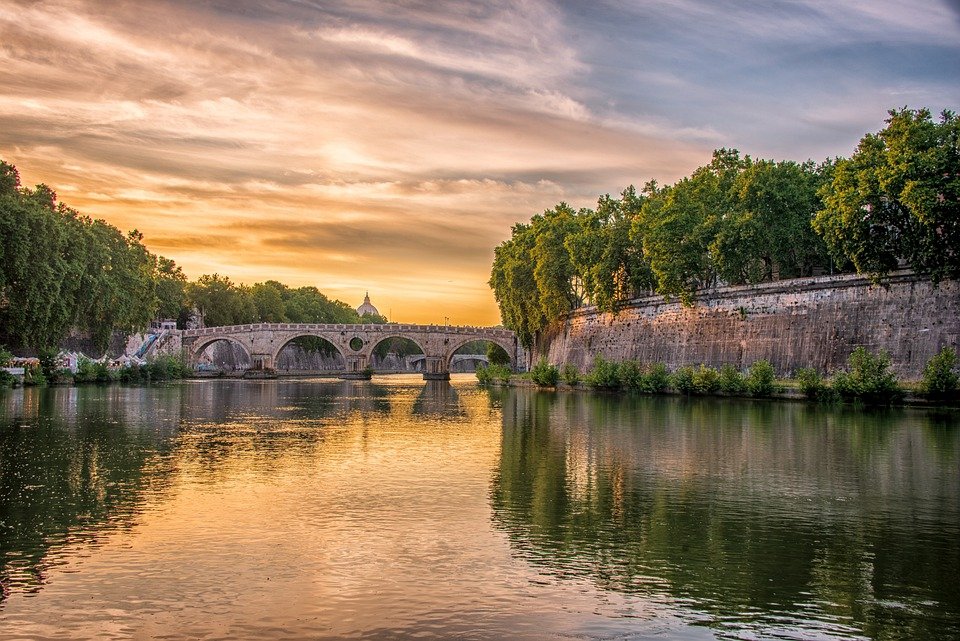 On the fifth anniversary of the promulgation of the encyclical letter Laudato Si’ by Pope Francis (2015), a recent article published in the journal Religions on Sustainability, the Pontifical Academy of Sciences, and the Catholic Church’s Ecological Turn analyzes how environmental issues and sustainability concerns were integrated into Christian social thought over the past 50 years.

In this recent historical development, academic research paid particular attention to how different eco-theological traditions, socio-cultural developments, and community initiatives influenced the Church’s ecological turn. However, the key role played by intermediate ecclesial institutions, particularly highly qualified bodies such as the Pontifical Academy of Sciences (PAS), has not been studied in depth.

The article states that an intermediate institution of an “epistemic” nature such as PAS has been key in this development: warning of the seriousness of socio-environmental issues, promoting ecological literacy, encouraging ethical reflection and catalyzing an interdisciplinary dialogue aimed at political advocacy.

The conclusions are shared below.

According to Christiana Z Peppard, the question for both the Vatican and the academicians “is not whether science and religion can coexist. The question is how scientific advancement informs theological interpretation and ethical reasoning in a world of myriad mutual dependencies.” Since its refoundation in 1936, the academicians have been concerned with studying emerging scientific and technical challenges, but also with promoting ethical reflection in order to orient policy and guide the Church’s magisterium.

Given the profoundly interdisciplinary character of sustainability science, the natural scientists of the PAS – and, from 1994, together with the social scientists of the PASS – have become partners in a meaningful dialogue between the natural sciences, the social sciences, philosophy, and theology. In fact, the Academy has unofficially functioned as the top-notch scientific board in the Catholic Church and, not surprisingly, the first ecclesial institution who paid careful and sustained attention to the emerging socio-ecological challenges facing humanity – transmitting the pressing ethical questions raised by the academicians to the pontiffs and, through their global reach, to politicians, religious leaders from other faith traditions and civil society as a whole. Its indirect influence cannot be downplayed.

If, as Elinor Ostrom et al. put it, “institutional diversity may be as important as biological diversity for our long-term survival,” we could argue that the institutional inner diversity of a world religion such as the Catholic Church has analogously played a key role and may be as important as the official magisterium itself in tackling the sustainability challenge, the single greatest threat to our long-term survival.

Christopher D Ives and Jeremy Kidwell affirm “that while there is much potential support for human values for sustainability within religious traditions, it is essential that religion is seen as a complex, multi-scalar and multi-dimensional institutional phenomena.” They distinguish between the individual, the community, and the formal institutional scale. These three levels interact with one another and are permeable to the sociocultural and ecological context within which they are embedded. For Ives and Kidwell, the formal institutional scale includes “public statements by major religions or denominations” such as Laudato Si’; the community scale represents “the teachings and viewpoints of particular churches, temples or faith communities”; and the individual scale “is the values held by individual members of these communities, which may be highly diverse and conflict at times with the values espoused at the other scales.”

This three-layered scheme is useful to understand how social values, ethical concepts, and theological insights are received, reinterpreted, and transmitted within world religions at different levels. In his analysis of Laudato Si’, the most authoritative Catholic statement on ecology to date, Kevin O’Brien concludes: “From the encyclical, Christian ecological ethicists can learn about the importance of identifying spatial and temporal scales in moral terms and the usefulness of hierarchical levels that distinguish between local, community, and global concerns.” However, when it comes to sustainability, not only ethicists can learn about the centrality of multi-scalar thinking and hierarchical organizations. In order to engage in interdisciplinary dialogue and cooperate, theologians, philosophers, historians, economists, and policymakers can learn from it too. As Nathan Schneider puts it, cooperation is “organization in depth.”

The question of whether the principle of subsidiarity has played a major role in the institutional development of the Church and in the emergence of an interdisciplinary playing field, and a “multi-scalar perspective” on environmental issues, remains an open one. However, there is sufficient evidence to argue that intermediate institutions such as the PAS (and also, to a lesser extent, Caritas Internationalis, the Pontifical Academy for Life, the Pontifical Council for Justice and Peace, and the Pontifical Academy of Social Sciences) should be considered legitimate “communities of discourse” within the Church’s structure and thus, relevant, non-magisterial actors in the ecclesial hierarchy.

It is also worth noting the interaction between the PAS, an “epistemic institution” based on equality and dialogue that “assimilates basic scientific and technical research and applies it to specific legal or policy problems,” and the Vatican, a hierarchical institution based on tradition and authority that promulgates official Magisterium and ethical guidelines. The asymmetric interplay between the two institutions requires further research since it could shed light on how other actors in the environmental arena may engage in a deliberative process. If, as Johnston argues, “in the end sustainability is not a goal or end-point, but something closer to a process of community discernment, and a strategy for engaging with others who do not share the same values or vision of the future,” then the long history of the engagement with different sciences, philosophies, and ethical traditions at the PAS becomes a paradigmatic case study in the worldwide discernment process set up by the Agenda 2030.

Collective action between religious and secular environmental movements is still rare. Information exchange is widespread between these two groups, but inter-organizational ties and coordinated advocacy strategies are not the norm. In light of these difficulties, the history of the PAS shows that the very different spiritual and academic backgrounds of the academicians have not been a roadblock, but rather a catalyst for communal discernment, ethical reasoning, interdisciplinary research and, to a lesser extent, political advocacy.

The lesson learnt from the historical PAS-Vatican dialogue indicates that institutional frameworks matter and can lead to fruitful communal processes of discernment and collaboration. This is a way of proceeding that could be scaled up to “strengthen the means of implementation and revitalize the global partnership for sustainable development” (SDG17).

The full article can be read and accessed here.