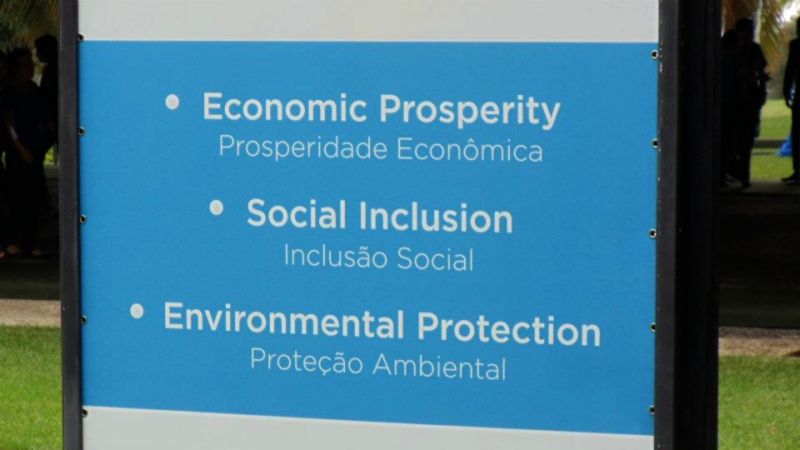 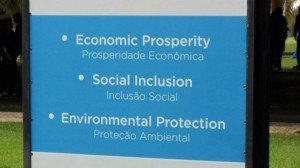 Ideas of development themselves develop.  We do not imagine today, as many people did in the so-called ‘development’ decade of the 1960s, that marginal economies will simply ‘take off’ once a critical leverage point is reached, in virtue of some natural tendency towards progress.

That influential and naively optimistic theory was articulated by the US social scientist Walt Rostow in 1960 in a book significantly entitled The Stages of Economic Growth: a non-Communist Manifesto. ‘Underdeveloped countries’ would not necessarily catch up with the richer ones, but they would increasingly share in the world’s growing prosperity, stimulated by the example of their more prosperous neighbours.  The rich countries, it was imagined, were the models to which the poor ones should aspire.  On this account, development is fundamentally a harmonious process, where the interests of all more or less coincide.

The Church, in touch with a broader human reality than senior US academics, was more cautious.  John XXIII’s encyclical Pacem in Terris (1963) accepted Rostow’s underlying premise that countries manifest different ‘stages of development’ (p 73) but (at a time when the great Cold War powers indirectly fought wars over resources, using poorer countries as their proxies) he avoided presuming any state of natural harmony between nations.  There might well be a struggle for dominance between nations (p 92-93) and therefore he issued a call to ‘solidarity’ (almost 20 years before John Paul II adopted the term) and encouraged the pooling of material and spiritual resources (p 98) and the settling of differences by negotiation ‘not by armed force nor by deceit or trickery’ (p 93).

What followed from the 1960s unhappily vindicated John XXIII’s apprehensions.  Throughout the Cold War, the great powers underwrote proxy wars in what they thought of as the ‘Third World’ (the West being the ‘First’ and the USSR the ‘Second’).  Meanwhile, the natural resources of Africa and Latin America were exploited by the sponsoring powers for the strategic needs of their own industry rather than for the development of the host countries.

These two disparate processes combined to grim effect.  The Angolan civil war, which lasted from 1975 to about 2002, would not have been so prolonged unless Angola had been rich in oil and in diamonds, as one side was sponsored by the Soviet Union and Cuba, the other by the USA, Israel, and apartheid South Africa.  In brief we learned of ‘resource curse’ rather than of resource enrichment.  Meanwhile, the Western-dominated Bretton Woods Institutions (principally the World Bank and the International Monetary Fund) typically required, as a condition of their loans to poor countries, policies of deregulation and privatisation, the prioritising of cash-crops for export rather than small-scale agriculture for livelihoods: a policy that in many ways rendered development more difficult while favouring the rich world.

One thing we have learned, therefore, is that sustainable development cannot be achieved except as it becomes a principle of empowerment, whereby the capacities of participating countries are nurtured, not merely their raw materials sold.  Thus, Pope Benedict’s 2005 encyclical Caritas in Veritate includes in its subtitle the phrase ‘integral human development’: the word ‘development’ occurs more than 100 times in the letter, but he significantly insists at the outset that there is no development without ‘justice’ and without the service of the ‘common good’ (that is, the good that is specifically denied when the poor are excluded from its benefits).  Promoting these two aims together, writes the Pope, ‘is the institutional path – we might also call it the political path – of charity, no less excellent and effective than the kind of charity which encounters the neighbour directly, outside the institutional mediation of the pólis’ (p 7).

Successive messages marking the World Day of Peace also reflect this shift in models, from ‘growth’ to justice.  In the 2009 message, Pope Benedict already wrote of the negative consequences of ‘superdevelopment’ (p 2).  In the 2010 message, ‘If you want to cultivate peace, protect Creation,’ he insists on the link between the ecological and the moral: ‘Clearly, an adequate solution [to the environmental crisis] cannot be found merely in a better management or a more rational use of the earth’s resources, as important as these may be.  Rather, we must go to the source of the problem and face in its entirety that profound moral crisis of which the destruction of the environment is only one troubling aspect’ (p 5, emphasis in original).  He calls not only for ‘energy efficiency (a prescription congenial to economic liberals) but for the redistribution of energy resources towards those countries that lack them’ (p 9).

Therefore, we have half-learned a second thing too, although our societies need still to digest the implications.  Sustainable development must be, from now on, a necessary foundational principle of public policy.  We cannot ‘grow’ our way out of the present economic crisis unless growth supports ‘integral human development,’ not merely the further accumulation of possessions by the privileged, and unless the distribution of growth favours those who most need it.