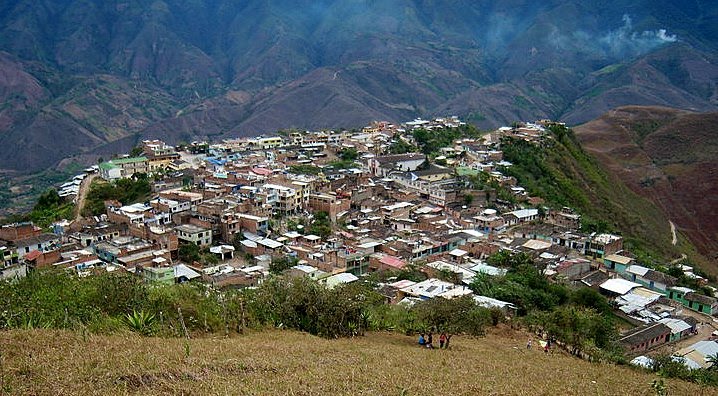 Suyusama is a Quechua word that means “lugar hermoso” or beautiful place. Quechua is the language of Indigenous Peoples in the central Andes in South America (Peru, Colombia, Bolivia, Ecuador, Chile, Argentina). Suyusama is also the name of the centre that runs the program and its various projects in Nariño, a department of Colombia located in the southwestern part of the country, bordering Ecuador and the Pacific Ocean.

Nariño has 64 municipalities with Pasto as its capital and where the Suyusama program centre is based. The total population is around 1.7 million, with 55% living in the rural areas. Of the total population, 80% are poor with unmet basic needs. Indigenous Peoples represent around nine percent of the region’s population with high levels of poverty and are adversely affected by external pressures of other cultures and armed conflicts. These indigenous communities include the Quillacingas, Awa, Embera, and Katio.

The Suyusama program emerged as a “common project” of the different social centers and programs of Jesuits in Colombia. These organizations include the: Centro de Investigación y Educación Popular or Center for Investigation and Popular Education (CINEP) who was involved in human rights protection especially during the worst days of the internal conflict with the Fuerzas Armadas Revolucionarias de Colombia (FARC) guerrillas; Fundación Instituto Mayor Campesino (IMCA) that works with rural development; Programa por la Paz or Program for Peace that promotes the peace process and reconciliation in regions of conflict; and the Jesuit Refugee Service Colombia. They also obtained support from Javeriana University.

The Provincial then asked these centers to work more closely and integrated some administrative services. A decision was taken to promote one common project and to engage in a difficult and poor region that had suffered long from war, where Jesuits had been working for a long time in education and pastoral activities, and where the vision will be more oriented to the future (prospective), than to the past (war, reconciliation). Although Suyusama started as a common project, it is now an independent program.

Suyusama staff work very close with municipalities (the local levels of administration) and with department authorities. It’s a “regional development approach” in the sense that the development promoted is linked to the territory, in this case the Department of Nariño. Through the department, Suyusama’s activities are linked to several national networks, but the goals, activities, and means are focused at the local and regional levels.

A major strength of Suyusama is in its promotion of the “positive perspective” or prospective. The usual analysis in development planning often focuses on the limitations and lack. Suyusama’s proposal is to promote “positive thinking” or “planes de vida” that directs planning for the future. Activities are undertaken that gather together local authorities and civil society to “dream” their future in 20 to 30 years, a generational approach to development planning and managing change and action.

Another strength is in Suyusama’s focus to build capacities and facilitate the social venues necessary. Thus, Suyusama ensures that people are trained who will be the facilitators in the municipalities (local administrations) or facilitates meetings where the “prospective” methodology is applied and that involves the active participation of civil society and other stakeholders, not just government planners. Suyusama also assists in developing the documentation of activities and the various planning processes in the region.

The program is active in 37 of the 64 municipalities, distributed in the three sub-regions (Western, Central, and Northern). In each sub-region, a team provides the support and is composed of a coordinator, support professionals, college graduates, and university interns.

Suyusama identifies five specific topics in moving forward the sustainability of Nariño that integrates the local conditions and needs in the design of work plans. These sustainability components are political, economic, social, cultural, and environmental and in each component, themes are also selected that reflect the area’s pressing concerns such as food security (economic), education (social), water (environmental), cultural heritage (cultural).

Suyusama teams involve volunteers and trained professionals in different areas and disciplines such as resource management, communication trainees, and postgraduate students who assist in training and developing systems of governance. The program has partnership agreements with universities in the region such as the University of Nariño, Mariana, and San Martin. At the national, Suyusama’s partnership with Javeriana University provided opportunities for engaging more than 30 women and men trainees. There are also opportunities for undergraduate and master’s degree students to undertake their thesis development in the program.

The Suyusama program began in 2004 and continues in its promotion of participatory management processes for local and regional sustainability through the prospective approach in development planning. The program continues to provide training of local leaders and staff in the different stages of planning, budget and management, and in responding to joint social, institutional, and regional concerns. Facilitating and ensuring the active participation of civil society in planning processes is a major outcome and is key in the development and sustainability of Nariño and its communities.

For more information about Suyusama, please go to their website.