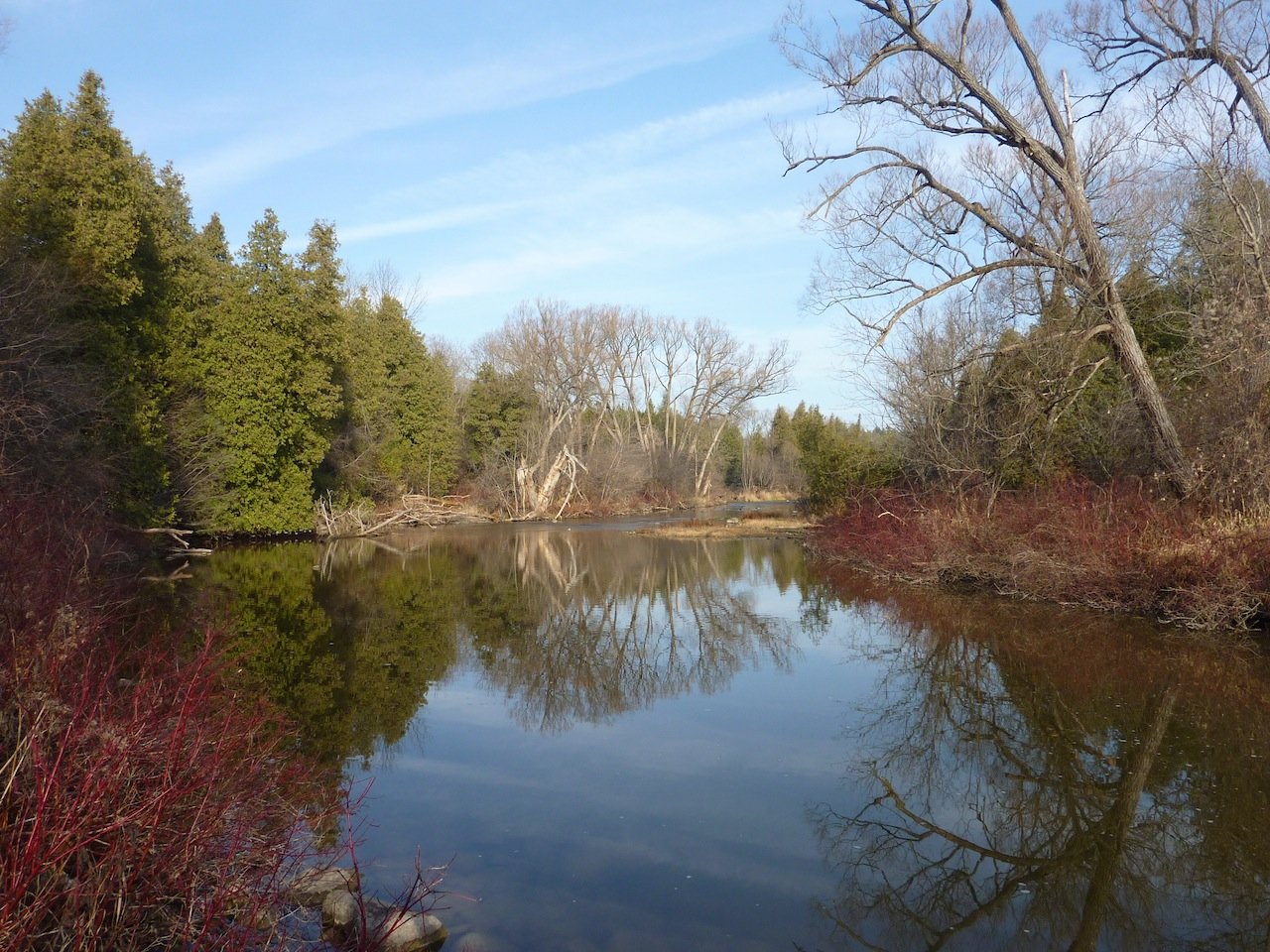 There was a farm community at Guelph in Ontario, Canada run by lay people, the handicapped, and the Jesuits — an alternative expression in living until the turn of the millennium. The farm had a living history of Jesuits who lived there for novitiate and regency. A farm project was started on industrial agriculture during regency in the 1980s and out of this spirit came concern for ecology. At this point, a few Jesuits asked the Provincial to appoint someone for “ecology” and James “Jim” Profit had just come back from four years in Jamaica working with farmers, so he was assigned in 1999 to Ignatius Farm.

Jim was no stranger to the place, having grown up on Prince Edward Island, and he came to Guelph to study agriculture. Two years later, he entered the novitiate up the hill, returning again for regency. Now that he was coming back to familiar ground, he was also familiar with many people in town. He invited many to guide him in searching for a new process and strategy. Amazingly, over half of them had done the spiritual exercises and John English contributed much in his wisdom. People really gathered to shape the work even though the farm as such was just closed by the Provincial. What emerged was an interweaving of thoughts and dreams, relations and daily activities, a flow of many things that were channelled by a belief in the goodness of the land.

Three strands emerged. Community shared agriculture where people pay upfront for the organic produce during the year is one strand, much thanks to Heather Lekx (Ignatius Farm Manager) and others. They reinvented the farm and ran an internship on organic farming. Another strand is the community gardens, allotments, started up with people coming from town who grew their own produce. And then there is the strand of Ignatian retreats. The novitiate building was rented out to more than 50 tenement organizations, which must be a nightmare of administration. Thanks to Lisa Calzonetti (Director of Operations), this has its structure and is on the up.

Now the place is more widely known and attracting other people and ideas. In a previous story, Ecojesuit  shared this effort in promoting farming as part of the spiritual portfolio.

What do I learn from this? Jesuits ran a farm but things were changing and in particular the Jesuits relating to Guelph articulated this very clearly in the industrialization of agriculture and the impact this was having on the farming community, the quality of food, and the ecology.

Familiarity with the small Guelph community, especially the university, allowed Jim draw on significant human resources familiar with the Jesuit way of doing things: the community of relationships. They faced the context and greater crisis of how we must live. The challenge is not over but Jim has brought us all along the way and his accompaniment gives us strength way beyond the farm boundaries.

Where does the hope come from? Jim said to me as he came back for treatment, “just day by day.” There is great gratitude and great peace in this. And we are grateful for his life and living on the land with people and we pray for his peace and accompanying us in the work of reconciling with creation.

Jim passed away last 11 January 2014 after a three-year struggle with cancer. He was 58 years old.

For more information about Jim’s work, please visit his blog, All Creation is Groaning and his article Connecting with the Earth: Experiencing the Sacred.