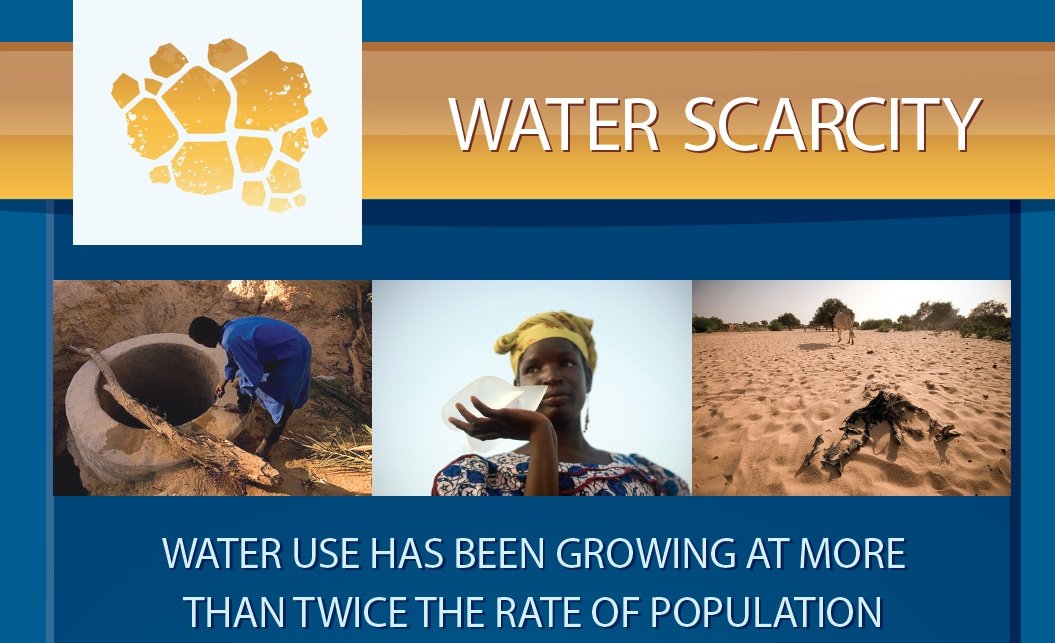 The UN-Water Annual International Zaragoza Conference held last 15 to 17 January 2015 in Zaragoza, Spain both served as an assessment of what has been done after a decade in relation to water for life and what the next plans and approaches are in relation to water and sustainable development in the future we want and in adopting new sustainable development goals. The conference also serves to prepare for World Water Day held every 22 March.

UN-Water, the UN inter-agency mechanism on all freshwater-related concerns, proposed a post-2015 global goal to ensure water for all in a sustainable manner, and this annual conference in Zaragoza is driving this agenda forward with the theme “Water and Sustainable Development: From Vision to Action.”

This event puts an end to the International Decade for Action ‘Water for Life’ 2005-2015 which maintained its office in Zaragoza. A primary goal of this decade-long global effort is to promote efforts to fulfill global agreements on water and water-related concerns and focus attention on activities and policies for long-term sustainable water resources management and sanitation improvement. The conference intends to take stock of what action was achieved after a decade.

In The Future We Want, the Rio+20 document that emerged after the UN Conference on Sustainable Development in Rio de Janeiro, Brazil in June 2012, recognizes that the access, management, and sustainability of water and water resources as critical to sustainable development. 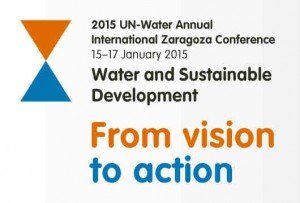 The Zaragoza conference provided space for dialogue on how to take forward the international agenda on water and discussed the necessary changes and how institutional change, technology, capacity building, and funding can help develop joint appropriate solutions. Similarities and differences between countries were also discussed to learn from each other, based on practical experience of states and stakeholders. Implementation challenges were discussed also in relation to the four main themes: water, sanitation and hygiene or WASH; water resources management; water quality; and risks.

One of the UN Millennium Development Goals (MDGs) is to reduce by half the proportion of people without sustainable access to water supply and basic sanitation between 1990 and 2015. The MDG target for sanitation is an urgent challenge since 2.5 million people lack access to improved sanitation and more than a billion still practice open defecation. At the current rate of progress, 500 million people will miss the sanitation target. Moreover, these figures mask great disparities between nations and regions, between richest and poorest groups, rural and urban populations and also between disadvantaged groups and the general population.

According to Ms Josefina Maestu, Director of the UN-Water Decade Programme on Advocacy and Communication, it is possible to achieve the objectives of sustainable development of water by 2030 if developing countries invest at least 1% of its gross domestic product in water infrastructure. It is not only about basic services projects, but also management of resources and improving water quality.

Ms Maestu shared that water sanitation is the big challenge for the urbanized areas of many poor countries, because it affects both the economic development of the region and its people. It is estimated that about 35 million people each year die prematurely due to water-related diseases, also the leading causes of infant mortality.

There is thus a great need for collective action to achieve water sanitation involving governments, business, labor, and civil society as a whole, and to adjust rates of water connections to people’s economic capacity as many of the poor who need these most cannot afford this link to water access.

Experts called for a re-thinking how investments from governments and institutions are intended. The construction of a progressive society does not make sense without thinking about the “re-education” of people so that they learn to use infrastructure in a sustainable manner and how to support themselves in the future, Maestu explained.

I tend to hold international events such as this in awe, and not just because everything is held in English but also one leaves the conference with the impression that everything will remain the same. But this is not necessarily so.

In this Zaragoza conference with its more than 300 participants, representatives from the South were eager to learn and they valued to be told what worked and what did not, where problems arose, and how to fix them. They developed conclusions and how to apply them in their countries.

The representatives from the North have their enterprises and willingness to do business, with their own rules, speeches on what to do, and participate with less enthusiasm. There were some non-government groups both from the South and North, and they often were the ones who provide meaning to these meetings.

The vision we have from the North is often distant and cold on the work to be done on a global level. And while certainly the goal is not achieved, then why do we try? However the view of the developing countries is much more optimistic because they have an urgent need that shifts the perspective. They are taking steps, and although much remains to be done, they note with satisfaction the growing momentum and progress towards improving the standard of living of their people.

Mr Javier San Román is a geologist who works with the Ebro Hydrographic Confederation or Confederación Hidrográfica del Ebro (CHE) and is a member of Christian Life Community or Comunidad de Vida Cristiana (CVX)-Zaragoza.