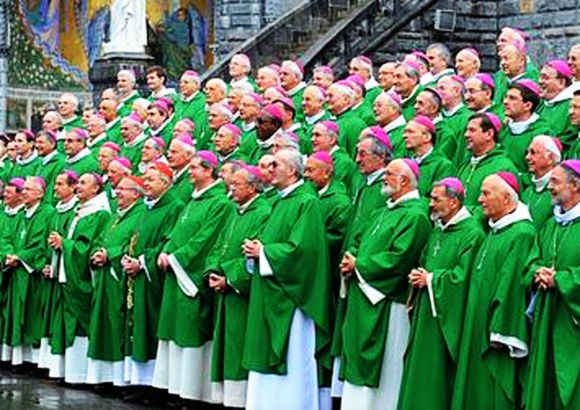 A statement on “Environmental Issues and Challenges for the Future” (Enjeux et défis écologiques pour l’avenir) , published last spring by the French Conference of Bishops, gives an idea about the ongoing gradual “greening” of the Church of France.

As a result of two years of reflection, the text makes it clear that the ecological question must become a continuing concern of the Church of France.  Although the Bishops’ letter is presented as a rather provisorial statement, it is already at this point interesting, both from a theological point of view as well as for its practical recommendations proposed to the Church members.

The document is structured in three parts: (1) a theological reflection on the crisis, (2) its practical consequences, and (3) an outlook on its spiritual dimension.  The objective thus is to question rather the heart of man instead of just analysing modern technology in its social results.

Departing from such an analysis of the crisis, the reader may follow the theological approach successively by addressing the three fundamental aspects of our relationship: to time, to space, and to our neighbour – the foreigner or the “other.”  Faced with doom, Christians are called to find the right pace and relationship to time, and, by this way, to integrate themselves in a “timeline that precedes us and goes beyond us.” (p. 22)  Instead of remaining captives of national interests, all people are called to invent new forms of global governance.  Contrary to the tendency of domination of the nature and of the poorest, the current experience of fragility holds also a chance to rethink social interdependences, reciprocities, and to question our general conditions of “living together.”

Nine concrete tracks are then offered, e.g. training, networking with ecology related non-state actors and other engaged participants and, finally, a catalogue of best practices and examples is given.  Even a datasheet is presented to reduce the ecological footprint of large religious gatherings such as Diaconia 2013 .  Aside from recurring questions about the future of nuclear energy at a national level, a series of local, creative initiatives are proposed as examples.

The paper concludes with a suggestive meditation: “Our humanity is in dire need of responsible and caring people, economists, engineers, lawyers and politicians, educators and farmers, artists, poets and mystics, reconciled with their condition to be children of the earth. The earth indeed needs real gardeners.” (p. 57)

Sébastien Carcelle, 33, is a member of the Jesuit Province of France.  An agronomist, he now works at the Institut Catholique des Arts et Métiers (ICAM) of Lille (France), where his responsibilities include courses on Sustainable Development.

One thought on “The Church of France goes green”