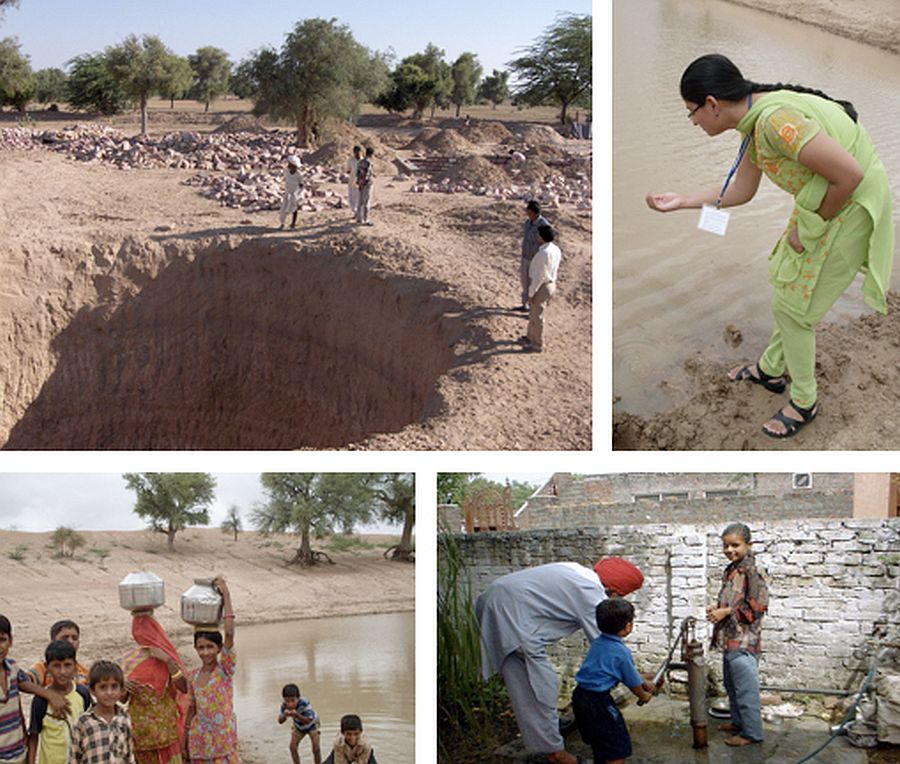 Water, once a synonym of life, is fast becoming the basis for disrupting life as we perceive it on Earth.

Scenario 1: Faced with a task of feeding 8 billion (and counting) hungry mouths, agriculture is becoming more and more intense, with water usage (70 percent of the world’s freshwater is used in agriculture) promising to go up drastically. However, sinking ground water levels, contamination due to indiscriminate use of fertilizers and pesticides, and pollution have all combined to put severe caps on this front.

Scenario 2: Rapid urbanization, migration, and a loss of opportunities on the other hand is forcing migrations of unprecedented scales – people who have to be provided access to clean drinking water and sanitation.

Scenario 4: Ask, how much water is needed to produce one ton of steel? Chances are, the answer will be “plenty.” Our industry, used to taking Earth’s resources for granted, doesn’t even know what the ramifications of its actions are, nor are they bothered.

While it is good business, with the packaged drinking water industry hitting full throttle, these all portend a serious water crisis, the beginnings of which we are already experiencing. Already, the poor are being forced to buy water at exorbitant prices as access becomes more and more difficult. While at the other end of the spectrum, the awareness to conserve and use water judiciously is something that has not caught attention in most people’s daily lives. This water divide is there between people – the rich and poor – and percolates all the way up to the nations, across the north-south divide.

Disputes over water, be that between states like Tamil Nadu and Karnataka, or nations like Palestine and Israel are no different than the fights that break out between families accessing the tube well in the slum on a daily basis. What is important is that with shrinking quantity, deteriorating quality, and the pressure of an increasing population, the stands are becoming more and more strident, the cacophony around water becoming shriller.

Water is no more an ecological issue, as it has, unknown to many of us, quietly donned the garb of a social issue, a pressing one at that. As an example, “water tax” is often projected as the single point solution to the developmental woes of the city of Kolkata. However, no government has the political will to press it through in fear of alienating a substantial portion of the electorate that sustains itself on the “free” and flowing water supplied by the municipality. “Cut out the free water,” experts opine, “and the pressure on the city’s infrastructure caused by the migrants will vanish.” Cruel? Perhaps. Inhuman? Maybe. But there are cities in this world, whose councilors will not hesitate to do what is needed. And what is needful to one may be an offense to the other.

The commoditization of water is a matter of serious social concern, for it is no longer if, but when, the next war will break out over water. How can we avoid such situation of violence and bloodshed for a natural element like water?

For India, it is a land of monsoon rains, and water, if properly harvested, can quench the thirst of the millions. Ninety days of monsoon water if properly stored in the traditional rainwater harvesting methods can be used throughout the year without any fear of water insecurity. Privatization of drinking water supply should be avoided, for this prices water beyond the poor’s capacity to purchase. Local governments must take this mission of equitable distribution of water, and encourage and provide incentives to people and organizations promoting rainwater harvesting technologies.

These will contribute greatly in promoting awareness that water, a natural resource, is not in abundance. It is a limited resource and wasting and misuse should be avoided. Water is an essential element for our survival and must be conserved rather than wasted. With dialogues between countries in tension and individual spiritual practices, this element can be shared, and not priced or wasted.

Dr Xavier Savarimuthu, SJ is a member of the province of Kolkata and heads the Department of Environment Studies at St Xavier’s College, Kolkata where he is also a professor of microbiology.

2 thoughts on “The commoditization of water and its social impact”