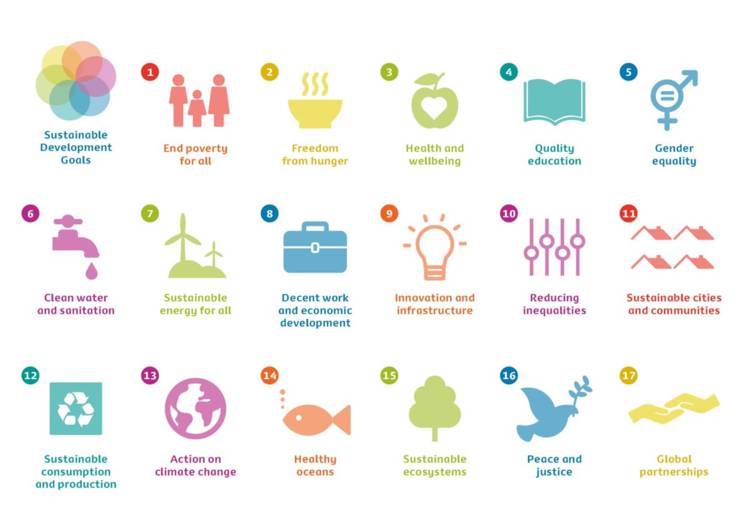 Many continue to examine the motivating factors behind the promulgation of Laudato si’ (LS), the first “ecological” encyclical in the history of Church social teaching.  The subject of LS goes far beyond the Catholic community and concerns every person who believes in a God who can act out of love, intervenes in history and delivers the gift of creation.  And yet the question remains: should religious people get involved in a discussion about the environment, apparently so technical, and far-removed from faith?

Scientists, economists, politicians and military personnel are becoming increasingly interested in issues related to the challenge of sustainability.  Pollution, disruption of climate patterns, destruction of the ozone layer, soil degradation, access to and quality of water, loss of biodiversity, depletion of renewable and non-renewable resources, and the recovery of nitrogen and phosphorus cycles – to name but a few of the planetary problems identified by the scientific community – are issues that have mobilised concerned societal actors.

Returning to the question with which we began: what sense does it have for religions in general and the Catholic Church in particular to enter this discussion? What motivates their interest?  What legitimizes their intervention?  What is their contribution?

The ecclesial or community dimension of the Christian experience is one of the main contributions that the Church can make to the discussion on sustainability.  Along with proposals that seek to empower the consumer, educate the citizen and transform the political establishment through individual voting behaviour, the Church insists that we cannot ignore the community dimension when articulating operational responses to contemporary challenges.  Pope Francis prioritizes the community as a unit of analysis and social action.  There are several reasons why he chose this community approach rather than more individualistic proposals that characterize most environmental approaches.

Firstly, LS points out that “self-improvement on the part of individuals will not by itself remedy the extremely complex situation facing our world today.” (LS 219)  The modern individual is overwhelmed by the complexity and number of decisions that must be made, and however well-informed and well-intentioned, there is a need to support oneself and sustain this commitment through community networks.  Furthermore, there is a spiritual dimension: a community is a stimulus and a source of motivation because it is “called into being by one Father, all of us are linked by unseen bonds and together form a kind of universal family, a sublime communion.” (LS 89)

Secondly, this cosmic communion consisting of “the sublime fraternity with all creation which Saint Francis of Assisi so radiantly embodied” (LS 221) is not the exclusive preserve of mystics.  It is in fact an invitation and task for all as members of a community that goes beyond the local realm, present time and human species.  To experience a “universal fraternity” (LS 228) cultivates a spiritual attitude: “an integral ecology includes taking time to recover a serene harmony with creation, reflecting on our lifestyle and our ideals, and contemplating the Creator who lives among us and surrounds us, whose presence “must not be contrived but found, uncovered.” (LS 225)

Thirdly, the centrality of the community dimension for sustainability also resonates with a central tradition in the history of Catholic social thought: the common good.  This is an economic and socio-political vision of a communitarian character as opposed to the individualist tradition of political liberalism.  Considering the misrule and accelerated degradation of the “global commons” (LS 174), the notion of the common good is receiving increased interest both inside and outside the Church.

For instance, when Pope Francis affirms that “the climate is a common good, belonging to all and meant for all” (LS 23), he is pointing out that we cannot limit ourselves to a merely physical or economic analysis of the reality we call climate.  Instead there is a need to understand it as a common good in respect of which “the sum of those conditions of social life which allow social groups and their individual members relatively thorough and ready access to their own fulfilment.” (LS 156)  Spirituality acquires great relevance in relation to the perception and promotion of the common good: “Inner peace is closely related to care for ecology and for the common good.” (LS 225)

Alongside the community dimension, asceticism also stands out as a typically religious contribution to the subject of sustainability.  Ascetic practices such as fasting, abstinence and almsgiving, undertaken with the aim of purifying one’s relationship with God and with others, offer a significant element that other actors in our cultural context are not able to propose.  These practices cultivate virtues of sobriety, detachment, and simplicity of life which articulate an integrated spiritual experience, and are relevant to an over-exploited planet, possessing finite resources and a high socio-economic inequality.

Citing Benedict XVI, Pope Francis affirms that “we have a sort of ‘super-development’ of a wasteful and consumerist kind which forms an unacceptable contrast with the on-going situations of dehumanizing deprivation.” (LS 109)  Not only does the consumerist drive in the richest societies contrast with the persistent poverty amongst the rest of humanity, it is also the main cultural vector of environmental degradation.

Faced with this situation, the Church has spiritual resources that resonate deeply with a long tradition that values simplicity of life and solidarity.  This tradition, which has monastic roots and is conveyed during Lent and penitential ascetic practices, has a great potential to catalyse community transformations and for re-interpretation along ecological lines.

Thus, socio-political transformation and community action can go hand in hand with a spirituality of asceticism and voluntary simplicity.  The interweaving of spiritual and ecological benefits of asceticism is highlighted by Pope Francis’ proposal for Saint Francis of Assisi as an anthropological model for integral ecology.  “The poverty and austerity of Saint Francis were no mere veneer of asceticism, but something much more radical: a refusal to turn reality into an object simply to be used and controlled.” (LS 11)

With LS, Pope Francis has addressed a relatively new area for Catholic social thought – the subject of sustainability.  In so doing, he has allowed a fruitful exchange to take place between civil society, the scientific community and the business world.  This has been an ecumenical and interreligious dialogue in which the voice of religious traditions is being heard with surprising interest.

In this sense, LS is one of the greatest exercises in public theology of the last decades: it has questioned the political class, dialogued with the academy, and restored interest in the ecclesial institution.  And at the same time, LS has updated Catholic Social Teaching by including in its agenda the greatest concern of our time: the call to care for our common home.