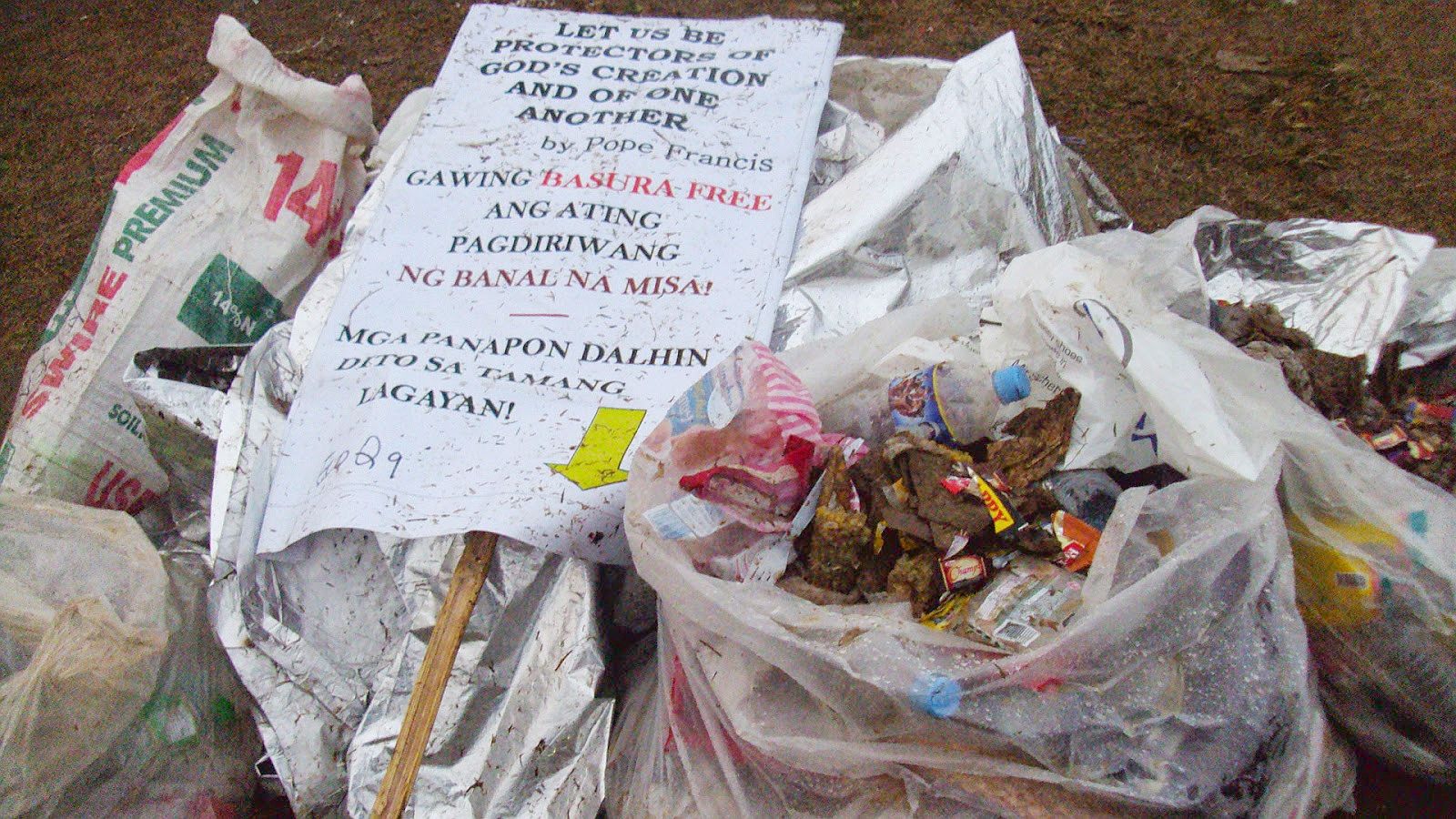 And so, after a whirlwind four-day visit, Shepherd One carried Pope Francis back to Rome last 19 January. Somehow, it’s very hard to see him leave. For the past few days, it’s as if the Philippines was in a nationwide recollection with the Supreme Pontiff and the encounter has been one marked by much joy. His presence is both consoling (especially for the Yolanda survivors in Tacloban) and energizing, as in the meeting with the youth at the University of Santo Tomas.

But more than just the feel-good high brought about by his presence, I find that I feel unsettled. I find I am left with a burning question: What now?

Many people associate Pope Francis with change. In fact, the media has coined the term “The Pope Francis Effect.” The Pope has called for change, starting from within, calling in consultants from the fields of private business and corporations to examine how the Church, and especially the Vatican Bank, is being run.

That he took on the name of a saint notable for choosing a life of poverty shows how strongly he identifies with the poor, and he has taken all opportunities to call attention to the need to respond more effectively to the problem of poverty.

His call for mercy and compassion and to a simpler lifestyle resonated with many people, even those who have long been absent from the Church. Some data appear to show an increase in mass attendance and even in donations made to the Church. The Francis Effect.

Over the course of Pope Francis’ visit, my Facebook feed was full of people’s hopes and wishes that his visit would help us change, that somehow his visit would strike a nerve that would make the difference. Some people posted about their pride and admiration for the discipline of the crowds who came out to see the Pope, which made me wonder why we don’t understand that this is the kind of behavior we should practice every day, not just when we have a special visitor we’d like to impress.

While I understand the need to clear the streets and call a holiday, as part of managing security risks and facilitating the Pope’s movement around a city notorious for traffic, part of me wishes that Pope Francis had seen what we’re really like. Part of me wishes that somebody would tell him that after the mass in Luneta, the park was littered with polystyrene foam (Styrofoam) food containers, cardboard boxes, plastic cups, and bottles.

According to the Ecowaste Coalition , trash left behind during the papal events in Manila totaled 1,271 tons, including many Pope Francis tarpaulins that were used to welcome the “green Pope.” The group is asking that these tarps be re-used and recycled and should not end up in the city’s garbage dumps and further swell the volume of garbage. They also reported that the city government of Manila collected 1,133 tons of garbage while the Metro Manila Development Authority collected 138 tons.

Maybe he would have regretted not delivering his prepared statement at the university, maybe his message of care for the environment could have worked its magic on the millions who attended the Papal Mass. The Francis Effect.

Pope Francis’ message was no cotton-candy, feel-good fuzzy, greeting-card sentiment, but rather a powerful, and urgent, call to change. He spoke strongly about fighting corruption, about caring for the environment, about responding to the needs of the poor, and of going to the peripheries.

Now that the visit is over, I find the words of this song* echoing in my mind

When the song of angels is stilled
When the star in the sky is gone
When the kings and princes are home
When the shepherds are back with their flock
The work of Christmas begins.

Let’s get to work.

(* From The Work of Christmas, a poem by Dr Howard Thurman, 1899-1981, an African-American author, philosopher, theologian, poet, civil rights leader)

Ms Mariel de Jesus works with the Environmental Science for Social Change, a Jesuit research organization in the Philippines that promotes environmental sustainability and social justice through the integration of scientific methodologies and social processes and that networks across the Asia Pacific region in moving an agenda of science for sustainability. Mariel leads and coordinates the activities of the Philippine Working Group on disaster risk resilience.