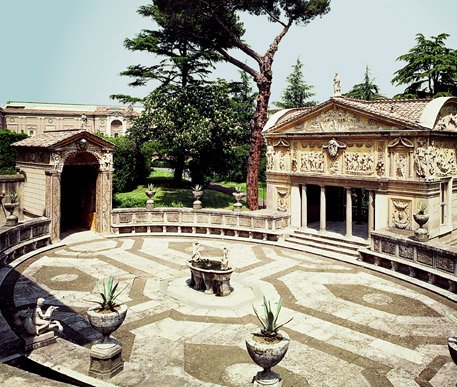 With a new study on the status of the world’s mountain glaciers, the Pontifical Academy of Sciences strengthens its efforts to further integrate environmental questions into the social and ethical discourse of the Church. The 15-page report Fate of Mountain Glaciers in the Anthropocene (pdf), elaborated by an interdisciplinary team of 24 researchers on behalf of the Academy, urgently warns of the consequences of climate change and pleads for determined measures to reduce global warming.

“Aggressive exploitation of fossil fuel and other natural resources has damaged the air we breathe, the water we drink, and the land we inhabit,” the paper says. In the European Alps, glaciers have shrunk by more then 50% since the “Little Ice Age” of the early 19th century, with rapidly increasing rates since the 1980s. According to the study, the factors for this development are complex, but principally it is the growth of greenhouse gases, together with large scale emissions of dark soot particles and dust, that provokes warming at higher altitudes.

The scientists – among them Nobel laureate Paul Crutzen, the former head of the European Meteorological Service, and Veerabhadran Ramanathan of the Scripps Research Institute at San Diego – make ambitious recommendations: firstly, to reduce worldwide CO2 emissions in order to ensure the long-term stability of the climate system; secondly, to cut air pollution such as dark soot, methane, and lower atmosphere ozone by as much as 50%; thirdly, to take adequate adaptation measures for those climate-induced changes which society will be unable to mitigate. Indeed, the determinative human role within nature’s development is already indicated in the study’s title, that refers to a term introduced by Crutzen himself: he calls “Anthropocene” a new era, which began when the influence of humans on the planet became a crucial factor for environmental change.

With some caution, the authors also point to the link between climate issues and social justice: a combination of air pollution and climate change policies could be a promising way to “restore the climate system to a safe level, and to reduce climate injustice,” they say – without explaining however, in which way a just climate regime should be designed and what exactly “climate justice” could be. What does “justice” mean in an era of worldwide environment conflicts? How should we envisage “justice” to the Creation in its entirety? Such questions are yet to be fully articulated in the Church’s official statements.

A document of the Pontifical Academy does not as such constitute a position of the Magisterium, or form an official part of “Catholic Social Teaching.” Nevertheless, it is an indication of the Holy See’s concern to dialogue with the sciences, in order to encounter the most challenging conflicts of our days with an adequate social and ethical orientation. Through such a paper, the Church acknowledges that it is a learning as well as a teaching community, responding to scientific findings which are raised within broader civil society.

This is not the first time that the Pontifical Academy has dealt with ecological questions, and such attempts may easily generate their own controversies. The Academy’s report on biotechnology (pdf), for example, published in November 2010, appeared to many competent persons to favour unduly those scientists – and even their sponsoring commercial corporations – who argued for the endorsement of Genetically Modified Organisms (GMOs) in order to ensure the stability of the worldwide agricultural markets. The laudable intention of “listening to science” entails “listening to scientists,” but the questions inescapably arise, “Which scientists” and “Who is competent to choose them?” In the case of “glacier melt,” no corporate interests are immediately threatened. But the example of the GMO report shows that neutrality of science is itself not a mere fact but a commitment that requires ethical discernment.

One thought on “The Holy See “listens to the science,” glacier melt report reopens the Church’s environmental discourse”