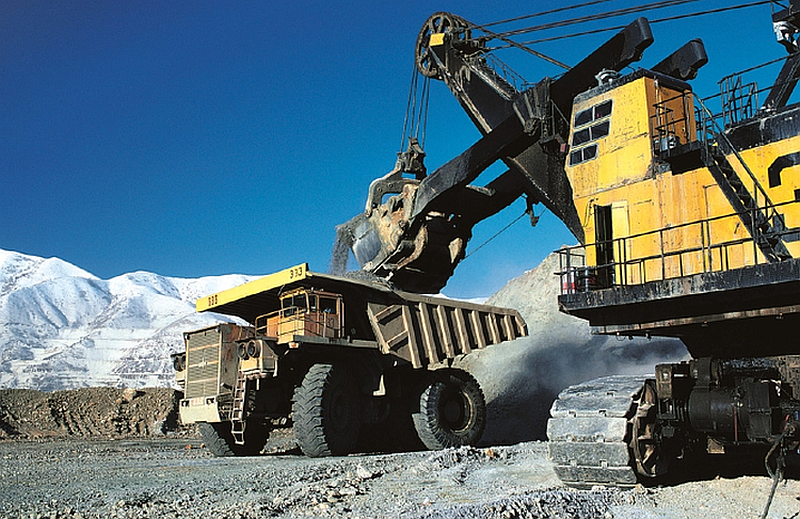 A Day of Reflection on the mining industry was held last 7 September in Rome organised by the Pontifical Council for Justice and Peace. Its president, Cardinal Peter Turkson, wisely and carefully prepared the event with a group of collaborators. Participants were mainly chief executive officers (CEOs) and top officials of the main global mining companies, but also included members of global NGOs, some of them linked to the Catholic Church, such as Caritas Internationalis and Misereor.

I was gently invited by Cardinal Turkson to prepare and participate in the Day. The climate of confidence was high, and consequently the discussions turned around deep and fundamental questions related to environmental sustainability and the welfare of workers and communities around the mines.

At a certain point of the discussion in one of the groups, the debate was focused on the fact that in order to start a mining exploitation, apart from the legal contract that ties the firm and the State, it is important to obtain the informed consent of the communities. Otherwise, the resistance from the local community can grow, thus damaging and even stopping the mining activity. Here, the CEO of one big mining company stated: “I think that no single actor can pretend to hold an absolute right on the property of the land.” My quick reaction to him was: “But you are just a damn commie!” There was a moment of confusion and a short silence, but then everybody in the room understood the irony, and the dialogue went on.

For to call a mining CEO a communist was meant to be humorous, ironical, and in any case is completely false. First, because the CEO’s argument is not communist, but it just puts into question the absolute right of land property, not just by the firm but also by the State and by the community. Second, because it is a deep Christian conviction that no human person can pretend to damn anyone. Only God is the loving, paternal judge of acts and persons. And third, my expression sent us back to the Cold War period when the debate on the right of property confronted the capitalists (absolute right by the private owner) and the communists (absolute right by the State).

We are no longer in the times of the Cold War. Now the reality and the practice of mining activity demand the participation of firms, governments, and communities in the deliberation and agreement on the fundamental conditions of this economic activity. In this current reality, the Catholic Social Teaching promotes the idea of the universal destiny of goods. This is in line with the CEO’s statement – the idea that the earthly wealth is for everybody and cannot be appropriated in an absolute sense by anyone in particular. “Everybody” means communities, firms, governments, consumers of goods derived from the minerals extracted, and also the future generations, who will live in dignity if we respect the environment today.

One of the fundamental issues that need the agreement of firms, governments, and communities is precisely the mining contract. During the Day of Reflection, two examples were cited on the participation (or the lack) of local communities in the contracts.

The first example is the Democratic Republic of the Congo (DR Congo). The present Congolese Mining Code was approved in 2002, when different groups that wanted to finish six years of bloody war were deliberating in South Africa about the fundamental conditions for a Transitional Government in the DR Congo. This lack of consultation with the population and with the communities resulted in a Code and in a set of mining contracts according to this Code, which triggered the resistance of many local communities to the mining activity of firms. That is why in present times a revision of this Code is in process.

The second example is Uruguay. When a mining company (whose founder and CEO was in the Day of Reflection) started conversations with the government of Uruguay to start the exploitation of iron ore in one region, President José Mujica opened a parliamentary debate on the mining legislation. This debate led to a referendum to obtain the voice of the people and communities, where a specific law was approved. After two years of debate, the legal framework for mining activities in Uruguay is ready, and will probably encounter much less resistance than the DR of Congo.

“Just a damn commie” is therefore not only ironical but also anachronistic. Let us therefore abandon debates that belong to the past and focus our energies on the present needs and rights of the communities around the mines, of the host countries and governments, and of the firms and their other stakeholders. Only a deep dialogue and understanding of each other’s positions can lead to acceptable agreements.