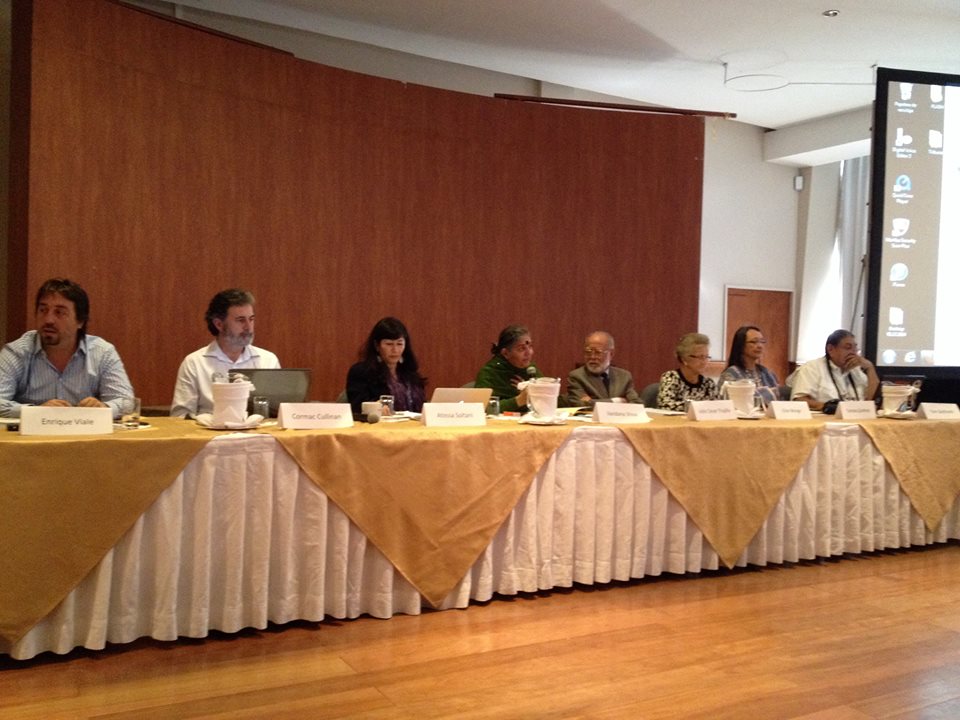 It may sound like a stretch of the imagination, but an important gathering of international leaders in the Global Alliance for the Rights of Nature  movement took place 13 to 17 January 2014 in Otavalo and Quito, Ecuador. According to a press release from the Global Alliance, the meeting’s two purposes are “to analyze the experiences of communities in Ecuador, Bolivia, and the United States that have already implemented ‘Rights of Nature’ laws and to devise a unified global strategy for advancing the Rights of Nature movement around the world.”

Few people know that the United States is a leader in this new effort to find a way to oppose ecological degradation. Local municipalities in the US were the first to adopt laws establishing legal structures that recognized Rights of Nature, beginning in 2006 with Tamaqua Borough in Schuylkill County, Pennsylvania. Since then, more than two dozen US communities have adopted local laws recognizing Rights of Nature, including Pittsburgh, Pennsylvania, which in November 2010 became the first major municipality in the US to do so. This is all the more surprising given the obstructionism of the US government in so many international ecological fora.

In addition, nearly 100 grassroots organizations in the Americas, Africa, Asia, Australia, and Europe are members of the Global Alliance for Rights of Nature, advancing the Rights of Nature movement in their municipalities, counties, provinces, and countries. Why don’t we as world citizens know more about this movement? Why aren’t our Catholic universities active in this movement? Our Jesuit law schools?

The summit concluded on Friday, 17 January, with a public Tribunal in Quito where eight Rights of Nature cases were heard. With law professor Ramiro Ávila from Ecuador serving as prosecutor, he sought admissibility of the cases under the 2010 Universal Declaration of Rights of Mother Earth. These cases included the Chevron/Texaco case in Ecuador, the oil exploitation of Yasuní-ITT in Ecuador’s rainforest, the destruction of Australia’s Great Barrier Reef, the 2010 Deepwater Horizon (BP) oil spill in the Gulf of Mexico, the practice of fracking in the US, copper mining in the Amazon, genetic modification of crops, and government and corporate blocking of action on global climate change. Carlos Pérez of Ecuador presented his own imprisonment case for protecting water as “emblematic of the criminalization of defending nature.”

Drawing on precedents established in other successful Rights of Nature cases – such as the one finding that the rights of the Vilcabamba River were violated by pollution – the Tribunal provided a model on adjudicating the rights of nature in courts of law.

For more information, please see Global Alliance for the Rights of Nature.

3 thoughts on “The rights of nature: A new strategy in the struggle for ecological wholeness”