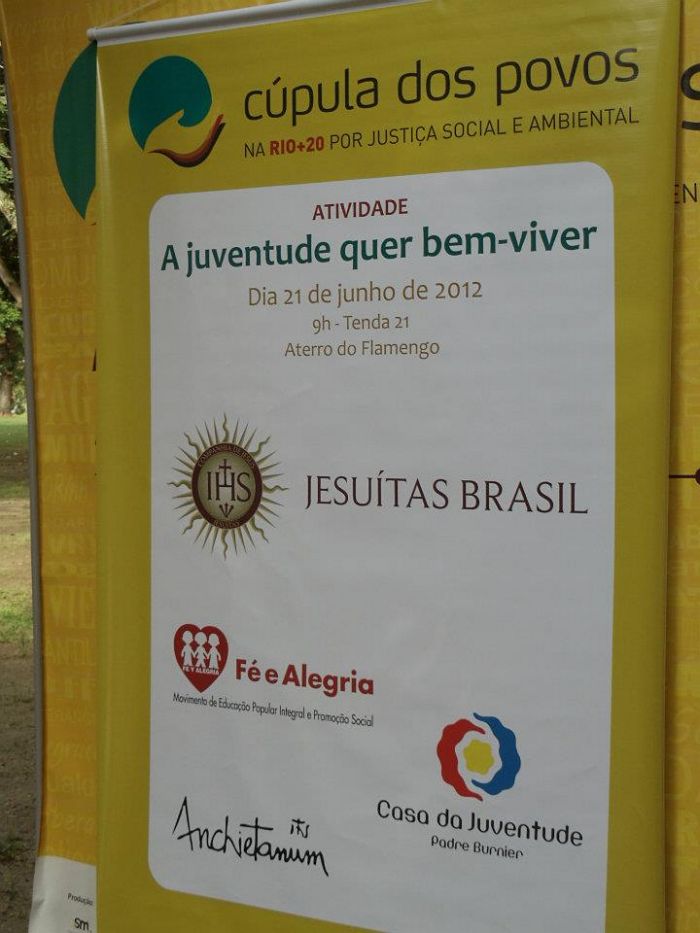 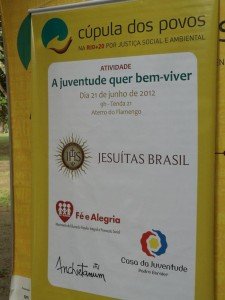 On the second week of June, the annual meeting of the social delegates of the Conference of Latin America and Caribe took place in Buenos Aires.  It was cold autumn at that time.  There were around 30 people coming from the Jesuit provinces in Latin America.  Among them there were the coordinators of the networks for indigenous peoples, Fe y Alegría and the Jesuit Service for Refugees and Migrants (SJR–SJM).  A few persons from funding agencies that collaborate with the provinces also accompanied them.

The following week in Rio de Janeiro, the directors of social centers from the Latin American Conference gathered, in the context of the Rio+20 Conference and the “Cúpula dos povos” or the Peoples’ Summit, the parallel conference of the social movements.  The number of attendants from Brazilian institutions was especially high.

Both meetings – of the social delegates and the directors of the centers – had their own agendas dealing with raising a shared awareness of a Latin American conscience and creating networks for collaboration among provinces and social institutions.  They have all been coming together for years and the atmosphere was very friendly.

In both meetings, Alfredo Ferro, SJ – social coordinator from the Conference – organized a day to dialogue on environmental topics.  They discussed the document “Healing a broken world” and they also looked at the ecological initiatives of the Society and discerned together the following steps to be taken to give a more efficient and integral apostolic response.

This was the first time that this topic was addressed in this way and raised a lot of interest.  Those who accompany poor communities in Latin America know that environmental issues are crucial for the future of these people.

Mineral resources are being exploited in the whole continent at an unprecedented scale.  Development megaprojects are soaring.  Logging is rife.  Agricultural industries are growing in the countries, taking huge areas of land for soya and sugar cane.  Rural and indigenous communities are suffering the consequences, and their ways of life are being threatened.  Jesuits accompany some of these communities and they are very aware of their problems, as could be noticed in the meetings.

It was also a good surprise to know the large amount of initiatives that Jesuits in Latin America run in the ecological field: retreats, publications, formation courses in education institutions, research, participation in civic movements, and promotion of development alternatives.  There are many initiatives, though not greatly interconnected.  In the future, they need to become more articulate to offer an integral response.  The participants underlined the need for interdisciplinary efforts and respond in a coordinated way with the contribution of all the apostolic sectors.  They also insisted that we need to root our efforts in Ignatian spirituality.

There is still a long way to go, but it is the right path.  This is one of the many contributions of people of goodwill to a more just and sustainable world.

Patxi Álvarez, SJ is Director of the  Social Justice and Ecology Secretariat in Rome.