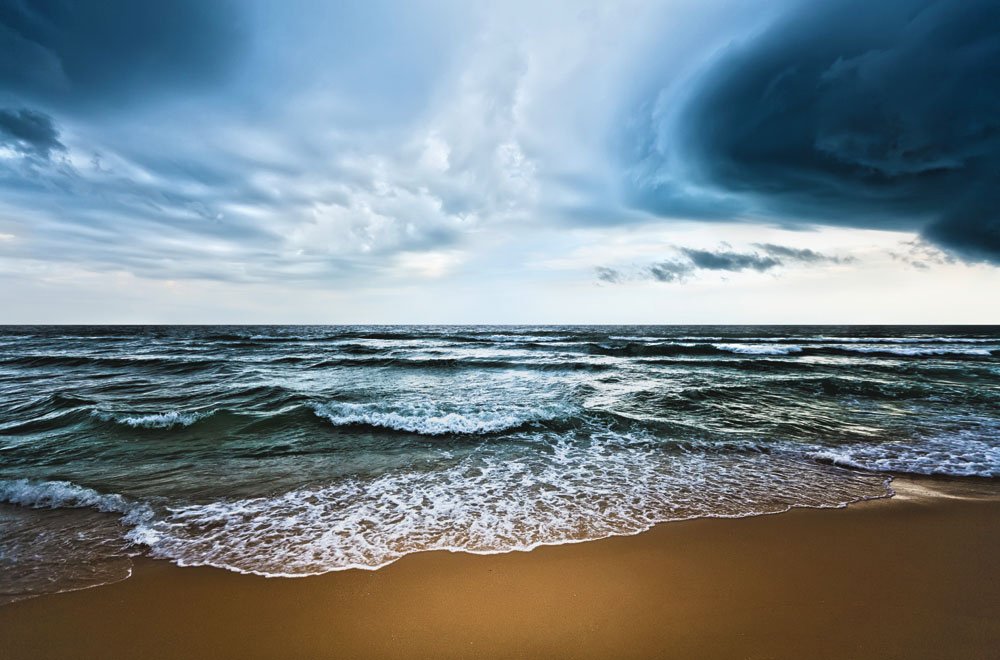 In the Formula Instituti of 1550, Saint Ignatius identifies the “reconciliation of the estranged” as a key mission for the Society of Jesus. GC 35’s focus on reconciliation as the call to “right relationships with God, with fellow human beings and with creation” gives a new impulse to this mission. The 2014 Intergovernmental Panel on Climate Change (IPCC), in its report Summary for Policymakers on Impacts, Adaptation, and Vulnerability  adds concreteness.

“Reconciliation with creation” or “right relationships with nature” refers to a conflict that the Summary describes as follows: “Changes in climate have caused impacts on natural and human systems on all continents and across the oceans.” While allowing for regional differences, the Summary lists impacts of climate change on food availability, livelihood and poverty, human health, human security, key economic services, ecosystems, freshwater resources, biodiversity, systemic risks, etc.

Here, we face conflicts or perceived incompatibilities between human development and nature’s capacity to provide the resources for such development. Reconciliation with creation aims at the positive transformation of such conflicts. Indeed, reconciliation is a “call to join anew” what has become estranged.

In our contribution, we highlight three key ideas of the Summary that suggest how reconciliation with creation is conflict transformation towards right relationships between human beings and their environment in times of climate change: adaptation and mitigation; reduction of vulnerability and the building of resilience; processes of decision-making and good governance.

Climate change can become an opportunity to discern and transform the conflict between human beings and their environments in a collaborative win-win way to improve their life-giving relationships. Ignatian spirituality emphasizes that such reconciliation with creation goes hand in hand with reconciliation with oneself, with fellow human beings (especially those who suffer the most vulnerable conditions), and with God.

IPCC authors point to the importance of mitigation – “a human intervention to reduce the sources or enhance the sinks of greenhouse gases” – and adaptation – “the process of adjustment to actual or expected climate and its effects” -, while pleading for transformative dynamics, that “could reflect strengthened, altered, or aligned paradigms, goals, or values towards promoting adaptation for sustainable development, including poverty reduction.”

Adaptation involved the reduction of vulnerability – “the propensity or predisposition to be adversely affected, […] including sensitivity or susceptibility to harm and lack of capacity to cope and adapt” – but may reach limits because of increasing climate change. Particularly for people living in poverty, resilience may be severely affected – “the capacity of social, economic, and environmental systems to cope with a hazardous event or trend or disturbance, responding or reorganizing in ways that maintain their essential function, identity, and structure, while also maintaining the capacity for adaptation, learning, and transformation.”

The report also focuses on “decision-making in a changing world, with continuing uncertainty about the severity and timing of climate change impacts and with limits to the effectiveness of adaptation” and is aware that the “recognition of diverse interests, circumstances, socio-cultural contexts, and expectations can benefit decision-making processes.” Such decision-making process can enable “transformations in economic, social, technological, and political decisions and actions” that lead to climate-resilient pathways towards sustainable development.

The Summary identifies actions that seek to transform the conflicts surfacing in climate change, but it does not address religious and spiritual universal resources available in all societies that could mobilize energies towards adaptation, answering vulnerabilities and decision-making processes on a global scale.

Dictionaries explain “spirit” as “vital breath.” As the air we breathe is crucial to life, so, in religious as well as secular traditions, spirituality refers to full life for all. Being spiritual, then, means being capable to give life in relationships that harbor universal interconnectedness: with other human beings, with nature, with the transcendent. Spirituality refers to the experience of transcendence as that which lies beyond all instrumentalization and enables a contemplative attitude. Mystical experiences reveal the profound recognition of the beyond in all that is at hand. Contemplative people are open to the sacred core of all things. The expression “reconciliation with creation” treasures precisely this core: human life as communion with oneself, with fellow human beings, with other creatures, with the universe, and with the Creator. This existential claim lies also at the heart of Ignatian spirituality and we will use its resources to further deepen the Summary’s keys to address climate change.

The challenge to listen to, to seek and to find God in all things, deepens the spirit of adaptation. As we listen to and see God at work in nature, we adapt our relationships with it while contemplating it to attain love. Human beings occupy a special place in nature: in them creation comes to consciousness. But these human beings tend to forget that they are also dependent upon creation and cannot separate themselves from their origins.

They are called to humility, to remember that they are “humus” (earth): they cannot stand over against the “rest” of creation. They have to face the struggle between their desire to dominate and their awareness to be a humble part of creation. Here lies a call to conversion: finding our right place in creation through our right relationship with God. That conversion should imply that those harming nature ask for forgiveness as a core element within the process of reconciliation with creation.

Jesus, in his life and on the cross, makes us aware of those who suffer and invites us to solidarity. Do we pay attention to the poor who lack the resources to respond to climate change? Do we realize how vulnerable nature itself has become, as it loses the carrying capacity of its ecosystems and of its biodiversity? Can we become humble enough to connect to these forgotten actors, so as to build collaborative resilience? Can we truly engage in a preferential option for the poor that allows the Society of Jesus to become a local and worldwide platform of solidarity to address climate change?

Processes of decision-making may gain from our traditions of common apostolic discernment (CAD) and our efforts to dialogue with cultures and religions, especially with indigenous realities. CAD requires the indifference that is aware of the interests, aspirations, fears, cravings, etc. that govern our attitudes, and transforms those from the perspective of God’s view on the world. CAD also calls for awareness of the forgotten actors at the table of environmental decision-making: the poor amongst us and vulnerable nature itself and the future generations that will bear the consequences of our decisions. Religions may advocate in their favor, allowing them to challenge our usual crisis responses: “real-politics” where military might and financial power decide.

The willingness to adapt, the reduction of vulnerability, and the craft of decision-making are tools of reconciliation in the conflict between nature and human beings. We believe that spiritual resources are also needed to transform this conflict: the word “creation” reveals us God at work in all things. We need to relate to the world as sacred to stop harming it. Open intercultural and interreligious dialogue and the preferential option for the poor allow forgotten actors to play a key role in common apostolic discernment.

As universal bodies, the Society of Jesus and the Church should advocate and care for an all-inclusive worldwide discernment of the Spirit of adaptation, vulnerability reduction and decision-making towards reconciliation with creation. When such spiritual resources are put at task, today’s crisis becomes a costly grace and a real sign of the times. Then faith and justice will truly be served.