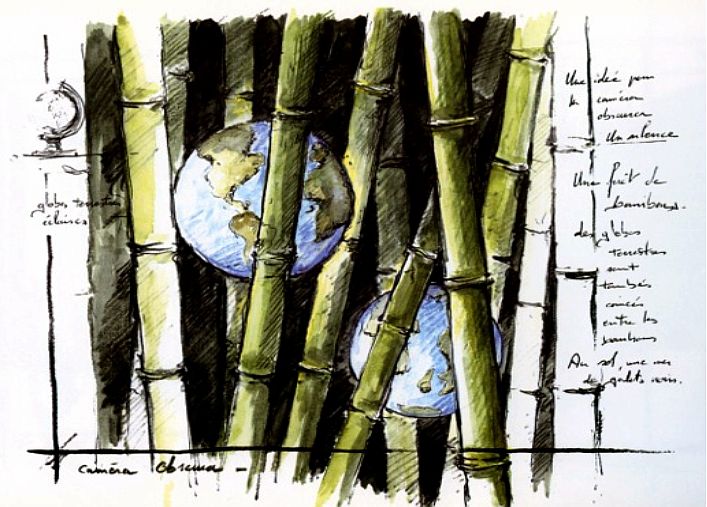 In this time of globalization, it’s very common to say that the “world is a village,” but should we rather say that “it is a garden?” This is the audacious proposal that made Gilles Clément one of the greatest French landscape designers, when he speaks of the “global garden” to describe the biosphere.1

Recognized as one of the great masters of the contemporary art of landscaping, Clément, who designed many areas in France, China, Chile, and in Algeria, willingly calls himself a gardener. His great biology culture, as well as his long experience and his creative genius, opens a new way of thinking about human action towards nature: the gardener’s own wisdom.2

The gardener is a wise person: an individual of patience, he waits the right season for pruning or planting; he is a contemplative before acting, he enjoys watching the piece of land he is responsible for.3 An experienced botanist, Gilles Clément highlights the “third landscapes,” spaces where nature can unleash its creativity as the field margins or a road and where the native plant species can grow up spontaneously.

From the experience of his own garden in the middle of France, he developed the concept of “garden in movement” which “builds on the wasteland, the living space left to the development of species who settled there.”4 It is therefore to guide, more than to force, in order to accompany the natural movement of development of a space: “do as much as possible for, do the less possible against” summarizes his posture as gardener.5

We are far from the “gardens to the French style” and Versailles, even though the vast tradition of landscape design is fully assumed in his work. However, this means an attitude in our relationship to nature probably much more accurate, “the living space is due to the multiplicity of systems, of life, and not to a selection. Today the garden claims to welcome this sort of life and not the kind of decor, stiff and gaudy which enslaved the tradition.”6 The acceptance of life certainly requires a better knowledge of the species, an awed relationship at the shapes and colours of the living beings, which cannot be neither indifference nor worship: “reverence and rejection merge in one point, the distance.”7 In fact, the garden is the place for an intimate relationship with nature, to walk, to be touched by the colours, sounds, scents, even caresses sometimes; it is also the place to be surprised by a host bird or butterfly, which appears unexpectedly in front of us … So the garden, as the landscape, are “territories of affection,”8 “creations of the imagination opposed to the environment, simply described as the state of things”.9

If we broaden our regard to the dimensions of the planet, then this experience leads us to believe the Earth as a “global garden” instead of a huge patch of living species. The human being can play there the role of a gardener, careful to preserve this diversity by opening as many places of creativity and reproduction as possible for the living, and so the Earth may become the lost paradise10 where God himself “likes to come walking in the cool of day.” (Gen 3-8)