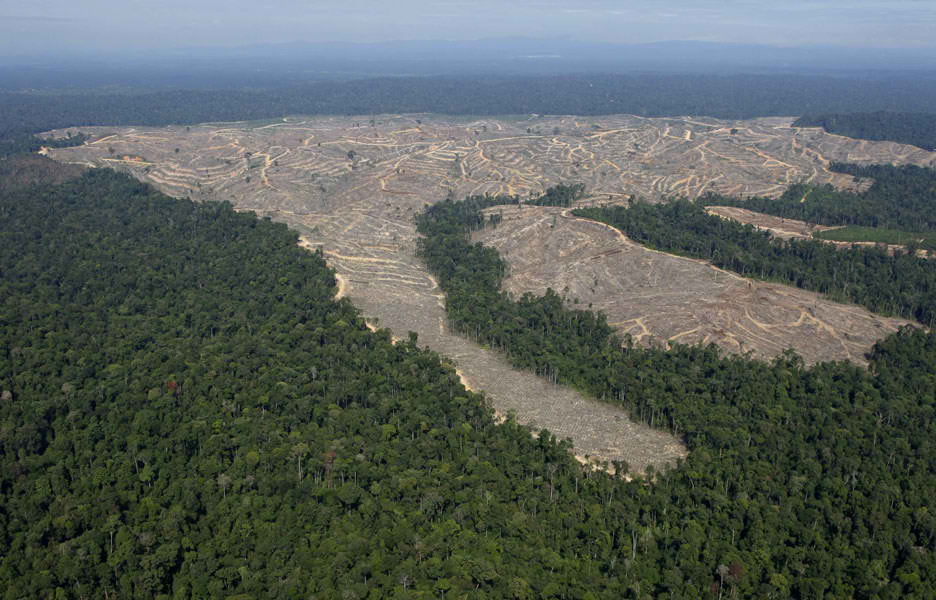 “The effort to promote a green and clean environment can be initiated by a simple action in our daily life,” said Fr Andang Listya Binawan, SJ during a “Go Green” course he gave to Jesuit scholastics last 21 to 22 July.  The course was held in Johar Baru Residence, one of five Jesuit scholastic residences in Jakarta, Indonesia.

During the course, we scholastics had presentations concerning environmental problems at the global, national, and local spheres.  We also shared some of the views of the Church and the Society of Jesus on environmental concerns.  Eventually, the course deepened our awareness of the environmental situation, such as the ozone layer depletion in the world’s atmosphere, and that it is critical to respond.

The damage to the environment and the need to manage declining natural resources are now concerns of the Indonesian Province of the Society of Jesus.  These are also confirmed through many documents released by the Holy Church and the Society of Jesus.  In his message for the 41st World Day of Peace last 1 January 2008, Pope Benedict XVI placed his understanding of peace, Creation, responsibility, and love into the context of the family and the environment.  He wrote, “The family needs a home, a fit environment in which to develop its proper relationships.  For the human family, this home is the earth, the environment that God the Creator has given us to inhabit with creativity and responsibility.  We need to care for the environment: it has been entrusted to men and women to be protected and cultivated with responsible freedom, with the good of all as a constant guiding criterion.”

In April 1999, Promotio Iustitiae released Reflections on Ecology with the title “We live in a broken world.” The title is an excerpt of the 34th General Congregation, decree 6, which says that mankind needs an integral healing in the condition of broken world.  This document and any other like-minded documents indicate the real concern of Society of Jesus on this problem.

In addition to talking about the real problem that we are now facing, we were also invited by Fr Andang to make real and simple actions that promote a green and clean environment.  For instance, we made a commitment to decrease the use of tissue paper, thereby decreasing the demand for this type of paper that is produced through tree logging.  Another action that is promoted by scholastics from Pulo Nangka Residence is minimizing the use of spray perfumes and mosquito repellents in spray cans, as these contain substances that contribute to the damage to the ozone layer.

During the homily, as we closed the Go Green Course with Holy Mass, Fr Andang encouraged us that this effort should be done faithfully and patiently as it needs time for people of Indonesia to inculcate the environmental way of proceeding.

The author is a second year Jesuit scholastic and now studies philosophy at Driyarkara School of Philosophy in Jakarta, Indonesia.